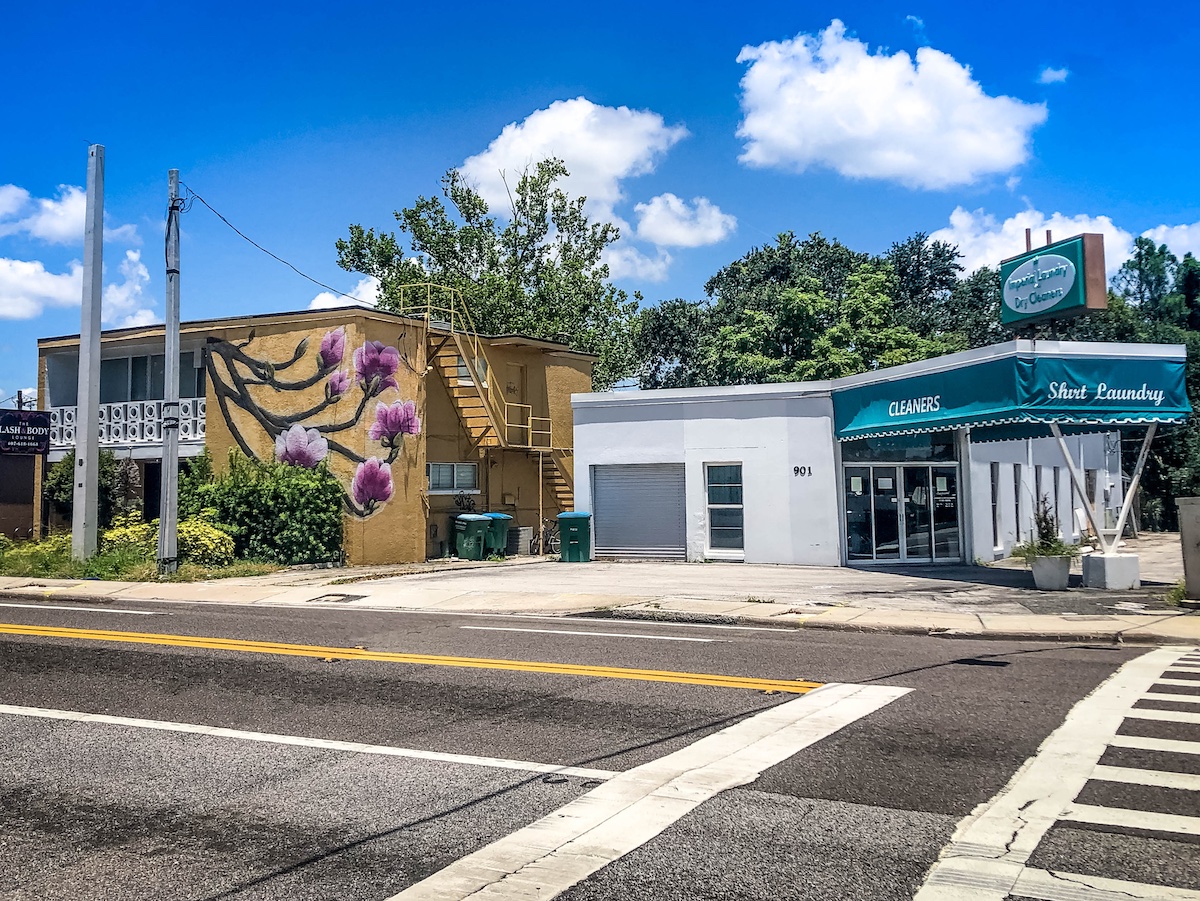 After approving the purchase agreement at a recent Community Redevelopment Agency (CRA) meeting, commissioners discussed potential plans to add a right turn lane to Denning southbound, turning west onto Fairbanks Avenue. City Manager Randy Knight said during the CRA meeting that he would begin design plans, but that funding still needed to be sorted for the project.

“The north-south intersection is a failing intersection, based on wait times,” said Winter Park Mayor Phil Anderson during the meeting. “Taking down the spa building will create a better sightline for traffic to merge onto Fairbanks.”

“I agree,” said City Commissioner Sheila DeCiccio. “We need to look into when we can do the turn lane, so we can clean that mess up there.”

Officials recommended demolishing both buildings simultaneously and using the lot for additional green space until the City decides on a permanent plan for the land.

Earlier this year, the City was also in negotiations to potentially purchase neighboring lots, 929-957 West Fairbanks Ave., which house businesses such as Austin’s Coffee, Vines & Forks, and The Wine Barn.

Customers and owners of Austin’s Coffee recently launched a campaign against the potential purchase. The group attended and spoke at public meetings, launched a website, established a social media presence, and attained media coverage to spread their cause among locals. Additionally, some commissioners felt concerned about the prospect of managing and owning the property for an extended period due to the age and state of the buildings to accommodate existing tenant leases. In April, commissioners decided to table discussions of the purchase of these properties.