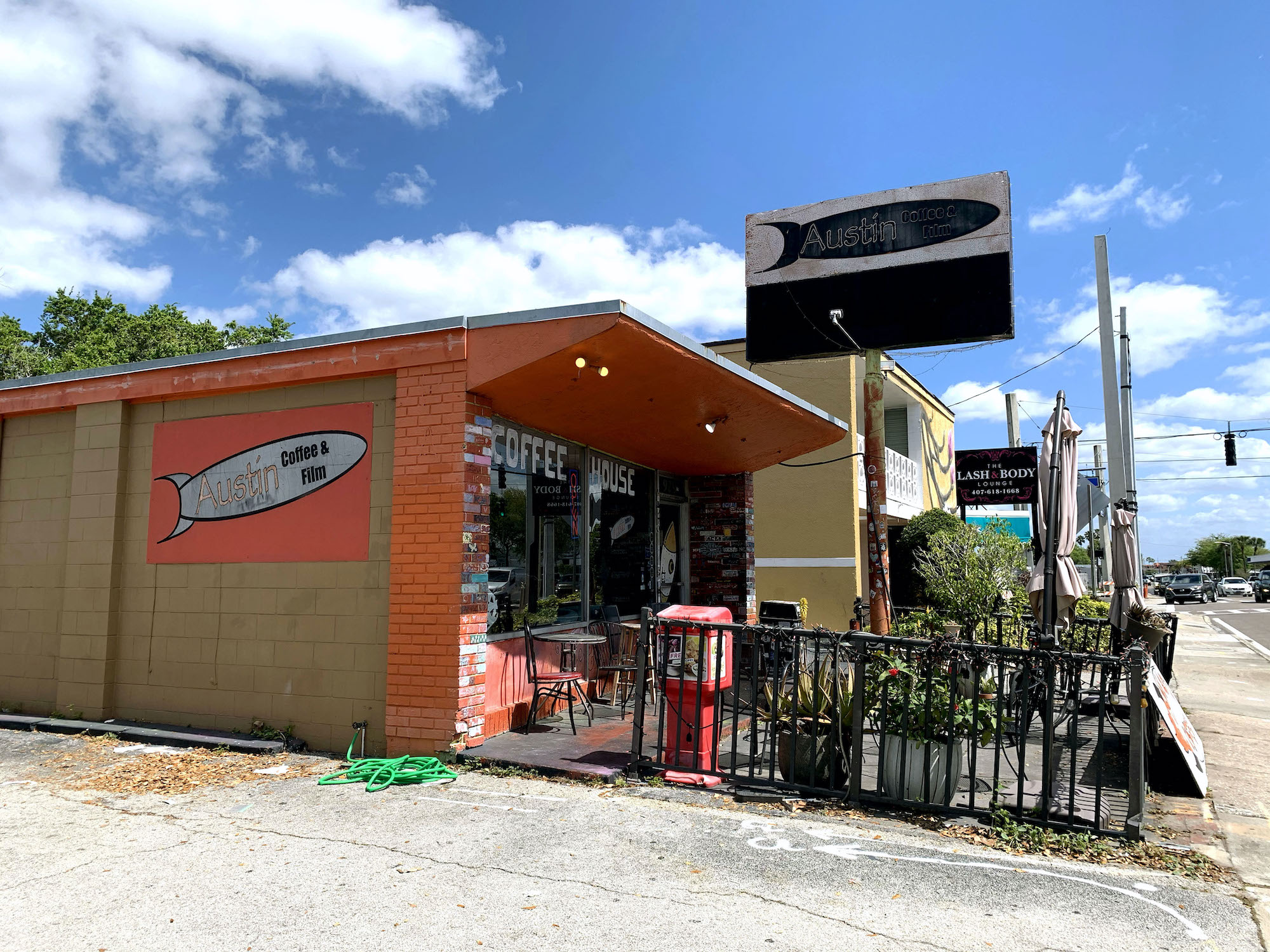 The City of Winter Park is eyeing the site of Austin’s Coffee and surrounding businesses as it makes way for traffic relief solutions. Photos by: Lya Dominguez

The City of Winter Park is eyeing the site of Austin’s Coffee and surrounding businesses as it makes way for traffic relief solutions. Photos by: Lya Dominguez
Share This:

On the corner of West Fairbanks Avenue and South Denning Drive sits Austin’s Coffee, a local café that boasts live music, coffee beans from around the world, local produce, and poetry nights. The future of Austin’s Coffee hangs in the balance, however, as the City of Winter Park eyes the land that Austin’s and other businesses call home. Though no official plan has been made, the buildings that occupy spaces at this site would be demolished to make way for proposed new developments such as a parking lot, crosswalks, and a turn lane if acquired by the City to alleviate traffic in the area.

As news of Austin’s possible closure continues to spread, the shop has emerged as a haven for artists, poets, and coffee lovers alike. Locals have since launched a website, Facebook group, and Instagram account to share ways to support efforts to save the space, including voicing concerns to commissioners. The Facebook group titled Save Austin’s Coffee has amassed over 640 members, and the @SaveAustinsCoffee Instagram account currently has more than 1,000 followers.

@SaveAustinsCoffee’s mission is clear: “don’t let Austin’s Coffee become a parking lot.” The “Save Austin’s Coffee” website homepage is also direct in stating why Austin’s needs the help of residents and regulars. “Austin’s Coffee has been a powering force in the Winter Park arts community for over 18 years. It is the only venue in the area that hosts open mic nights at least five days a week,” the site states. “This establishment has allowed countless people to further their art and personal development with the help of this venue. The idea that the city would callously dismiss the importance of such a venue for nothing more than expanded parking shows the massive disconnect between the city commission and the community it claims to serve.”

With tributes and personal stories pouring in online, many speak to Austin’s unique comfort. One Instagram user commented on a photo posted by @SaveAustinsCoffee that the coffee shop is “the safe place I could go relax and wait out the “storm” at home no matter when I needed it. If Austin’s closed, I’m not sure where else I could count on to be open in the middle of the night, in a safe area of town.”

During the public comment period of a recent Winter Park commission meeting, fans of Austin’s Coffee took the opportunity to share their fervor and support for Austin’s place in the community. And with support growing for the local spot, more action and advocacy is likely to come.