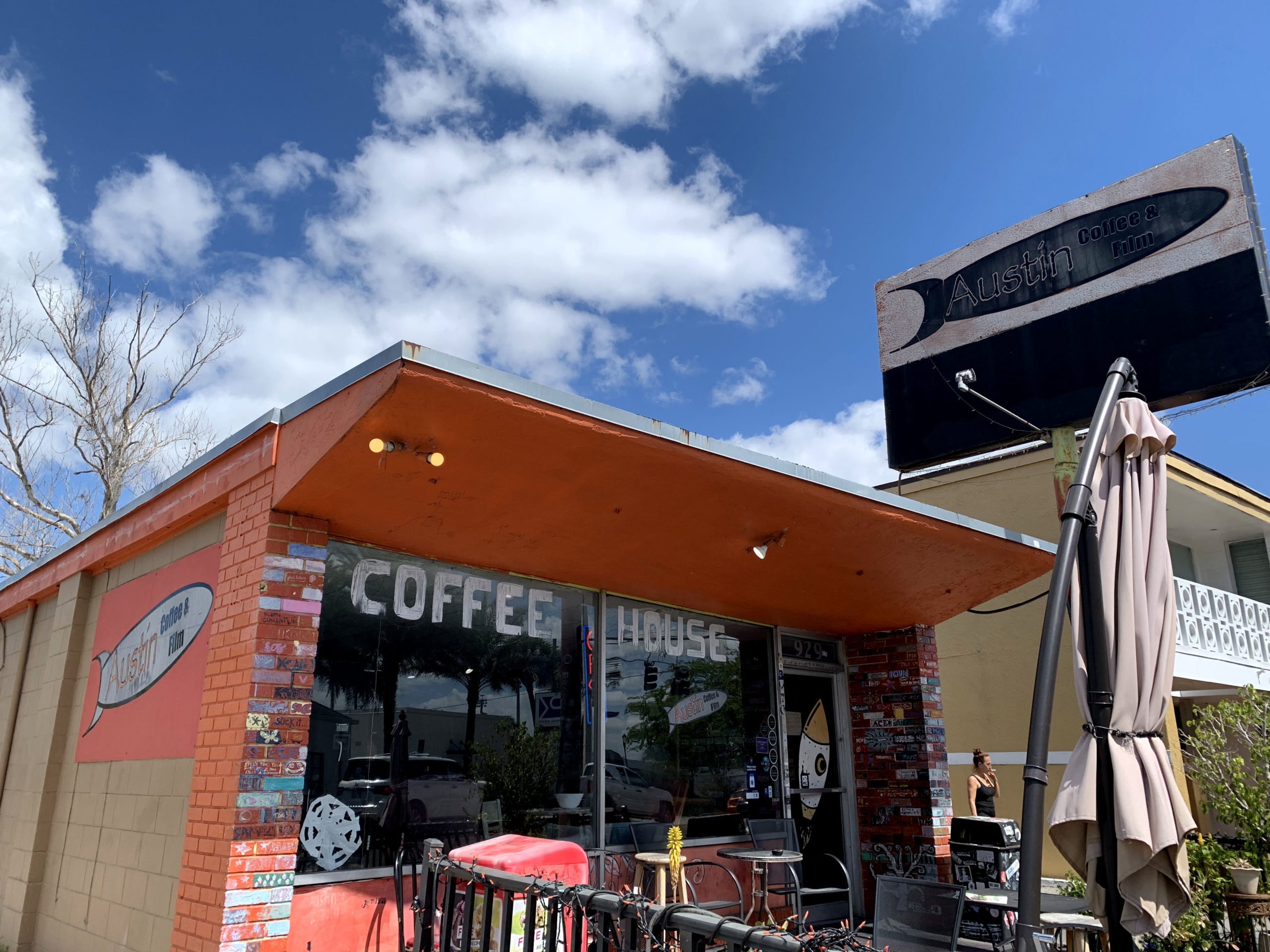 Purchase of the Fairbanks Avenue property that is home to Austin’s Coffee and other businesses has been put on hold by the Winter Park City Commission. Photo by: Lya Dominguez

Purchase of the Fairbanks Avenue property that is home to Austin’s Coffee and other businesses has been put on hold by the Winter Park City Commission. Photo by: Lya Dominguez
Share This:

On Wednesday, the Winter Park City Commission discussed the potential purchase agreement for 929 to 957 West Fairbanks Avenue and ultimately decided to table the deal with a 3-2 vote. The city has been considering purchasing property on the corner of Fairbanks and Denning Drive, including the site of Imperial Laundry & Dry Cleaners, Austin’s Coffee, and Vines & Forks by The Wine Barn in efforts to create traffic relief along Fairbanks Avenue and expand the nearby park area.

Two conceptual development plans have been proposed for the property, which is positioned along Lake Rose, that include features such as a southbound turn lane to regulate car flow, extended sidewalk, green space, and 70 plus parking spaces. One of the plans also includes a pedestrian walkway.

The agenda item from Wednesday’s meeting noted that the city carefully considered how a purchase agreement would impact the businesses on this property and specified that the spaces could remain occupied by the tenants until at least 2025 and that changes to the property could potentially be delayed up to 15 years.

In the meantime, the city would act as a commercial landlord to the property’s tenants and offer the opportunity to extend existing leases or negotiate other options. This detail was significant considering the recent community outcry from locals who feared the possible demolition of Austin’s Coffee. Some commissioners felt concerned about the prospect of managing and owning the property for an extended period due to the age and state of the buildings.

Now that the commissioners have opted to table the purchase for the time being, research will be conducted to determine how significantly the changes under consideration would impact traffic and car flow in the area. City staff will also determine whether a purchase of the roughly 20 feet of property nearest the curb is possible, which could allow the current buildings to remain on the lot with minor adjustments and reduce risk for the city.

In a Feb. 7 email to the32789, Vice Mayor Todd Weaver stated that he will… Read More