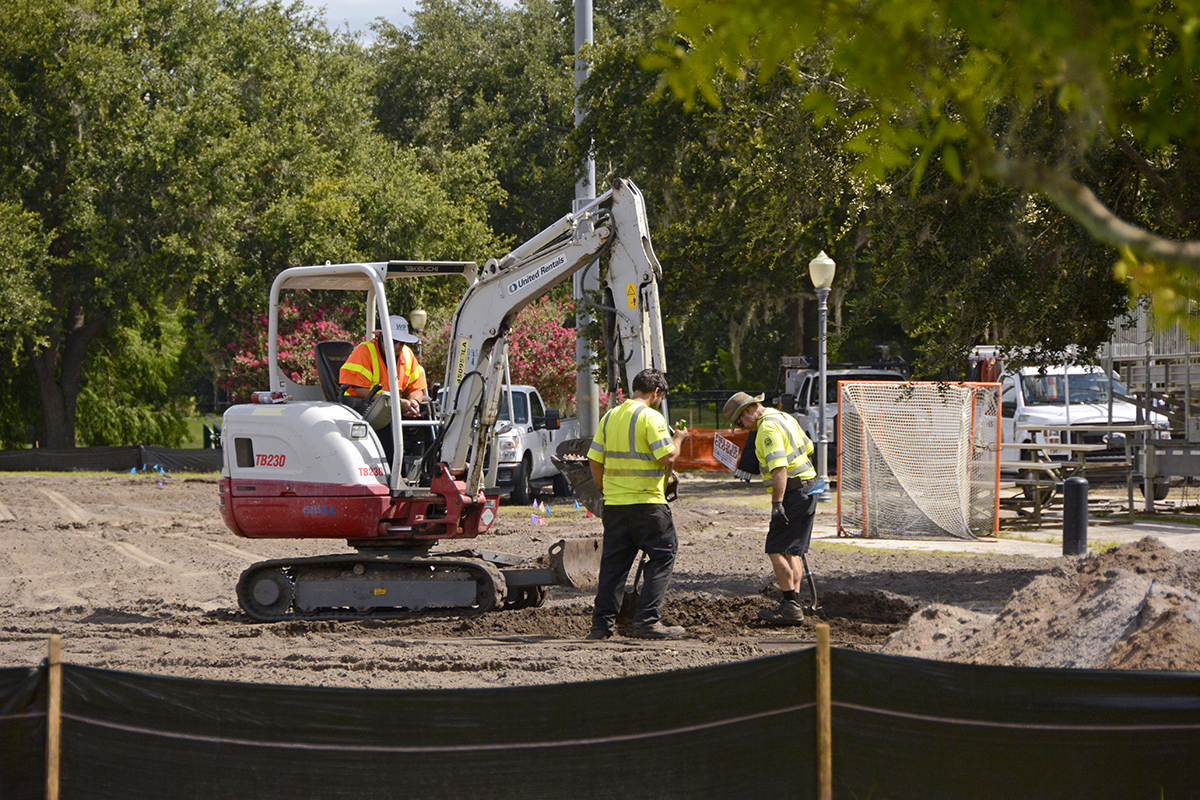 Winter Park City Manager Randy Knight discussed the status of projects, from utilities undergrounding to park renovations, during a Jan. 11 meeting with residents. Photo by: Jim Carchidi
Share This:

The Jan. 11 event began with an overview of previous announcements that included the purchase of the Winter Pines Golf Course, the Swoope Avenue property swap, and the start of an FDOT study to assess traffic safety issues along Osceola, Brewer, and Aloma Avenues.

Knight opened the floor to inquiries from the in-person audience and calls from those viewing the live-stream. The Q&A session featured the following updates:

Construction at the Progress Point green space is set to begin this month with the installation of safety fencing, and Palmetto Avenue will be realigned to create a larger acreage for the property. The construction timeline is as follows:

Knight also said that discussions are in progress to rename the park, which is currently named for the former Progress Energy offices housed at the site.

The redesign of Martin Luther King Jr. Park was stalled due to a rise in project costs. According to Knight, the approved designs needed to be “value engineered” and must now be approved by City Commission. The city is also in the process of choosing an artist to design a monument to Dr. King that will be part of the new park design.

Knight said crews are working to fill the remaining potholes that opened in the wake of last year’s storms. Staff is also augmenting the existing camera system, used for examining sewers, with a second camera to check stormwater lines.

Lessons learned from last year’s hurricane season, and ideas to improve stormwater and sewer management will be discussed at an upcoming commission work session.

Ongoing supply chain issues have impacted the availability of materials and stalled efforts to underground residential service lines. According to Knight, the project’s estimated 2026 completion may be pushed to 2027 or closer 2030.

“We can’t buy transformers right now so we’ve pretty much ground to a halt,” he said, adding that the scarce supply of materials has resulted in a 175% price increase. Winter Park’s current supply of transformers proved to be an asset during the power outages caused by Hurricane Ian. The remaining inventory will be stored for emergency use.

Knight also explained that the removal of utility poles, in areas where electrical undergrounding is complete, hinges on the removal of other lines (cable, telephone) which are at the discretion of the respective providers. “We can’t force them off,” he said. “They’ve been cooperative, but slow at getting their lines off the poles.”

Regarding fuel surcharges: “Fuel is a patch-through (to the consumer), we didn’t make a profit off the fuel when the rates shot up last summer,” he said. “Rates will lower as fuel costs come down.”

Knight addressed a question about the current state of the city’s effort to acquire the post office property at 300 N. New York Ave.

“One of the things we’re trying to do is get a right of first refusal that, if they ever do decide to sell it, that we would get the first shot at buying it,” he said. “They say they do not do that. It’s not in their regulations.”

According to Knight, the concern is the future use of the property if it ever should be sold.

“Their position is they’re not selling it,” he added. “They say they have no plans to move so we have nothing to worry about. But we will attempt to get something secured so that we know (the property) ultimately gets in our hands.”

The CoffeeTalk series will begin again in August. The schedule will be posted on the City of Winter Park website.