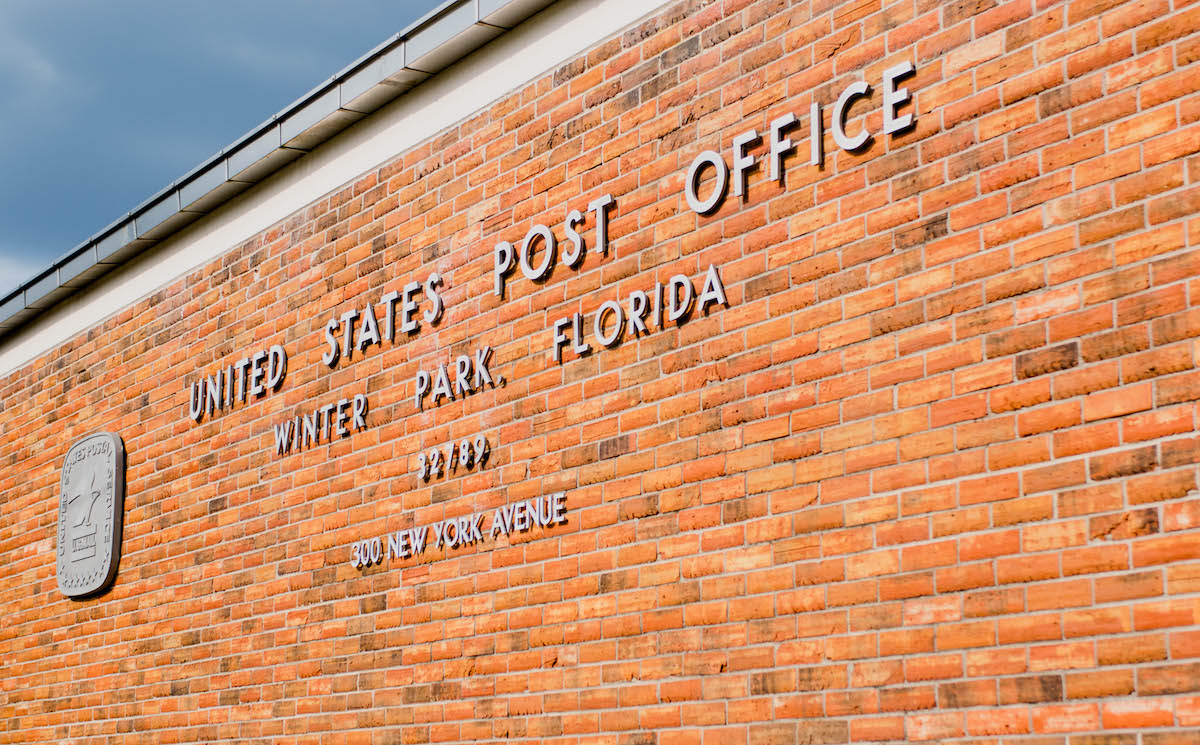 As the City of Winter Park furthers its search for a qualifying property to house USPS, the City is calling on the public for assistance. Photo by: Abigail Waters

As the City of Winter Park furthers its search for a qualifying property to house USPS, the City is calling on the public for assistance. Photo by: Abigail Waters
Share This:

In efforts to relocate the United States Postal Service (USPS) facility, the City of Winter Park announced plans last week to open its property search to the public. Currently located at 300 N. New York Ave., the USPS property is an ongoing conversation for the City, which has been working on negotiations with USPS to purchase the property for years.

During its city commission meeting on August 25, commissioners moved to create a request for proposal (RFP) for a property that meets the requirements to house a new post office elsewhere in the city. As discussed in previous work sessions, the City is considering potentially expanding green space in Central Park with the 2-acre parcel of land that currently houses the facility.

In May, commissioners instructed City Manager Randy Knight to continue pursuing a deal with the federal government to purchase the post office by providing a replacement for its retail and distribution facility. They then approved the hiring of a lobbyist based in Washington, D.C., Thorn Run Partners, to assist in federal legislative lobbying, advocacy services, and purchase negotiations.

The site for the new facility will need to be large for a 23,000-square-foot, single-story building and 137 surface parking spaces. Knight predicts that approximately two to two and a half acres of land will be necessary to meet these needs.

According to the discussion at the meeting, the City will use social media and other channels to advertise the RFP, inviting locals with a qualifying property to contact the City with more information. The RFP will stay open between 30 and 90 days.

“[Additional language] doesn’t exclude us from negotiating other opportunities,” Knight said in the meeting. “It’s hopefully a way to get to people out there that we might not have thought of.”

In June, six former Winter Park mayors penned an editorial column in the Orlando Sentinel warning the current commission about overpaying to acquire the post office. The cost to purchase the necessary land and build a new facility could total between $12 million and $15 million, and the assessed value of the current post office is only $4.8 million.

Additional considerations include the debate surrounding the importance of maintaining the midcentury modern mural that wraps around two sides of the current building. The artwork holds significant importance in the opinion of many members of the Winter Park community, and its potential removal has become a controversial point of discussion.