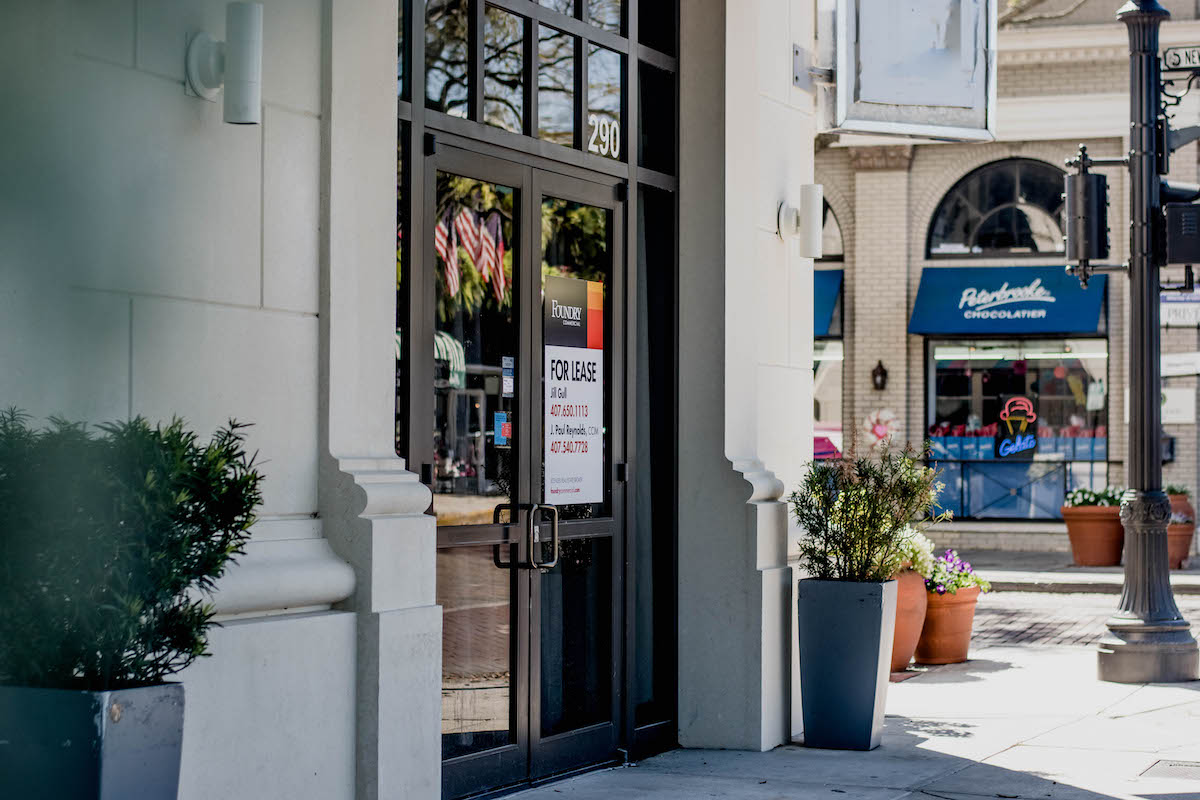 Coming soon to Park Avenue, AVA MediterrAegean, a high-end restaurant concept based out of Miami, is set to open as early as fall 2021. Photo by: Abigail Waters

Coming soon to Park Avenue, AVA MediterrAegean, a high-end restaurant concept based out of Miami, is set to open as early as fall 2021. Photo by: Abigail Waters
Share This:

In May, 2021, Luma on Park filed a complaint against its former landlord William (Bill) T. Battaglia and Florida-based Foundry Commercial, LLC for monetary damages and injunctive relief to reclaim the space. According to recent documents reported in Orlando Weekly, Luma on Park and its former landlord recently called a cease-fire in their rivaling lawsuits against one another after mediation.

For 15 years, Luma on Park occupied the corner space located at 290 S. Park Ave., offering fine dining to Winter Park residents and visitors until the restaurant closed in September 2020.

The landlord-tenant lawsuit battle first started when Luma’s former landlord, BFC Park Avenue, LLC (BFC), filed a lawsuit against its former tenant, Luma on Park. According to the landlord, the longtime tenant owed BFC $180,000 in rent, which had gone unpaid for six months leading to Luma’s Park Avenue departure. Accompanying its lawsuit, BFC Park Avenue also claimed that Luma on Park was “harassing” its new tenant, AVA MediterrAegean, for information about its rent agreement for Luma’s former spot.

In response, Luma on Park filed its own lawsuit against CEO and president of BFC Park Avenue, Bill Battaglia (an individual), and BFC’s managing company on behalf of the landlord, Foundry Commercial, LLC.

In its complaint, Luma on Park claimed that Bill Battaglia, due to a dispute with his brother, Robert Battaglia, interfered with Luma’s contract with the landlord, causing “substantial damage” to the former Park Avenue restaurant. According to the lawsuit, Bill Battaglia allegedly violated the Florida Deceptive and Unfair Trade Practices Act (FDUTPA), and Luma’s request for monetary damages was expected to exceed more than $5 million. Luma also explained its overall goal: reclaim the Park Avenue corner space that the restaurant leased for more than 15 years.

According to Sasso’s statement, Luma’s lawsuit was “revisionist history which ignores its own actions and poor business decisions.” Additionally, the former tenant allegedly received money from the Paycheck Protection Program (PPP) at the time but continued rent-less operations from April 2020, when its lease expired, until September 2020, when it officially closed its doors. According to the Small Business Administration (SBA), the PPP granted over $400K in loans to Luma.

“Luma voluntarily abandoned the space, removed all of the furniture and fixtures, and turned over possession to the landlord in September 2020 while still owing the landlord over $180,000 in rent. Rather than acknowledging its own choices, Luma is trying to capitalize upon a family dispute in an effort to disparage the landlord but fails to disclose that after an emergency hearing upon the brother’s motion, the court denied the requested relief as the brother had failed to present substantial competent evidence in support of his allegations against Bill Battaglia.”

“Park Avenue is such a special place, not just in Winter Park, but in all of Florida, that frankly, the phone began ringing off the hook with interested parties once they found out Luma had left. The landlord was relieved to find such a high-quality tenant as AVA MediterrAegean, which will add a very special touch of culinary magnificence and epicurean excellence to Park Avenue. BFC Park Avenue, LLC looks forward to being able to have a world-class restaurant in this iconic location for many years to come.”

In its June press release, Foundry Commercial also confirmed that Ava MediterrAegean would acquire Luma’s former space and open its concept as early as fall 2021. According to the group, there was an overwhelming interest in the corner space given the “continuing challenges in the restaurant industry.”

“We are absolutely convinced we selected the right concept and the right people with whom to move forward,” Bill Battaglia stated in the press release. “The positive momentum and additional opportunities that will spin off from this exciting multi-experience concept will enhance the Park Avenue district for years to come.”

Operated and managed by the same team as MILA MediterrAsian, a concept based out of Miami, AVA MediterrAegean offers traditional cuisine with modern flavors infused with healthy ingredients, techniques, and a philosophy of balanced eating from the Mediterranean and Cycladic islands.

According to Gregory Galy, one of MILA Group’s founders, locals can look forward to formal and informal dining options, two bars (one traditional and one focused on mixology and creating innovative cocktails), and an underground VIP lounge experience reserved for private AVA members only.

“AVA MediterrAegean’s philosophy embraces the importance of slowing down, connecting with loved ones, and enjoying the moment to experience a one-of-a-kind dining experience,” Galy said.

Although details of the settlement are unknown, the lawsuit from Luma on Park did not impact AVA’s plans to open in fall 2021. Plans for a grand opening have not yet been announced.