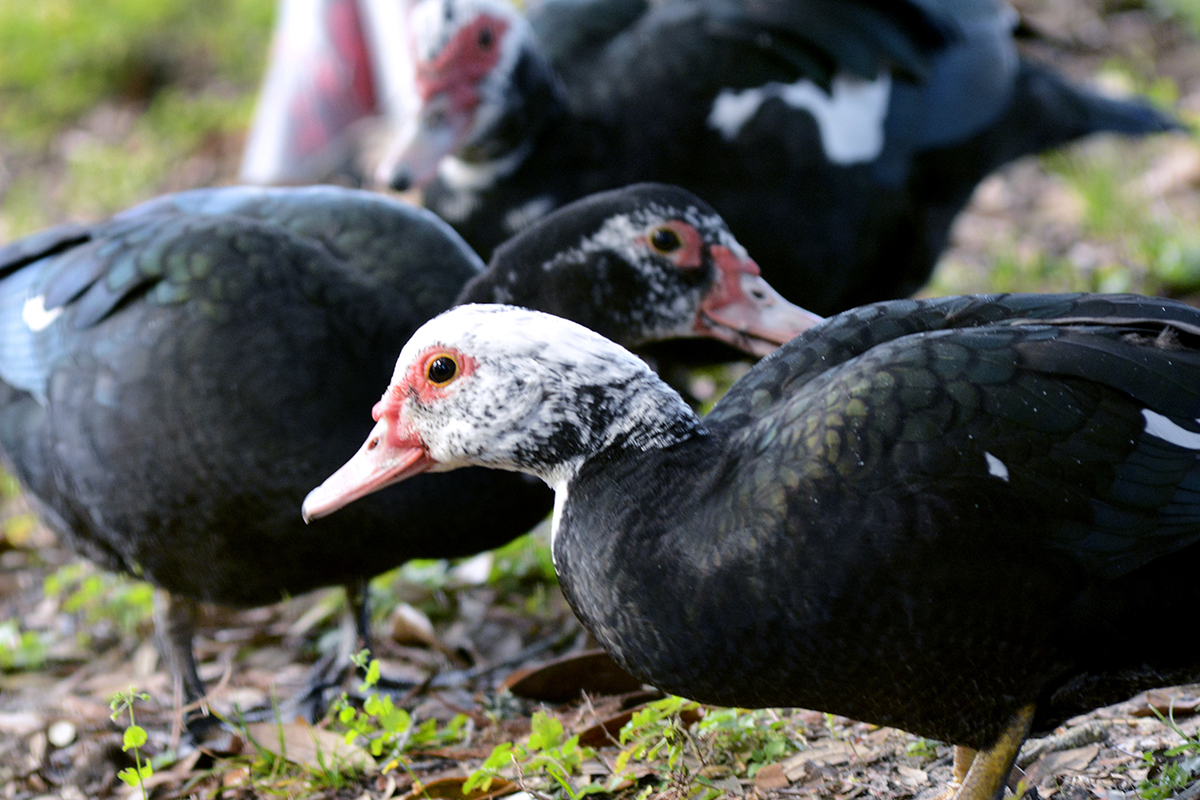 Winter Park commissioners voted to move ahead with a program for the humane relocation of the City’s invasive Muscovy ducks. The program focuses on public awareness, humane trapping and relocation, and re-establishing native waterfowl. Photo by: Jim Carchidi

Winter Park commissioners voted to move ahead with a program for the humane relocation of the City’s invasive Muscovy ducks. The program focuses on public awareness, humane trapping and relocation, and re-establishing native waterfowl. Photo by: Jim Carchidi
Share This:

Winter Park City Commission unanimously approved a proposal for the removal of the City’s population of invasive Muscovy ducks during its December 14 meeting.

As previously reported by the32789, the ducks pose numerous threats to the environment, from the bacteria and high nitrogen content of their droppings to competition with native species for resources. Yet their removal has been a topic of controversy.

“People love to feed ducks,” Winter Park Natural Resources & Sustainability Director Gloria Eby told commissioners. “It is an emotional subject and we’re very conscious of that, which is why we want to be very transparent of this process.”

The proposal, previously approved by the Lakes and Waterways, Keep Winter Park Beautiful and Sustainable, and Parks and Recreation Advisory Boards, will focus on the neighborhoods by Lake Knowles and Lake Wilbar where approximately 40 Muscovies currently reside.

“We’ve had reports where the ducks have been charging at small children, charging at pets,” said Eby. “It’s also a vehicular issue – they are coming into the street and causing a traffic hazard, and the ducks are being injured.”

She also noted that no animal care facilities will take in Muscovies because, as an invasive species, they are not considered a priority.

Removal efforts will focus on public awareness and an integrated management program which includes:

A licensed trapper will handle the removal and there is an emphasis on humane treatment. “There’s a program in South Florida where (trappers) come out and they just throw a net, and it causes a lot of trauma for the birds,” said Eby. “We’re opting out of that.”

She also noted that, during a pilot campaign, signage advising against feeding the ducks was removed by citizens. Permanent signs will be installed moving forward.

“There’s no reason to destroy these animals – I’m opposed to it,” said David Williams of Tyree Lane, who was the only resident to register for public comments. “I’m sure there’s other people, if they’re feeding these animals, they’re unhappy too.”

“These ducks multiply and push out native wildlife,” added Commissioner Todd Weaver. “People that want to feed ducks, we want them to feed native ducks. These are not native – and they’re destroying the habitat for our native species.”

According to Eby, funding for the removal program would come from the Keep Winter Park Beautiful and Sustainable budget.

Efforts are expected to begin in January and additional locations, including Martin Luther King Jr. Park, Lake Virginia, and Lake Killarney, are also under consideration for the program.