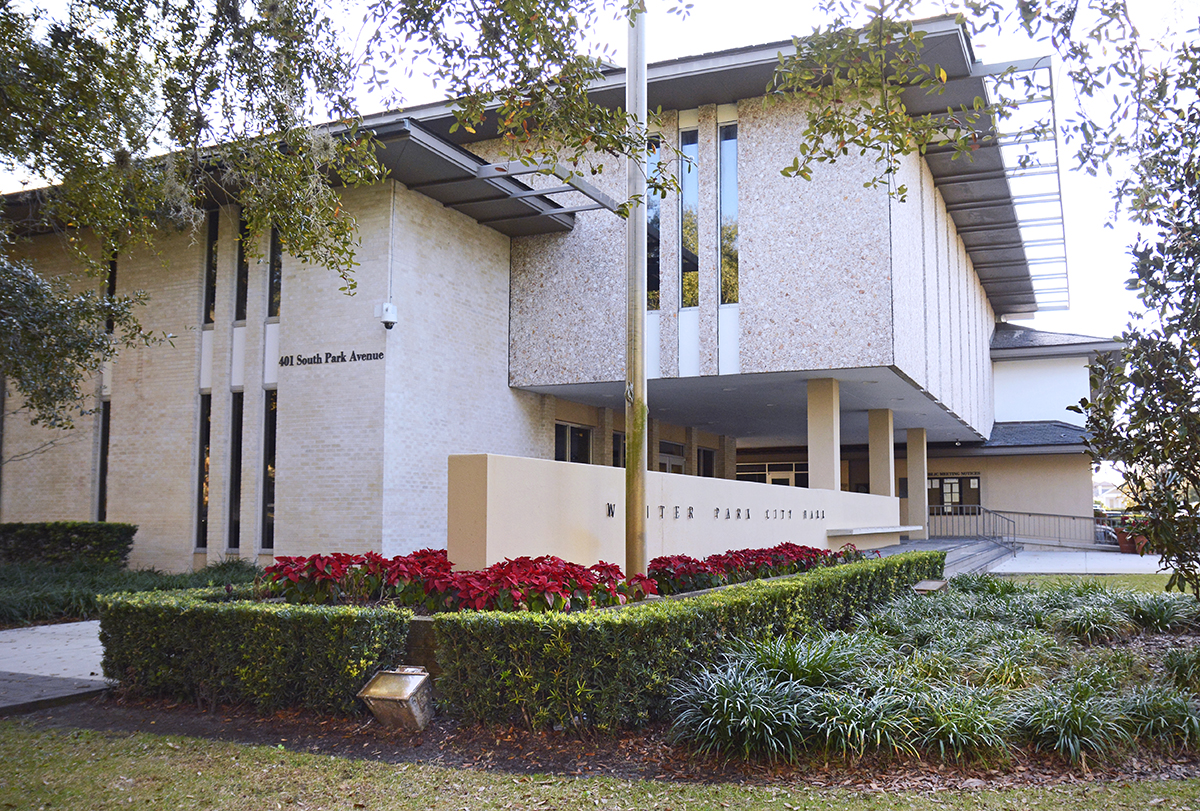 Winter Park City Commission met on Oct. 6 for a shortened version of its Sept. 28 meeting that was cancelled due to Hurricane Ian. Photo by: Jim Carchidi

Winter Park City Commission met on Oct. 6 for a shortened version of its Sept. 28 meeting that was cancelled due to Hurricane Ian. Photo by: Jim Carchidi
Share This:

After Hurricane Ian cancelled the Sept. 28 city meeting, Winter Park commissioners gathered on the evening of Thursday, Oct. 6, with an abbreviated agenda and updates on cleanup efforts.

The citywide budget of $198 million, originally brought before City Commission in July, had since undergone several adjustments to allocations in the CRA and General Fund budgets that include:

Lakes: Water levels are starting to recede, but remain high with Lake Killarney more than a foot above its normal level. All Winter Park Lakes remain closed to avoid property damage from wakes, created by motorized water vehicles, and the possibility of personal injury from floating or submerged debris.

Wastewater: Lift station operations remain hampered by high water levels. “We still have a couple of hotspots that are spilling out through the system,” said Knight, noting that cleanup crews are being dispatched to assist with reported wastewater overflow in streets, sidewalks, and yards. Residents are asked to limit water usage, and proper sewage cleanup procedures are posted on the city website.

Debris pickup: WastePro has completed pickups for half of the customers on each route. Trucks will be out for regular household pickups on Thursday and Friday with yard waste pickup beginning again on Saturday.

Electrical utility: Approximately 3,800 customers were without power at the height of the storm. Of that amount, 2,000 resulted from two switchgear failures caused by flooding. According to Knight, all power was restored by 1 p.m. on October 2.

Knight also mentioned that a water remediation grant program for uninsured and low-income households has been posted on the City of Winter Park website.

The program will reimburse up to $1,500 in water removal services for qualified homeowners. Remediation can include the removal of water damaged flooring, furniture, and drywall.

To qualify, applicants must be the primary owner of a property within the Winter Park city limits that received significant flood damage from Hurricane Ian. The homeowner must have applied to FEMA through www.disasterassistance.gov, and cannot have any existing coverage for flood damage. Qualified applicants must also have a household income that is at, or below, the 2022 Orange County limits for low-income households. Click here for additional information including the income table and grant application.

Residents onhand for public comment gave commissioners an overview of frustration with city services that came to a head during Hurricane Ian.

Mayor Phil Anderson said that the City has, “the intentions of moving that project along as fast as we can.”

Sonia Burton, of Arbor Park Drive, made commissioners aware of ongoing flooding issues in her neighborhood, noting that the storm drains are not large enough to prevent flooding during heavy storms.

Nancy Gerow Morgan, also of Arbor Park Drive, reported problems with an overflowing storm drain across the street from her home. She stated that her house had been flooded during previous storms, and again last week from poor street drainage and overflow from a drainage ditch behind her property.

Vice Mayor Todd Weaver commented on a stormwater capital investment project, between the City of Winter Park and Seminole County, that is currently in progress with construction scheduled for spring 2023.

“When we do these projects we not only have Seminole County to deal with, but we have FDEP (Florida Department of Environmental Protection) and the St. Johns Water Management District,” said Weaver. “If we increase the capacity and the flow then somebody else gets it downstream.”

In the only non-storm-related comment, David Davich, of Pennsylvania Avenue, asked commissioners to address traffic and pedestrian safety. Davich noted his own experience with a hit-and-run driver while crossing New York Avenue in June. He asked for increased enforcement in the form of police presence and traffic cameras. “I know you can’t make cars disappear,” he said. “But I know there’s more that can be done.”

The Oct. 12 City Commission meeting will include items from the Sept. 28 agenda that were not covered in this meeting. Click here to see the full agenda.