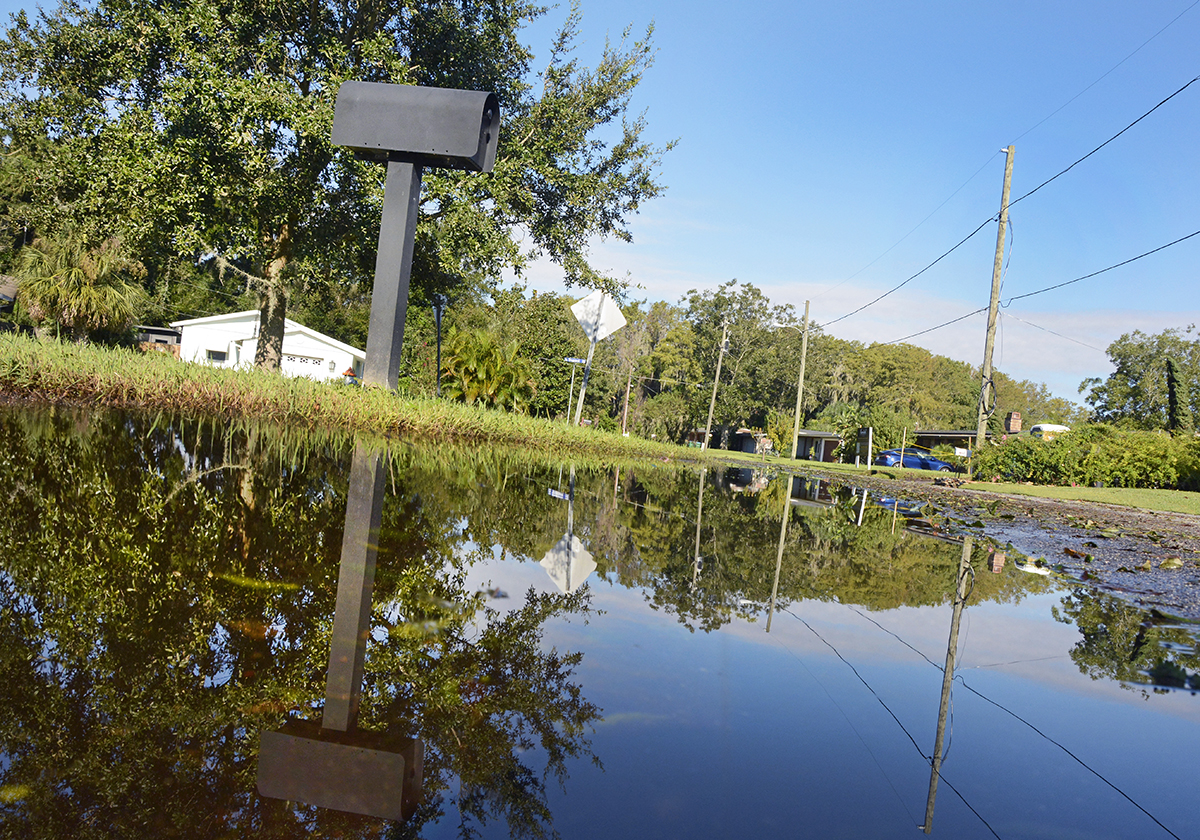 Flooding throughout the Winter Park area has resulted in some reports of sewage backups. Photo by: Jim Carchidi

Flooding throughout the Winter Park area has resulted in some reports of sewage backups. Photo by: Jim Carchidi
Share This:

As Winter Park continues cleanup efforts in the wake of Hurricane Ian, sewage overflow has been reported. According to some residents along Lakemont Avenue, water carrying the smell and signs of raw sewage has flowed from nearby storm drains, collecting in the street and on properties.

City leaders, during a hurricane response workshop on Sept. 30, stated that flooding has resulted in the limited operation of local lift stations, used to move sewage to wastewater treatment plants. Advisories posted on the City of Winter Park website ask residents to limit water usage including toilet flushing, dishwashers and clothes washers, the length of showers, and the amount of water used in bathtubs. Residents are also asked to stop outdoor water usage including irrigation, pressure washing, and car washing.

“For areas affected by sewer overflows, we expect those overflows to stop as the lake waters come down. On October 2, we believe that the Chain of Lakes peaked and the other lakes such as Lake Killarney and various retention ponds peaked shortly after the storm left on the afternoon of September 29.”

“I would expect about two-to-three days given that this is beyond a 100 year flood,” she said, referring to a flood event that has a 1 in 100 chance of being equaled or exceeded in any given year.

Mayor Anderson’s letter also advises residents in the vicinity of sewer overflows to contact their insurance company and utility company, and to have a registered contractor conduct septic tank cleanup.

Efforts to contact the City regarding recently reported sewage overflows were unsuccessful. A Florida Department of Health list of recommended procedures for dealing with an overflow is posted here.

Please email messagecenter@cityofwinterpark.org with any reports of sewage issues to help officials maintain a list of affected areas.