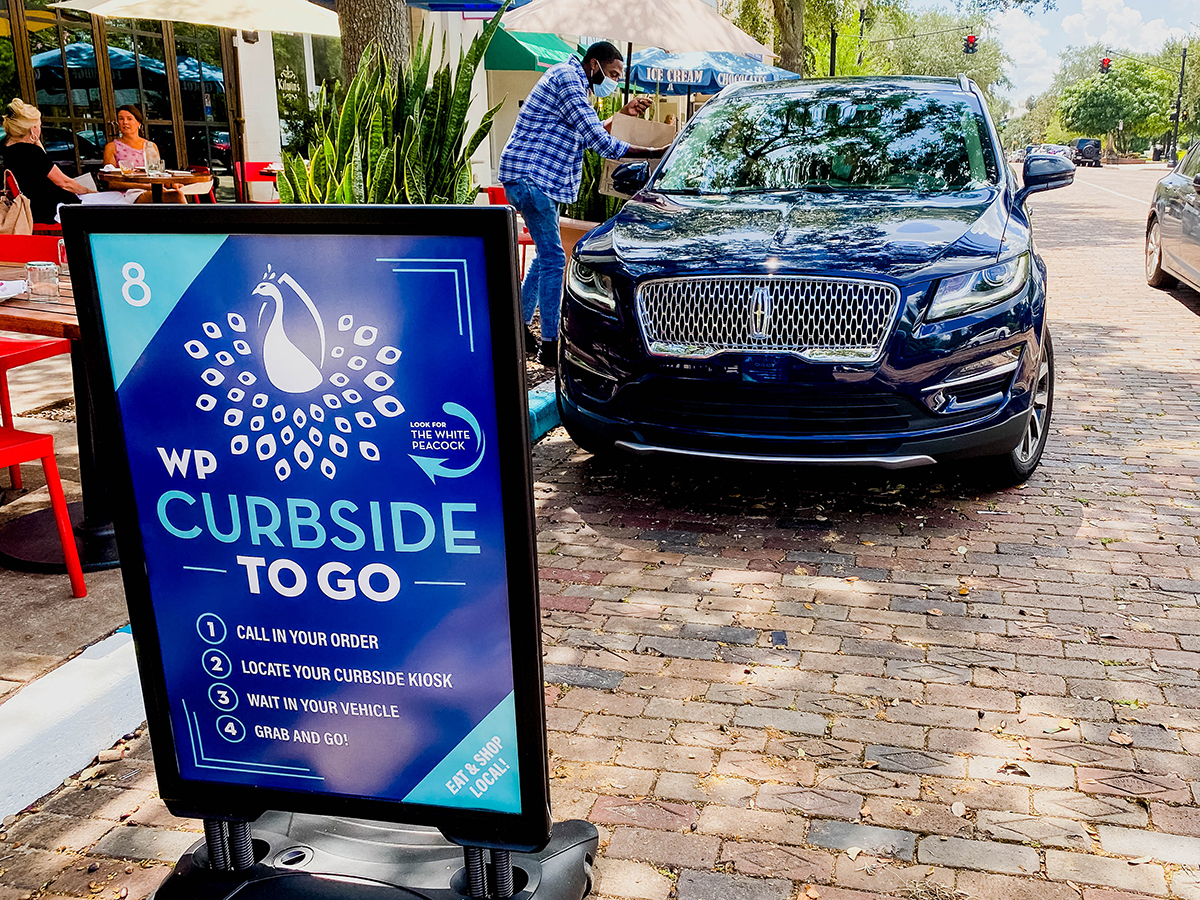 City staff will notify Park Avenue merchants that Curbside To-Go signs will be removed on June 1 in an effort to relieve parking issues along Park Avenue. Photo by: Lya Dominguez

City staff will notify Park Avenue merchants that Curbside To-Go signs will be removed on June 1 in an effort to relieve parking issues along Park Avenue. Photo by: Lya Dominguez
Share This:

City Commission reached a consensus on the removal of the Curbside To-Go spots along Park Avenue during its April 27 meeting. The action is one of several ideas meant to address parking issues in the area.

The discussion began when Commissioner Sheila DeCiccio brought up the ongoing lack of available parking along Park Avenue, and that business employees parking on the street has only made it worse.

“We’ve been trying to resolve this problem since I’ve been here,” said City Manager Randy Knight. “We’ve tried several things, we’ve created the parking decal program so they can park eight hours in a garage, decreased the parking time to two hours.”

Mayor Phil Anderson floated the idea of getting rid of the Curbside To-Go option to free up additional parking, asking staff to notify merchants that the signage by the spots will be removed on Wednesday, June 1.

The Curbside To-Go program began in the early months of the COVID-19 pandemic as a means of offering increased convenience to businesses and customers for food and merchandise pickups. As precautions eased and customers returned to in-person shopping and dining, the program has seen less use.

DeCiccio also brought up a lack of parking at the Winter Park Library & Events Center that reached critical mass in recent weeks. “It was tax season so (the library) was helping people with taxes, the events center during that time had all-day conferences,” she said. “Patrons could not find a place (to park), and that doesn’t even count patrons just wanting to go to the library.”

According to DeCiccio, past issues have included cars parking on both sides of Harper Street and on nearby grassy areas. And the lack of parking near the library building is especially difficult for older drivers who cannot walk long distances. “I would ask the city to bring back to us some parking solutions for the library – and for the events center,” she said.

“It sounds like there needs to be a reserved/validating parking area for library patrons, and it feels like that should take precedence,” said Anderson, who also asked if the situation might be helped by vehicle detection sensors at the nearby parking garage on Beachview Avenue, to advertise the number of available spaces.

Commissioner Todd Weaver asked if CRA funds could pay for a parking garage at the nearby Valencia College Campus.

“I think we’re all throwing ideas out but I think the consensus is it’s time to revisit some of the ideas,” Anderson said.

Parking solutions will be on the agenda at a future meeting.