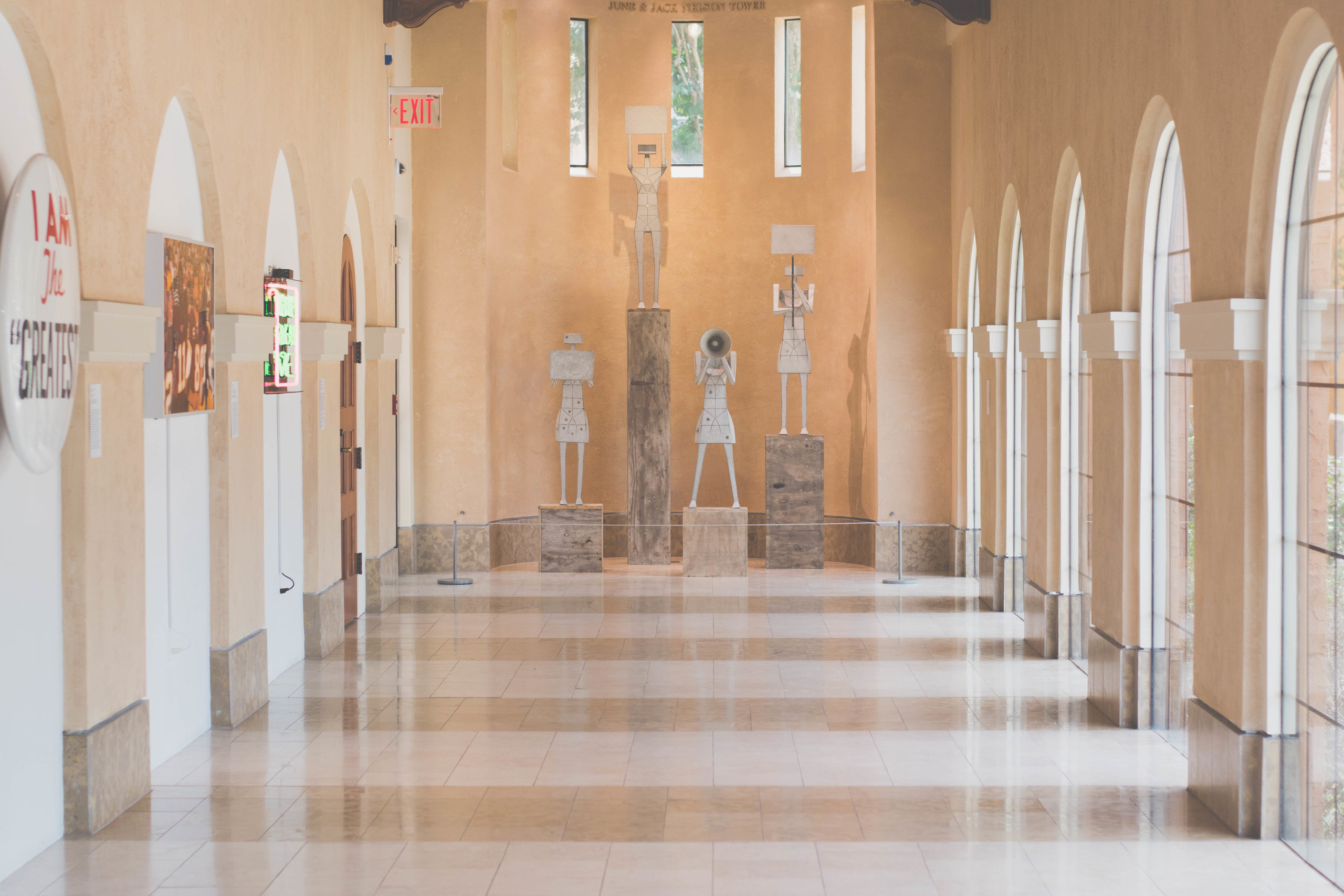 On September 18, Rollins Museum of Art will unveil its inaugural fall season with a six-exhibition series, which includes a new, interactive element that encourages community voices. Photo by: Abigail Waters

On September 18, Rollins Museum of Art will unveil its inaugural fall season with a six-exhibition series, which includes a new, interactive element that encourages community voices. Photo by: Abigail Waters
Share This:

Formerly known as the Cornell Fine Arts Museum, the Rollins Museum of Art (RMA) is rolling out its inaugural fall season under its new name with a six-exhibition series opening this weekend on September 18. According to the museum’s Bruce A. Beal Director Ena Heller, the season will be available free of cost for patrons through December 31 and will feature exhibits that explore various themes of allyship, the literary arts, and artistic responses that span centuries.

For the first time ever, the museum will showcase selections from the Rollins Book Arts Collection in the “Common Ground” exhibit, which is a collaboration with the college’s Department of Art & Art History and the Olin Library. The museum will also include a “major rethinking” of the American 20th-century collection in the “American Modernisms” exhibit, which is based on a three-year research project. In “Growth, Breadth, and Terrain,” artists with a connection to Puerto Rico will bring a new perspective to the aftermath of Hurricane Maria, which made landfall in the area four years ago this September.

“I feel pride whenever we open a new season, but I confess that this lineup is very special,” Heller said. “Every exhibition is both substantive and exquisite, and their interplay – the connections that they engender across galleries, the conversations that we planned and others we didn’t envision but are already surfacing – surpass most of what we’ve done so far.”

A full list of exhibitions included in the new season is below:

In anticipation of the launch for this season, the RMA plans to host several member previews, including the first in-person event the museum has hosted in 18 months with an artist talks, available free of cost to visitors, by artists Frances Gallardo and Nathan Budoff. According to Heller, exhibitions at the RMA are planned several years in advance with a goal to continue the museum’s overall strategy, which differs from season to season.

“Overall, the most important thing that we hope our visitors will take away is an understanding of the transformative power of art,” Heller said. “The power to teach as well as inspire, and the singular ability of art to ask difficult questions, engage with the realities of today, and offer a different way to look at things/to understand.”

According to Heller, each of the six exhibitions will serve as a rubric for the creative teaching of activism and social engagement, the literary arts, environmentalism, and portrays the role of artists in the RMA collection reacting to the world around them.

“In particular, this fall we are looking at artistic takes on climate change and the environmental crisis; the complex story of modernism in 20th-century American art; issues of social, racial and gender injustice and the notion of allyship; and the relationship between books and art, word, and image,” Heller said.

During the upcoming season, the museum also plans to introduce a new, interactive element that incorporates real voices from the community into one of the six exhibitions, “Art Encounters: Ally is a Verb.” According to Heller, one of the museum’s goals for this season is to welcome a record number of visitors to experience, participate, and enjoy this year’s exhibits.

“There is a very special interactive element in the exhibition, a recording booth where we are inviting our visitors to share or listen to personal stories of discrimination, microaggression, and allyship,” Heller said. “We want to incorporate our communities’ voices and we need to hear from you.”

In an interview with the32789 this summer, Heller disclosed the museum’s plans to change its name and undergo a complete rebrand this September. According to Heller, the new name for the museum connects with its campaign for a new facility for the museum, which will be located off-campus just one block from Park Avenue, across the street from The Alfond Inn. RMA’s new $26 million facility is set to open in 2023 and will feature more extensive galleries, study rooms, an education center, an auditorium, and a café.

“The new name reflects our growth and level of engagement over the last several years as well as the strategy for the future,” Heller said. “While being an integral part of a Rollins education, we want to extend the experience to an ever wider and more diverse audience.”

Later this fall, the museum plans to announce “several important gifts” of artwork to the Rollins Museum of Art collection, which has unveiled 900 additional pieces throughout the last nine years. Both the museum and the Alfond Inn plan to host various public, private, virtual, and happy hour tours for the new fall season from Friday, September 18, until Friday, December 31.

For more information on the new season, exhibits, and tour dates, visit the website.