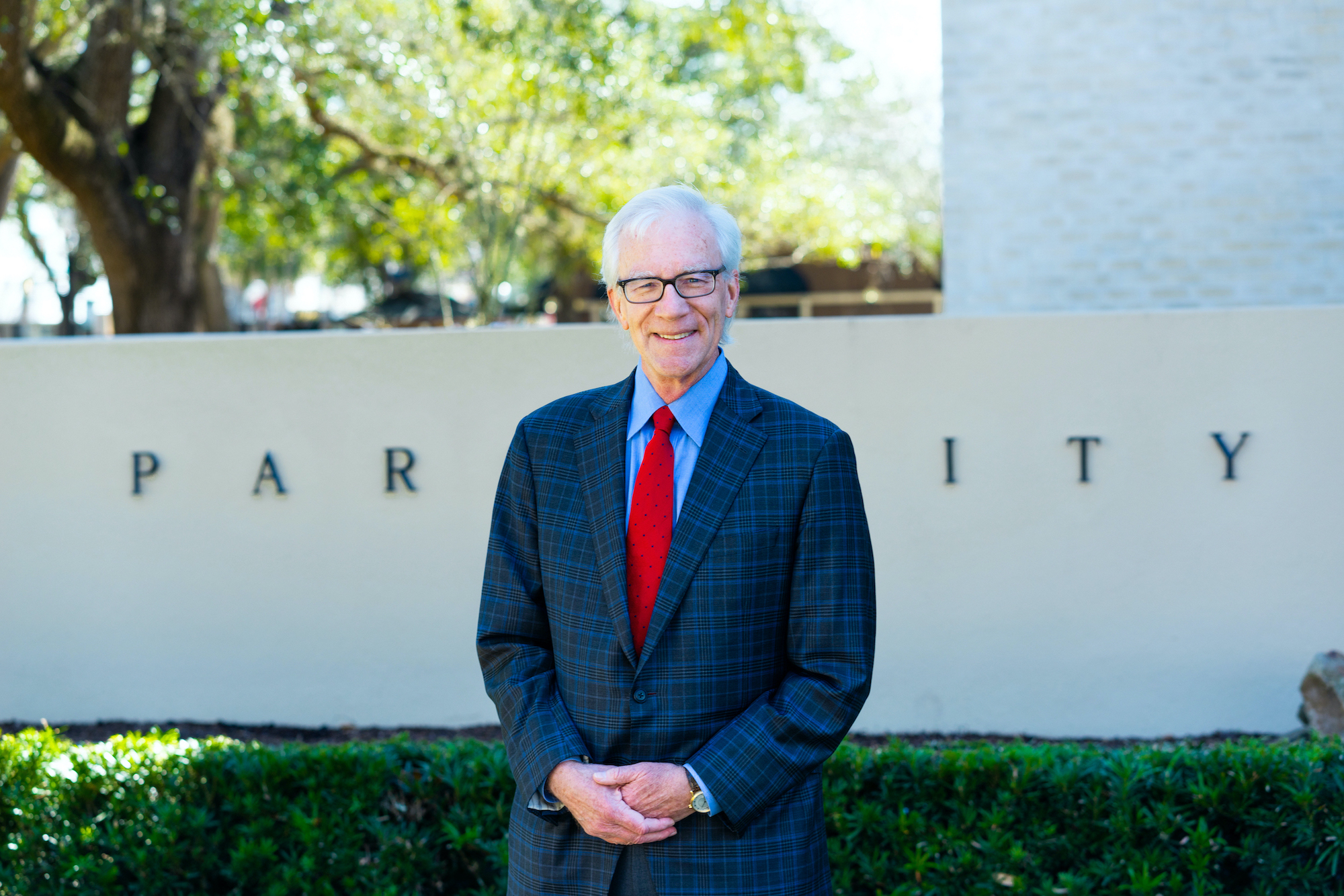 Phil Anderson, Winter Park resident of 23 years, is running for Winter Park Mayor in the 2021 election. Photo by: Caroline Boswell

Phil Anderson, Winter Park resident of 23 years, is running for Winter Park Mayor in the 2021 election. Photo by: Caroline Boswell
Share This:

The son of missionary parents, mayoral candidate Phil Anderson spent his early life overseas before coming to the United States. Little did he know, he’d embark on a mission of his own in Winter Park. In 1998, a business trip led Anderson to the city he has since called home, and now, hopes to lead.

With Winter Park residents in mind, we asked Anderson (and his opponent, Sarah Sprinkel) a series of questions relating to their plans as potential mayor of Winter Park. His responses are below, some of which have been edited for brevity and clarity. the32789 thanks both candidates for their time and transparency.

In 1998, I was asked to come down to Orlando and help start up a new public company that was focused on seniors housing. I told the person booking my arrangements, “I’ve spent 13 years in and out of fancy Hyatt hotels. I just want a bed and breakfast.” So, they put me up at Park Plaza Hotel in downtown Winter Park. The morning of my interview, I looked up the street and see this little New England town with brick pavers in the heart of Central Florida. I fell in love with Winter Park in 1998. That got me down here and I haven’t lived anywhere else since.

WHAT PRIOR EXPERIENCES HAVE PREPARED YOU TO SERVE AS MAYOR?

When I look at what mayors do, in particular the mayor of Winter Park, it’s about setting the tone at the top and building and working with a team of commissioners. That’s what my professional career has been for the last 35 years; really organizing teams that tackle big issues.

My work-related background has been incredibly heavy in real estate [and] in very corporate-level and institutional finance. It has prepared me – and I showed that when I was commissioner in 2008 – for how important it is to manage the city’s finances well.

The particular segment of the industry I’ve been engaged in, seniors housing, has also taught me the importance of customer service and customer satisfaction. And I think that’s prepared me very, very well.

WHAT DO YOU THINK THE MAYOR’S ROLE IS/SHOULD BE?

My feeling about the role of the mayor is really [that its purpose is] to set the tone of the commission, make sure it’s civil, make sure that we listen, and put our residents first in all of our considerations and that [the mayor] helps focus the team and generate, hopefully, consensus – but if not consensus, clarity around where the majority wants to go.

WHAT DO YOU THINK MAKES YOU THE BEST CANDIDATE?

My vision of the city is that we want to embrace the charm that has taken 140 years to create and that we need to do that in a way we invest in the city and make sure that the building’s infrastructure that we put in is thoroughly modern and ready for this century but at the same time it respects the scale and the environment that we are part of.

I think the second part is that [my opponent and I] have very clear differences on how to build more diverse representation of our city advisory boards. We recently passed Charter Amendment 7, which really broadened how we make appointments. I spoke out in favor of it in the Charter Review Committee and I spoke out in favor of it as a charter amendment and it passed last year. My opponent did not support getting that on the ballot. In less than a year, we now have persons of color on the board where prior to the passage, there were none. We have a broader base of experience on those committees and advisory boards, and I think it’s been a huge change to broadening the way and the number of residents that serve the city.

Third is financial discipline. We have a municipal project underway right now and it’s our new library. Everybody supports our library and its mission and its operation, but we cast a bond referendum back in 2015 or 2016, and it called for a $32 million total project cost budget and included a 50,000-square-foot library. My opponent approved a significant drift from that mission, and what is being built today is a $42 million project and the library building has been reduced to 36,000 square feet. As someone who has run development projects his entire life, that doesn’t fit.

WHAT INSPIRED YOU TO RUN FOR MAYOR?

I started seeing things happen in the city that did not match what most Winter Park people wanted. So, when I saw this happening, I looked at my background — I did mention that I’m heavy real estate, I’ve worked with designers, I know traffic, I know roads, I know sewers, I know finances — and I realized that my background still fit with what the city needs. It needs people that can build teams and get consensus. It needs people that can plan ahead and stick with that plan. And it needs people absolutely committed to really executing and doing their job on behalf of the residents that put them in office.

IF ELECTED, WHAT WILL BE YOUR TOP PRIORITIES?

My top priorities are to get us through this COVID safety issue and make sure the foundations of our economy are well established.

Our second priority is to jump into a strategic partnership planning discussion about all of the aspects of operation within the city.

And I think the other thing is — and this is a bit softer — but we’re going to try to turn down the division that has cropped up over redevelopment in the community. That’s where the tone at the top comes in. I want to get rid of the “pro” and “anti” labels and get to the heart of what we want it to look like.

WHAT ARE YOUR THOUGHTS ON THE ORANGE AVENUE OVERLAY PROJECT?

My personal opinion is that I felt the original vote back in January of last year was premature, that the project wasn’t finished and wasn’t ready for a vote and that the residents didn’t have the visual images to really have an informed debate and discussion. I spoke out at that time asking the commission to finish the project before they voted, but the project at that time had not resolved the Orange Avenue safety. There was no plan in place as result of that project to improve or change the roadway. There were not specific solutions to parking and there were fairly intense developments planned that had not presented visual images to the residents. So, I don’t think you really had the resident buy-in at that time, and the failure to have resident buy-in resulted in the election of other commissioners who ultimately rescinded that, and I think we’re at a good place where we’re having another look at it. Now if you go in and look at the proceedings to date, there are ample images of what the levels of intensity look like. I’m confident that the current commission is going to finish the process and it is a process that will have broader support and understanding of the implications.

WHAT ARE YOUR THOUGHTS ON NEW TECHNOLOGY EFFORTS IN THE CITY?

Making sure we have state-of-the-art connectivity and bandwidth is a big goal and needs to be a big goal and objective for the next mayor, and I’ll certainly do that. We have bonding capacity in our utility company if we choose to go there. We have partnerships underway that we can expand and getting that broader really world class internet connectivity is a big issue. I think it comes in two forms: it comes in fiber optic and it comes in 5G, and we will absolutely be looking at which is the best form and probably blending both.

ANY PROPOSED PLANS FOR THE CONTINUED RESPONSE TO COVID-19?

The tone at the top of the city has to be [focused on] where is the focal point of information for both the safety of our guests and our residents and what do we need to do as businesses? I think [we need to make] sure we have a clear focal point of disseminating information and setting the standards as we navigate this path. We’re going to provide those guidelines, we’re going to make sure it’s clear and continue focusing on what it is that makes sure the people serving our guests are safe and our guests understand and are managing their own perceptions of risk without stepping on or creating risks for others.

WHAT ARE THE MOST PRESSING ISSUES FACING WINTER PARK TODAY, AND IF ELECTED, HOW DO YOU PLAN TO ADDRESS THEM?

The number one issue I hear is traffic. And I think there are things we can do to manage the inevitable traffic of being in the region. The commission is going to be voting on the first phase of creating a smart city, which is laying fiber optic cables connecting a lot of our city services and I think that’s going to open the door to really high-tech opportunities for traffic management.

I think [one of] our most important issues [is] certainly the economic recovery. We’ve got to regain our revenue sources. So, making sure we do everything we can do to get that up and doing it in a way that maintains a thriving real estate valuation.

There [are] some land use things that we’re going to need to finish. Certainly, the Orange Avenue Overlay is a big part of that. Also making sure residents feel their interests are coming first. Again, it’s an attitude that is backed up by what the city commission does, and I think we’ll do some great things there.

WHAT ARE YOUR HOPES FOR THE CITY’S FUTURE?

We’ve always adapted and we’re going to continue to progress and innovate. What you see today has historical context, and that’s great, but what you see behind the walls is a very modern city. We’ve been investing in keeping the city modern. We have a top-notch water and sewage system; we’re working on the power. So, we’re just going to continue to make it modern but influenced by the reason people came here to begin with. Let’s make sure those reasons for living here stay intact and influence how the city grows.

WHAT’S ONE POSITIVE TRAIT YOU ADMIRE ABOUT YOUR OPPONENT?

Sarah is a radiating bundle of energy. There’s no doubt she loves the city just as I do.

IS THERE ANYTHING ELSE YOU WANT VOTERS TO KNOW?

[Winter Park] is a magical place. When you travel the world as many of us have and you’ve lived in Chicago and Alabama and Manila – my wife lived in Los Angeles and San Francisco and Boston – we have lived in many places across the country and in some places outside. And when I told my wife, “We could live anywhere,” she said, “That’s all wonderful, but we’re going to stay here in Winter Park.” I think it’s that kind of place where it holds you.