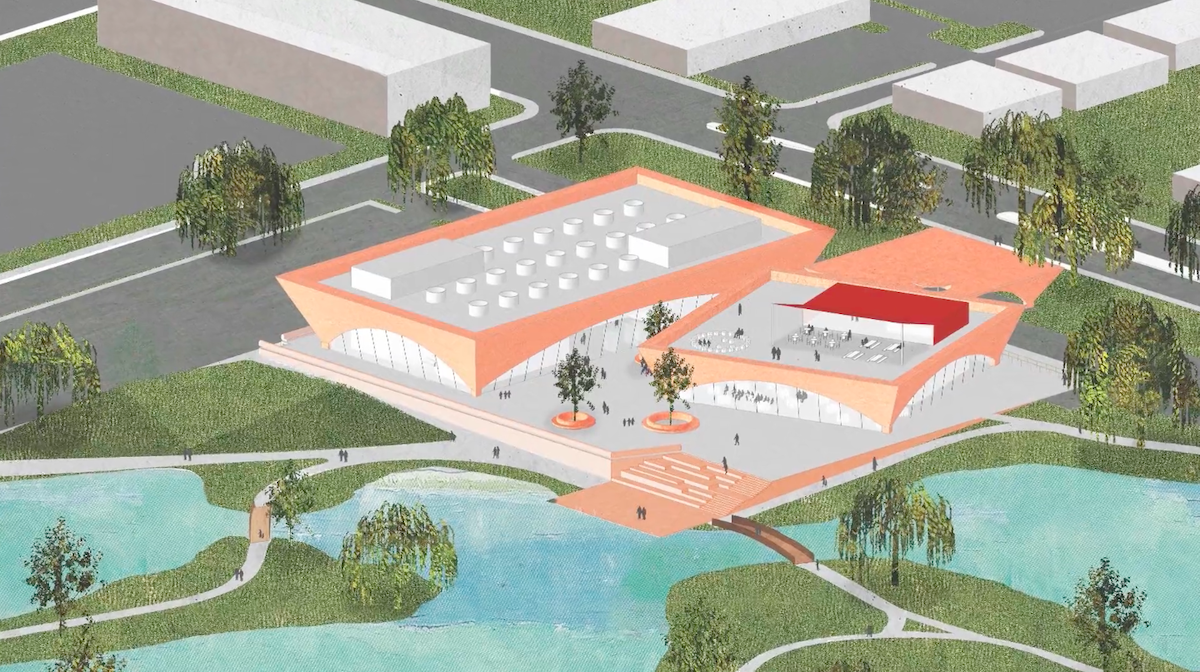 A conceptual design rendering of the new Winter Park Library and Events Center. Image Courtesy of: City of Winter Park

Renowned Architect Lays Out Vision for Library and Events Center

A conceptual design rendering of the new Winter Park Library and Events Center. Image Courtesy of: City of Winter Park
Share This:

On Friday, June 19, the Winter Park Chamber of Commerce hosted a virtual master class with David Adjaye, the architect who designed the Winter Park Library and Events Center. During the virtual session, Adjaye gave attendees a preview of the design elements that residents can expect from the new center as well as insight into his inspiration and approach.

Adjaye is a world-renowned architect, having designed buildings across the world including projects in New York, London and Moscow. He also designed the $540 million Smithsonian National Museum of African American History & Culture in Washington, D.C. In 2017, Adjaye was knighted by Queen Elizabeth II for services to architecture and was named the world’s most influential architect by Time Magazine. His firm, Adjaye Associates, operates internationally, with studios across the globe in Accra, London and New York.

During his talk, Adjaye laid out the inspiration behind the library and events center, starting with the idea that architecture is a statement of the times in which we live, and that the project will be a completely new concept. “The world is shifted, we have new technologies … and we are in a new space, and that requires that our environments remake themselves to make sense,” said Adjaye.

He went on to describe that the Winter Park Library and Events Center will be a prototype for new, 21st-century style libraries. “Winter Park is punching so high up,” said Adjaye, in describing the new design for the building. “Another prototype, another version of what the library has evolved [to be] already in the last 20 years is being tested right in Winter Park.” He continued, describing how the building will be more than just a traditional library, “the library [is going to be] a campus of knowledge… We are moving [away] from the object (building) of knowledge to the space of knowledge. And that is what we are trying to prototype. We are making a space where knowledge and community facilities are being brought together in a cluster to make a little village of knowledge.”

“This is so unique, I don’t know anywhere, short of a library on the campus of a university, where that kind of clustering of knowledge in the public realm has happened,” said Adjaye.

In addition to traditional bookshelf areas, the library team and the City of Winter Park have discussed including makers spaces, events spaces, one-on-one teaching spaces, and public forum in the new building. “A community library is about having the essential things that support [its] community in the right concentrations … It’s where you do lifelong learning, it’s where you have flexible spaces for teaching programs,” said Adjaye.

The design of the entire building harkens innovation and progress, down to the way in which the bookshelves are arranged and configured. Adjaye discussed the concept of curved shelving rather than traditional parallel rows or books, intentionally shaping the floor plan to be more inviting to those who may not feel as comfortable in a traditional library setting. “We want people who come to the library to stay there and to see it as a kind of public living room.”

“A public citizen can come have events, learn, be educated, edified,” said Adjaye. “[This is] going to become a model that will become more and more ubiquitous … What’s happening in Winter Park cannot be underestimated.”

The library and events center project has recently been the center of controversy among city leaders, with some commissioners voicing concerns about the investment. Last month, city leaders voted to continue construction on the project by a margin of three to two. The new library is set to open in 2021, according to WinterParkPublicLibrary.org.