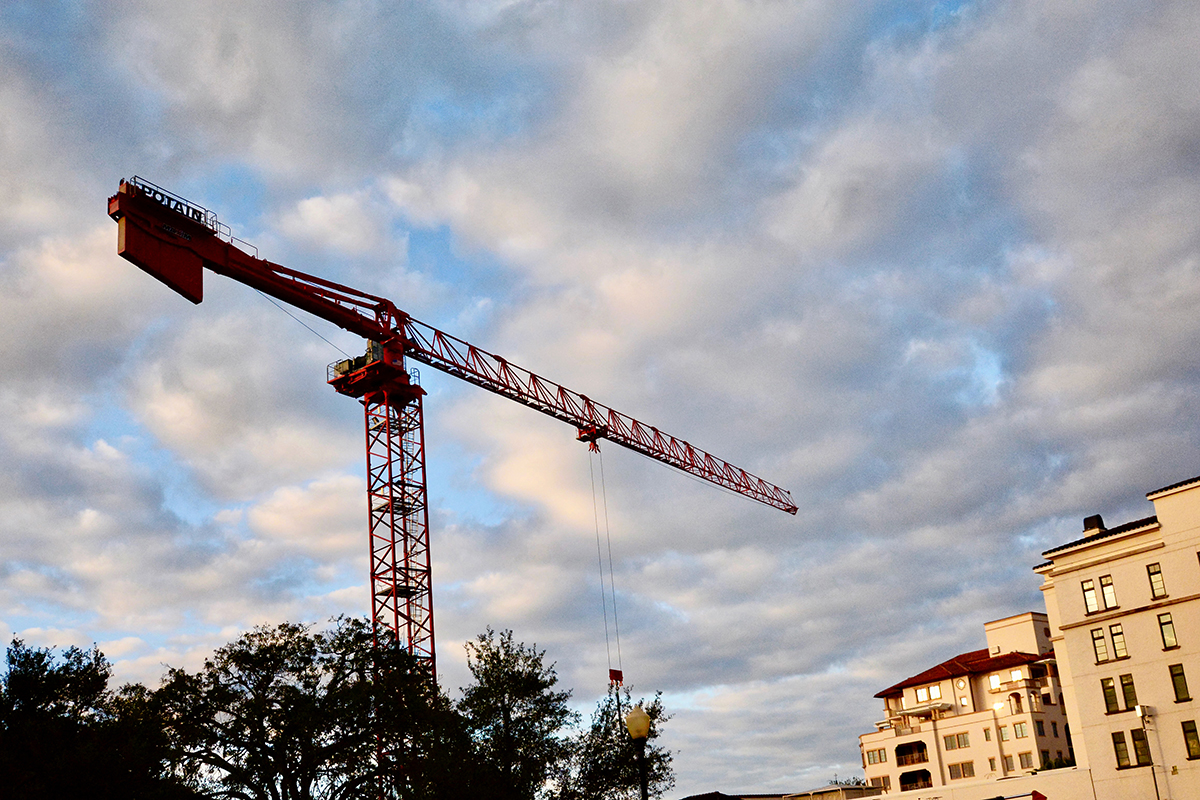 The Alfond Inn expansion plans are back in motion and slated for completion in Q2 of 2023. Photo by Jim Carchidi

The Alfond Inn expansion plans are back in motion and slated for completion in Q2 of 2023. Photo by Jim Carchidi
Share This:

Expansion plans at The Alfond Inn at Rollins College are back on track and going vertical. After several setbacks, including a 2020 work stoppage due to the COVID-19 pandemic, and a series of short permitting delays in 2021, the estimated $50 million project is in progress with a crane in place and infrastructure work nearing completion. The expansion will feature a wellness spa and second swimming pool, 71 new luxury guest rooms, and a communal café that will serve coffee and light fare by day and beer and wine by night.

According to Alfond Inn General Manager Jesse Martinez, infrastructure work began in late October. Grease traps and the emergency generator have been moved, and a transfer to new electrical boxes and gas lines was recently completed. The crane, which was constructed in late December, will be in place for 18 months. The project is led by Olympia Development, the group that oversaw The Alfond Inn’s original construction, with Balfour Beatty as general contractor.

“We’re behind, maybe three or four weeks, but we’re trying to make up for that and we’re looking to be done with the project by the end of the second quarter of 2023,” Martinez said.

Designed by Baskervill of Richmond, Va., Sheedy DeLaRosa Interior of Chicago, Ill., and Orlando-based Baker Barrios Architects, the expansion will add 2,400 square feet of event space that will include a board room, additional banquet space, and an event deck by a new spa pool that will fill a need for outdoor events without limiting guest access to an existing amenity.

“People love having events on our (existing) pool deck,” Martinez said. “I’m very sensitive to closing that off to our guests, so we’re not able to rent that out as much as we would like.”

The new event deck will have space for reception-style events with up to 200 guests. However, Martinez believes the spa will have the most significant impact of the new amenities. Treatment rooms will be located on the second floor of the expansion with a guest check-in desk located in a first-floor lobby.

“Once you check-in, you’ll take an elevator up to the second-floor sanctuary and the seven treatment rooms,” Martinez said. “The spa will also open out to the event deck, so when you’re finished your treatments, or before, you can go onto the veranda and relax with some light bites.”

The hotel check-in desk, currently located to the left of the main entrance, will move to the right side of the lobby, allowing for a hallway leading into the new café area and proceeding to the new spa lobby.

“That space will be a game-changer,” he said. “It will rival the Ritz Carltons and the Waldorf Astorias; we’ll be able to provide that level of spa experience on the north side of Orlando.”

Owned by Rollins College, The Alfond Inn contributes all of its net operating income to The Alfond Scholars Program, which has granted millions of dollars in student scholarships since 2013.