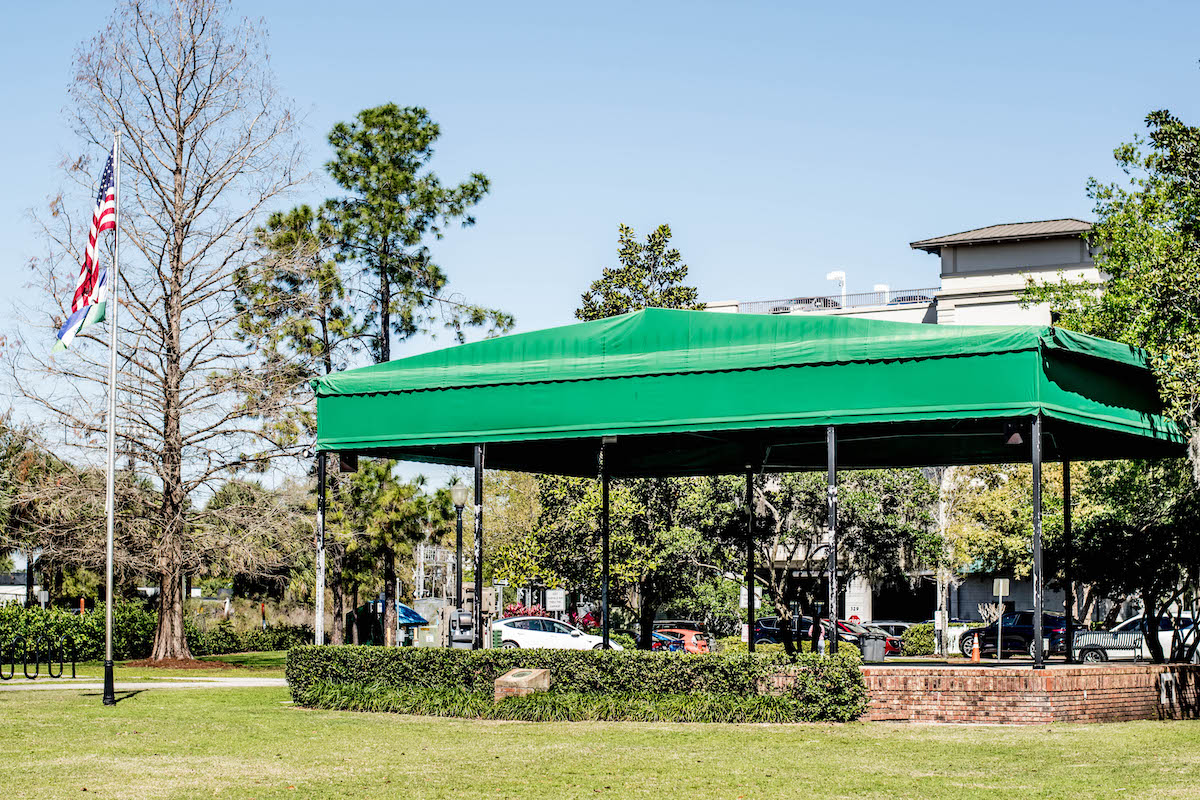 Following funding approval for enhancements to the Central Park stage, city officials say construction for the project is set to begin this spring after the Winter Park Sidewalk Arts Festival. Photo by: Abigail Waters

Following funding approval for enhancements to the Central Park stage, city officials say construction for the project is set to begin this spring after the Winter Park Sidewalk Arts Festival. Photo by: Abigail Waters
Share This:

Open air performances in downtown Winter Park will soon be seen in a new light as the Central Park stage is slated for a long-awaited upgrade, beginning in the spring.

“That stage gets used a lot; the one we have now is very nondescript,” said City Manager Randy Knight of the redesign. “It has been on the project list for a long time, and we’re excited to see that finally get done.”

The current structure dates back to the early 1980s with the most recent improvements occurring after the hurricanes of 2004 when the canopy required refitting. According to the City’s Assistant Division Director of Economic Development/Community Redevelopment Agency (CRA) Kyle Dudgeon, the current plan calls for an extensive enhancement that will begin ahead of schedule.

“The project was initially scheduled for Fiscal Year (FY) 2024 in the CRA Capital Improvement Plan, but was accelerated to FY 2022, due to the advent of American Rescue Plan Act (ARPA) fund availability,” Dudgeon said. “The CRA also played an integral role in response to the COVID pandemic, which found increases in demand for outdoor recreational spaces demonstrated the need for high-quality public spaces and how they can be a focal point for reinvestment.”

In addition to new lighting, stage enhancements will include the following:

Dudgeon also said the new concept would integrate elements of the old stage as well as the nearby SunRail station. “The design showcases the best parts of what makes the space great and expands upon them,” he added.

According to Dudgeon, the total project cost is estimated at $840K and is roughly split between the ARPA funds, which are authorized by the city commission, and funds included in the Winter Park CRA budget.

“It’s going to start right after the Sidewalk Art Festival,” said Knight of the construction schedule, which will begin in April and is expected to be completed by October. “So, we’ll have it ready in time for the Autumn Art Festival.”