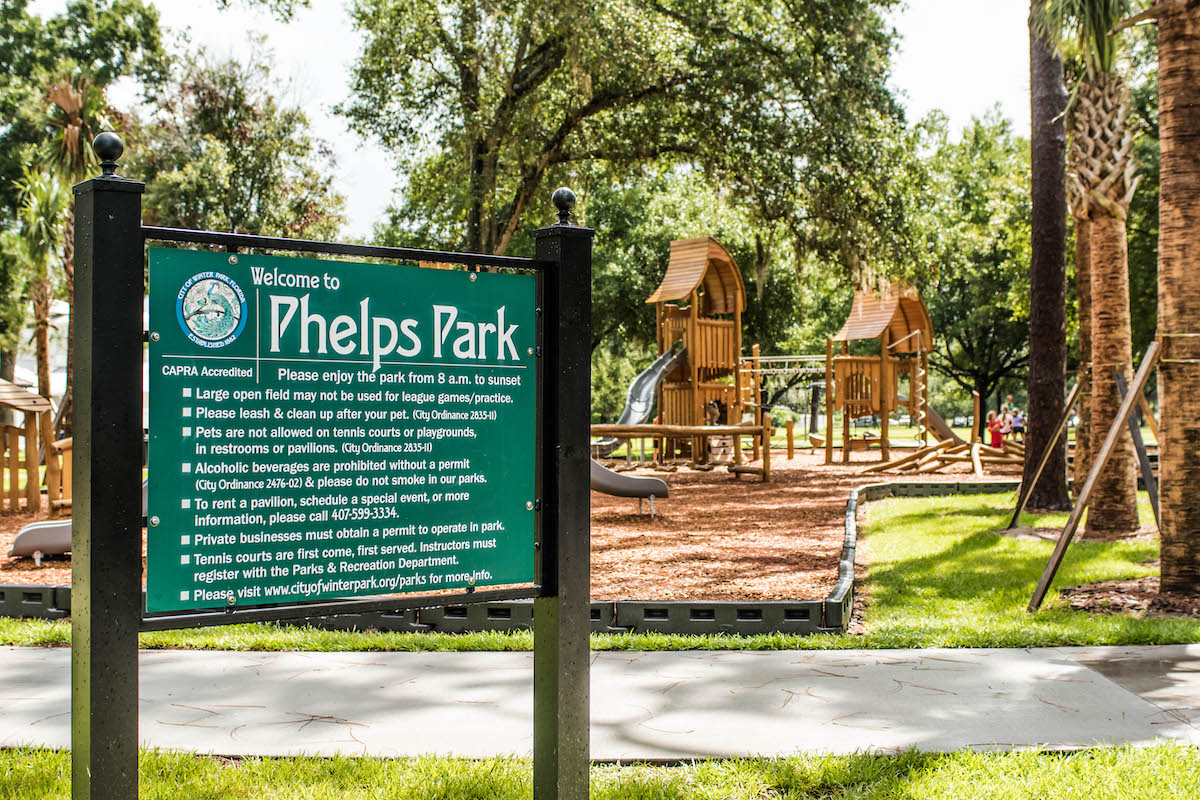 On Thursday, September 9, the City of Winter Park Parks & Recreation Department held a special meeting to address the Help Fix Phelps initiative, an effort led by a group known as Concerned Families Who Play at Phelps Playground to make changes to the recently renovated playground.

The Parks & Recreation Advisory Board approved a two-part motion for the Phelps Park Playground and concluded the meeting at around 7:30 p.m. after eight Winter Park families involved with the initiative addressed the City during the public comments portion of the meeting. According to Christine Williams, spokeswoman for the Help Fix Phelps initiative, the group left the meeting feeling “cautiously optimistic.”

In the first part of the motion, the City plans to swap out the current climbing structure with another piece of equipment from KOMPAN, which sold the existing playground equipment to the City. Williams said this was expected and that the City “intended to do this all along” and “it required no expenditure.” Second, funding was approved for an additional playground piece to “try and restore play for bigger kids” with a new structure that does not exceed $45,000 in cost.

Initially, the Parks & Recreation Advisory Board planned to present its three options for the additional park structures at the regular meeting this week on Wednesday, September 15. According to Assistant Director Cathleen Daus, the Advisory Board recently announced its plans to narrow down these options by hosting a meeting at Phelps Park on September 23 at 5:30 p.m. to gain more insight from residents in the Winter Park community.

“One option is the Fitness Challenge structure by Miracle Recreation that we requested,” Williams said. “It comes in at $36,000 all-in to purchase and install according to the City’s own quote from that manufacturer. The two other options will be selected by the Parks [& Recreation] Department staff.”

From there, the City will then present those three structures to the public through a City-wide email vote, similar to its initial inquiry for public input regarding Phelps Park that was sent out to the community last year. Locals will be invited to share their input from October 4 to October 15.

On Wednesday, October 20, the Parks & Recreation Advisory Board will discuss the survey results, open the floor to public comment, and cast a final vote for the future plans of the playground. According to Williams, the purchase process for the new equipment is estimated to take eight to ten weeks for delivery and installation and is predicted to be installed in January 2022.