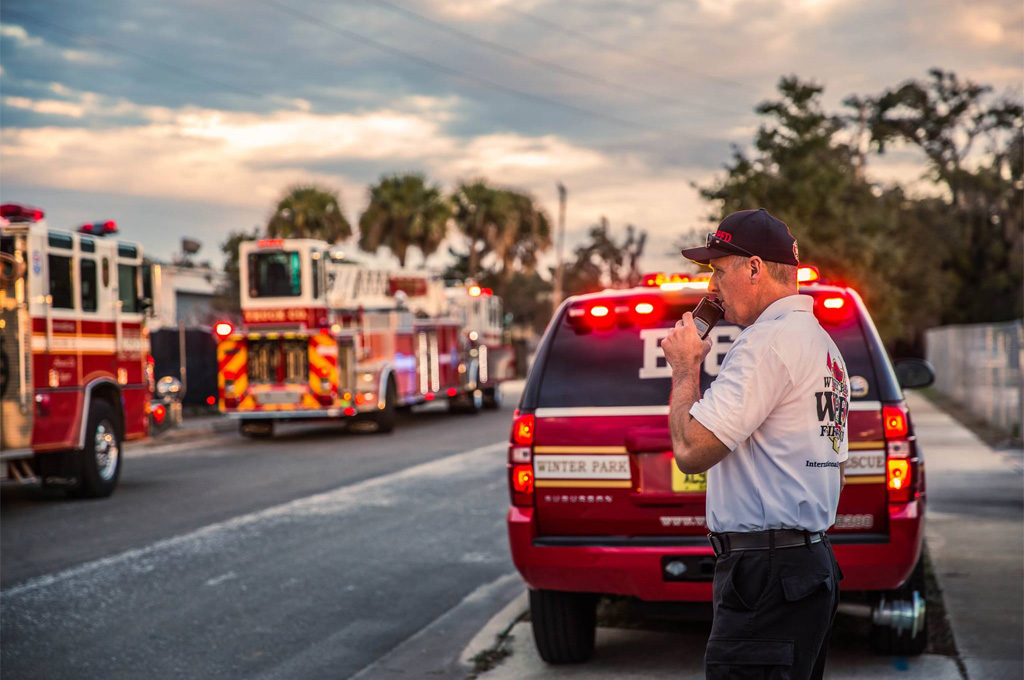 Two members of the Winter Park Fire-Rescue Department (WPFD) joined a deployment of 44 personnel on Monday, August 30, to assist in rescue operations in Baton Rouge, Louisiana following the destruction of Hurricane Ida, which made landfall on Sunday as a Category 4 storm. They are expected to be deployed for two weeks.

According to Fire Chief Dan Hagedorn, the WPFD will help provide relief to the people of Louisiana as part of the regional consortium that supports the Central Florida Urban Search and Rescue (USAR) Task Force 4 team (CFTF-4).

The task force is a coalition of Central Florida response agencies comprised of members from Orlando, Orange County, Seminole County, Osceola County, and Winter Park fire-rescue departments. “We have members highly trained in various USAR disciplines that have been activated to deploy into the areas devastated by the hurricane,” Hagedorn said.

According to Hagedorn, CFTF-4 was activated at the state level based on a request from the Louisiana Department of Emergency Management. As a supporting agency, the WPFD allows its personnel to participate on behalf of the task force.

USAR teams specialize in search and rescue, disaster recovery, emergency triage, and medicine. Within six hours of notification, task force teams deploy as self-sufficient units that manage their own food, shelter, showering, a full cache of rescue equipment and tools, which are state assets assigned to the Central Florida team.

“Our WPFD personnel are trained in emergency communications,” Chief Hagedorn said. “We are able to establish radio communications in areas that do not have cellular coverage or when a radio infrastructure has been compromised. These communications can support rescue operations for the USAR team while they are deployed and or support local communications on an as-needed basis.”

According to Hagedorn, cellular signals are not available to transmit photographs of the area, and the conditions of the site that Winter Park officers will be working in are unknown.