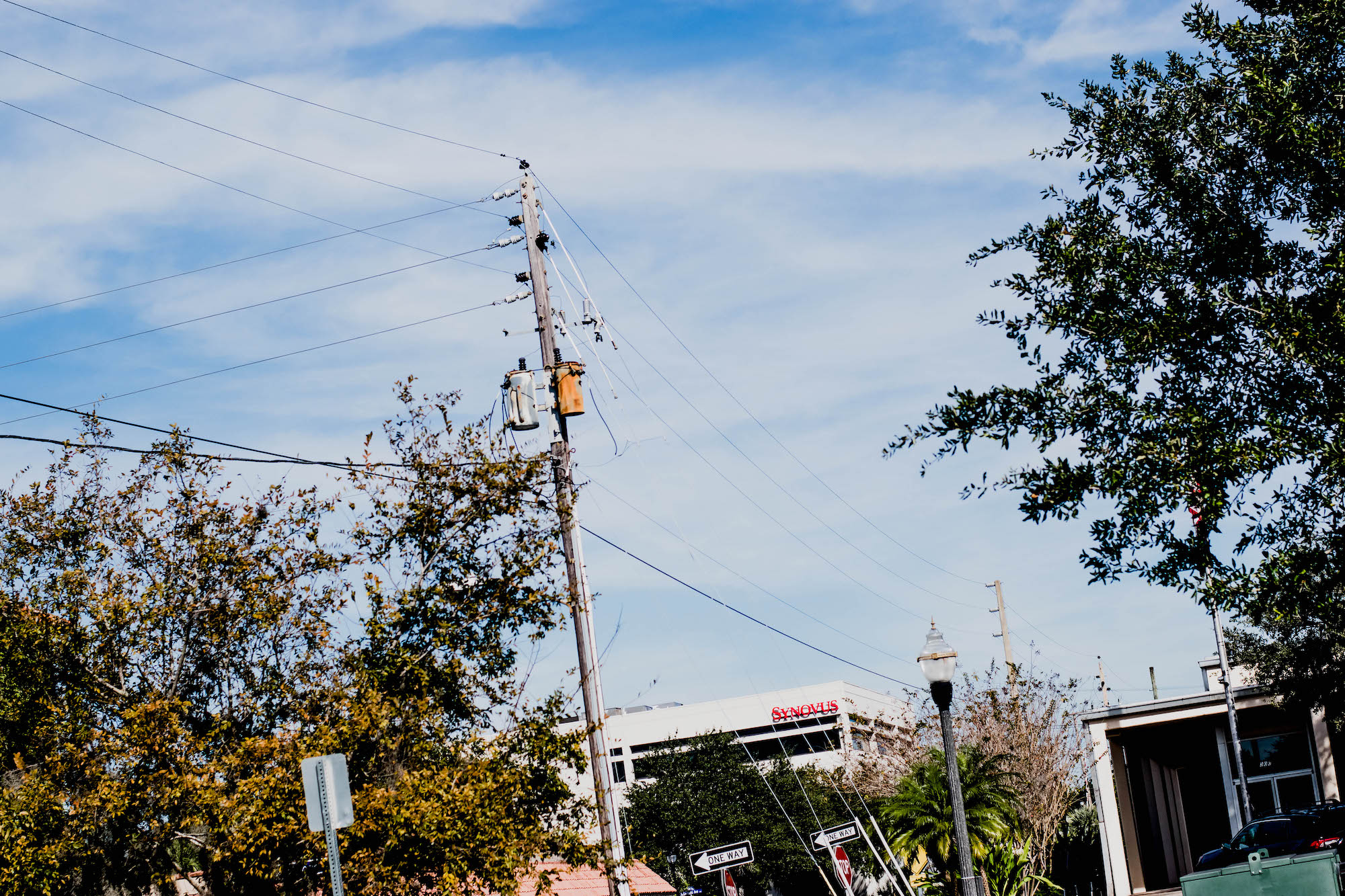 Efforts to implement 5G technology in Winter Park are underway. 5G services are expected to be available in the city before the end of the year. Photo by: Abigail Waters

Efforts to implement 5G technology in Winter Park are underway. 5G services are expected to be available in the city before the end of the year. Photo by: Abigail Waters
Share This:

The City of Winter Park is currently working with cell providers and contractors to bring 5G connectivity to locals, especially in areas dense with traffic and pedestrians. City officials say they expect to have 5G services starting this year through AT&T and possibly other providers as well. While many applaud the implementation of 5G and look forward to faster download and streaming capabilities on their mobile devices, which is critical with the rise of video streaming through apps like TikTok and Instagram, the process has also been fraught with controversy and lawsuits.

HOW DOES IT WORK?

While previous generations of technology delivered wireless data from large cell towers and macro sites, small cell networks are made up of many microsites (5G antennas) clustered together. They provide much higher bandwidth, but they have a much smaller range—thus the need for dozens or even hundreds of small cell nodes.

WHERE DO WE STAND TODAY?

Winter Park is currently undergoing negotiations with all three of the main cell service providers to install 5G and small cell nodes throughout the city.

The Winter Park City Commission is in the final stages of design approval for small cells to be installed by telecommunications company ExteNet Systems, which is working with AT&T. The agreement includes plans for 20 nodes throughout the city to start. City officials are working with ExteNet to put the nodes on fluted, black metal polls to duplicate the existing aesthetic of the poles found throughout the city. “This will allow them to fit in with the current streetscape without being overly obtrusive,” said Peter Moore, division director of the Office of Management and Budget, in a recent interview.

According to Moore, negotiations are also ongoing with infrastructure companies working for Verizon and T-Mobile/Sprint. Verizon is proposing the installation of 46 nodes across the city, while Crown Castle, likely working with T-Mobile, said they plan to install more than 100.

“At the end of the day, most cities will have hundreds of these smaller 5G nodes,” Moore said.

Installations of small cells by wireless service providers or wireless infrastructure providers cannot be denied by the City, according to the Federal Communications Commission’s rule FCC-18-133A1 and Florida State Statute 337.401. While small cell nodes are not permitted on private property, wireless providers have broad discretion on the location of their infrastructure within public right-of-way land. The City has very limited control over the location of each antenna. In 2019, the Florida League of Cities sued the state over legislation limiting their input on small cell installation.

Commissioners have expressed concerns over the past several years because the City has spent millions to declutter rights-of-way by burying utility lines to eliminate above-ground utility poles. They worry that the installation of so many small cell nodes, each of which will be attached to a utility pole, will partially undo the effort to improve the aesthetic of Winter Park.

Clarissa Howard, the City’s communications director, said Winter Park is doing its best to improve connectivity through multiple sources. Commissioners are currently working to create a Broadband and Smart City Ad Hoc Committee to research and make recommendations on improving the digital experience. The second reading of that ordinance was tabled at the July 14 regular commission meeting.