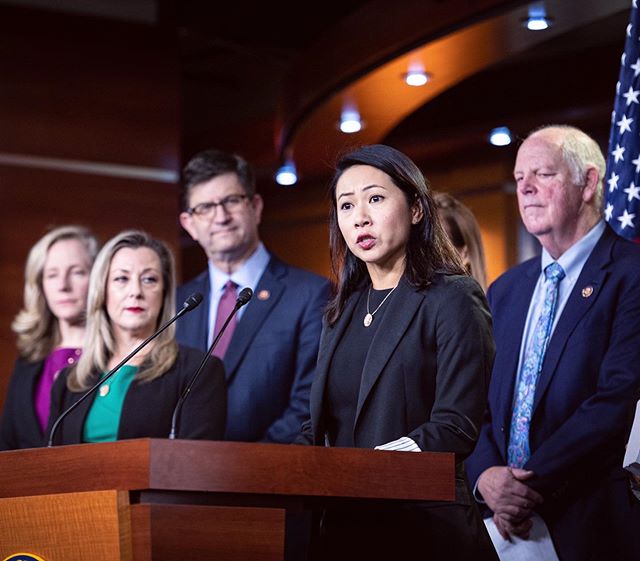 U.S. Representative, Stephanie Murphy, recently explained her reasoning behind sitting out of running for a Senate bid in 2022. Image Courtesy of: Office of U.S. Rep. Stephanie Murphy

U.S. Representative, Stephanie Murphy, recently explained her reasoning behind sitting out of running for a Senate bid in 2022. Image Courtesy of: Office of U.S. Rep. Stephanie Murphy
Share This:

In February, Florida Democratic Representative and Winter Park local, Stephanie Murphy, embarked on a statewide listening tour, Cast Forward, as a precursor for a potential run for a Senate bid in 2022 or 2024. Yesterday, U.S. Rep. Murphy announced that she will not be seeking a run for this year’s U.S. Senate position, focusing her efforts on supporting the Democratic Party ahead of the 2022 midterm elections.

In her announcement, which she revealed in a video post on her website, Murphy explains that this decision was made after “great reflection” and that she plans to devote her time and support to strengthening the democratic party. “I wouldn’t be considering a run if I didn’t think I’d be a strong nominee,” Murphy said. “I have won every single race I’ve run, including a primary and tough generals in one of the toughest seats in the country. I am deeply disappointed by our current representation. I think both Senators Marco Rubio and Rick Scott repeatedly put their own interests above the interests of the people of Florida.”

As the first Vietnamese woman in Congress, Murphy’s Cast Forward campaign launched in February with the goal to continue conversations with Florida residents. In her recent announcement to forgo the run for a Senate bid, Murphy shared that she is dedicated to reaching many more democrats in the Sunshine State.

“I think the opportunities that allowed my family and me to work hard and get ahead are slipping away from too many Americans,” Murphy said. “So, I’m not going anywhere. We have so much work that remains undone. I’ll be working in Congress to fight for Florida and working with the White House to get us through this pandemic and help build our economy back better than before.”

Why this Rollins Student spent his Summer in Ukraine

Benjamin Mack-Jackson is beginning his third year at Rollins College like any other student, but… Read More