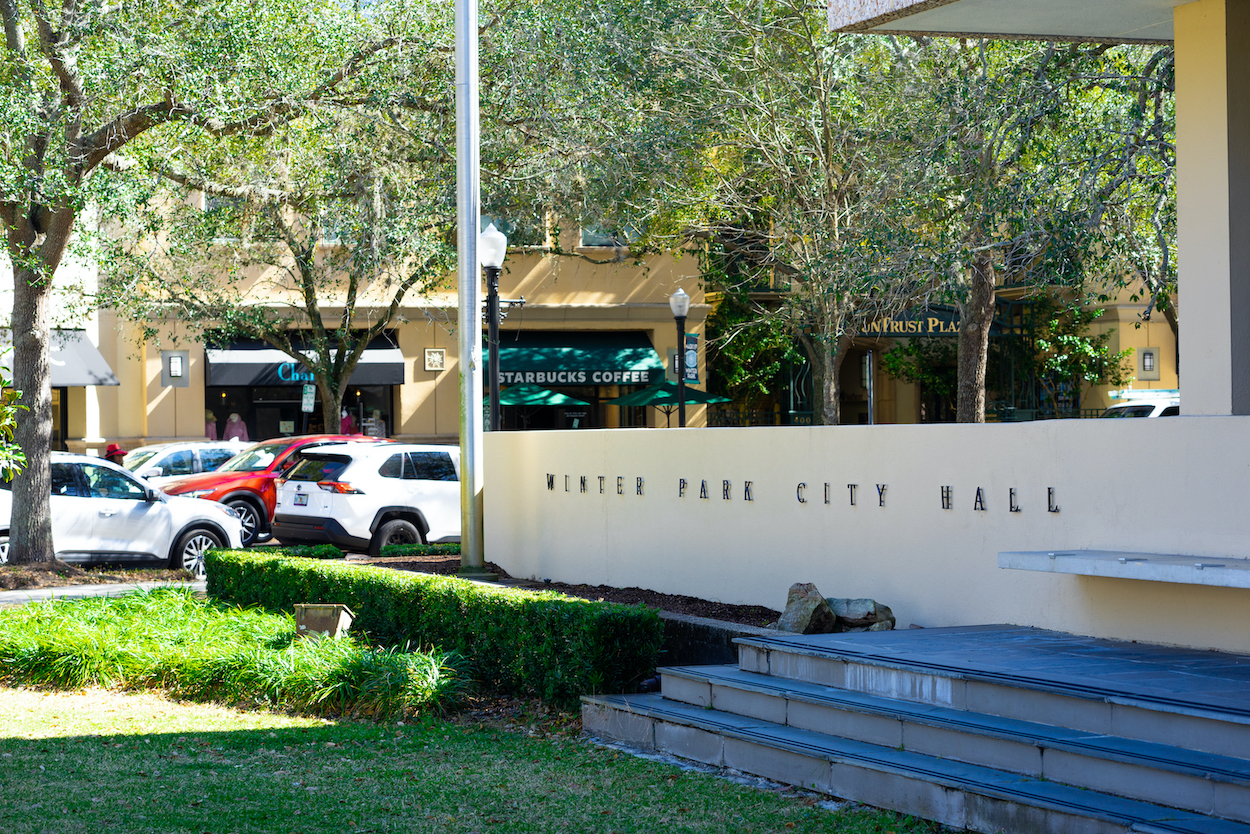 The next Winter Park Mayor will be elected this coming week on Tuesday, March 9. Photo by: Caroline Boswell

The next Winter Park Mayor will be elected this coming week on Tuesday, March 9. Photo by: Caroline Boswell
Share This:

With Election Day in Winter Park approaching, mayoral candidates Phil Anderson and Sarah Sprinkel are making their final efforts to rally support and get residents to the polls. Come the evening of Tuesday, March 9, polls will close, campaigning will cease, and democracy will decide Winter Park’s next mayor.

In the company of family, friends and their campaign teams – some at their sides, others on their screens – Sprinkel and Anderson each plan to celebrate election night at home with their closest supporters. “The way we’re going to celebrate in this unique moment in time is we’re going to have a Zoom party,” Anderson said. “We’ll be in small groups that feel comfortable being around each other.” Their COVID-conscious, virtual get-togethers align with much of this year’s race, like the January debate broadcasted via Facebook Live.

The candidates are expecting the results to reveal a clear winner on the evening of the election. And while both hope to call themselves the mayor-elect in less than a week, they agree there was more to gain from this experience than title alone. They’ve learned more about the city they wish to serve, its people, and themselves. “This whole election has taught me how connected we are as a people and as a town,” Sprinkel said. “So that connection, no matter what the results, you can never take that away from me.” Sprinkel recently met with local mothers in their 30s, some her former students, bringing the moment full circle. “I have learned, I have grown, I am better connected with people and with the community than ever before. And that’s a gift to myself.”

Anderson shares Sprinkel’s sentiment and feels he’s been enriched by his journey on the campaign trail. From his talk with a resident who has called Winter Park home for over 90 years to discussing issues with students at Rollins College and Winter Park High School, he’s grateful running for mayor has helped him discover how much common ground, charm, and character exist in Winter Park communities.

Support for the campaigns has come in many forms from family, friends, and volunteers. Campaign efforts have included canvasing, knocking on doors, hosting virtual events, and waving signs at key intersections. “There’s a group of about 15 to 20 people who have put in an amazing amount of time volunteering for a cause they believe in and a vision they believe in,” Anderson said of his team. “But when I look at the key supporters, it really crosses the whole age bracket. It crosses all the bounds of diversity within the community. It’s a very, very broad-based group.”

Both credit many in the community for backing their campaigns as Sprinkel called out feeling a lot of support and action from the city’s youth. “I’ve felt support from everywhere. That’s the number one thing,” Sprinkel said. “I’ve really felt support from young people. Our community is getting younger and the younger people in this community want to be a part of it.”

As the campaign trail winds to an end, Anderson and Sprinkel’s virtual celebrations will mark an uncharted beginning. Either they will emerge as the leader of Winter Park or begin experiencing the city in a new light with more insight and connections to give life in Winter Park an even more unique charm. For the latest information on voting for Winter Park’s next mayor, visit the City of Winter Park’s official website.