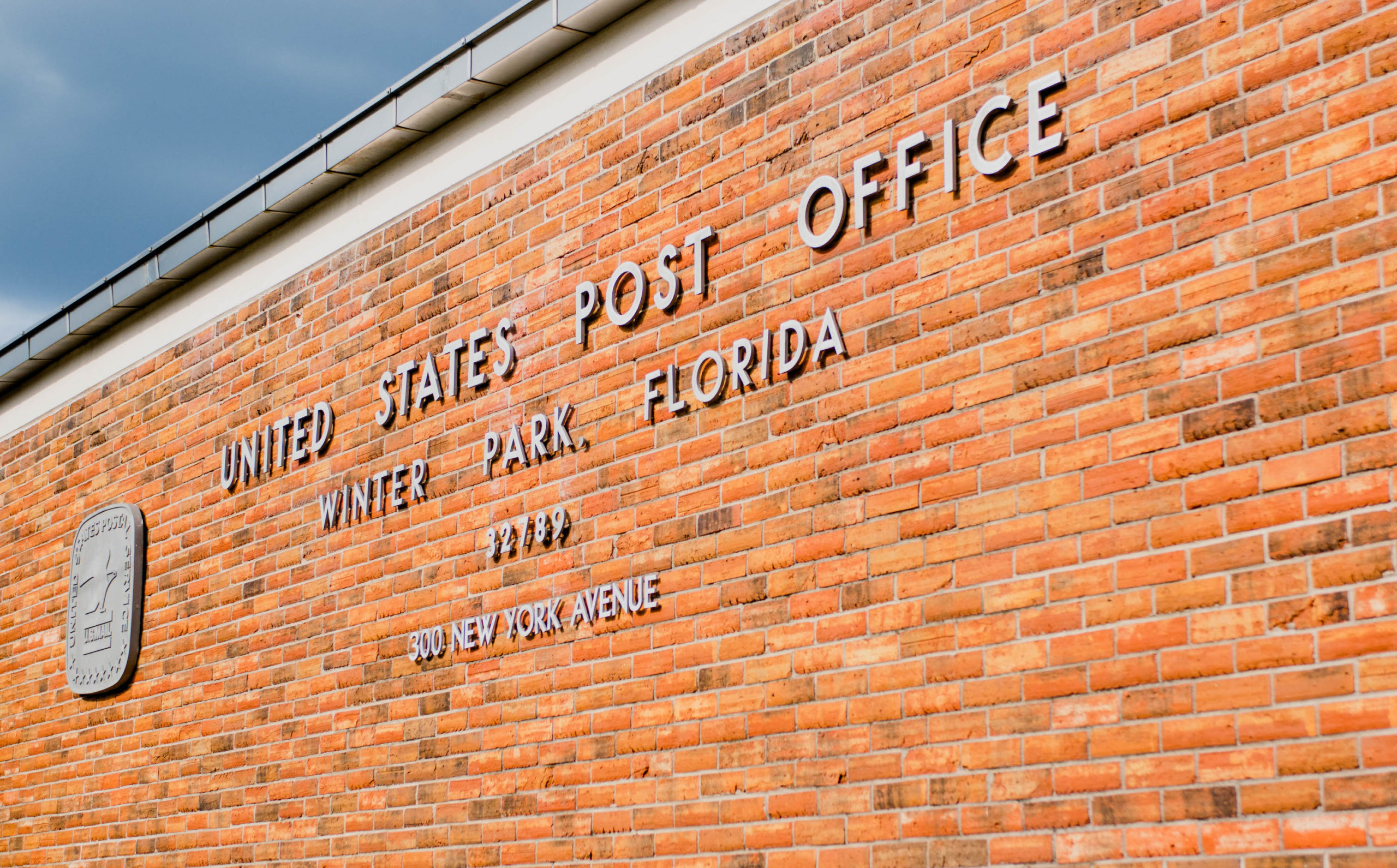 The City of Winter Park has been working towards the acquisition of the New York Avenue post office property for years with hopes to turn the land into additional Central Park green space. Several attempts have been made and rejected by the United States Postal Service (USPS), which has not been satisfied with previous proposals for relocation of the site. The City’s most recent efforts to negotiate were initiated last spring and halted by USPS just last month.

According to the Orlando Sentinel, the City paid $75,000 to USPS in project initiation fees and a planning and operations deposit last April. The initiation fee was nonrefundable and accounted for $25,000 of the payment. Once search parameters were provided on August 28, the City was only allotted 60 days to present potential properties for relocation of the post office. However, finding affordable properties that can accommodate the facility’s needs has proved a challenge in the past.

Currently, the post office building at 300 N. New York Avenue contains both a retail space and distribution facility. USPS wishes for any new location to be able to fit both as opposed to having separate spaces for each. City Manager Randy Knight continued communication with a USPS representative after the start of the search timeframe and was not aware that the deadline was approaching during their correspondence.

By December the deadline had passed and a proposal had not been presented, causing the project to be terminated by USPS. Upon request for an extension from Knight, USPS maintained its decision to stop the process.

The City plans to pursue acquisition of the property again in the future.