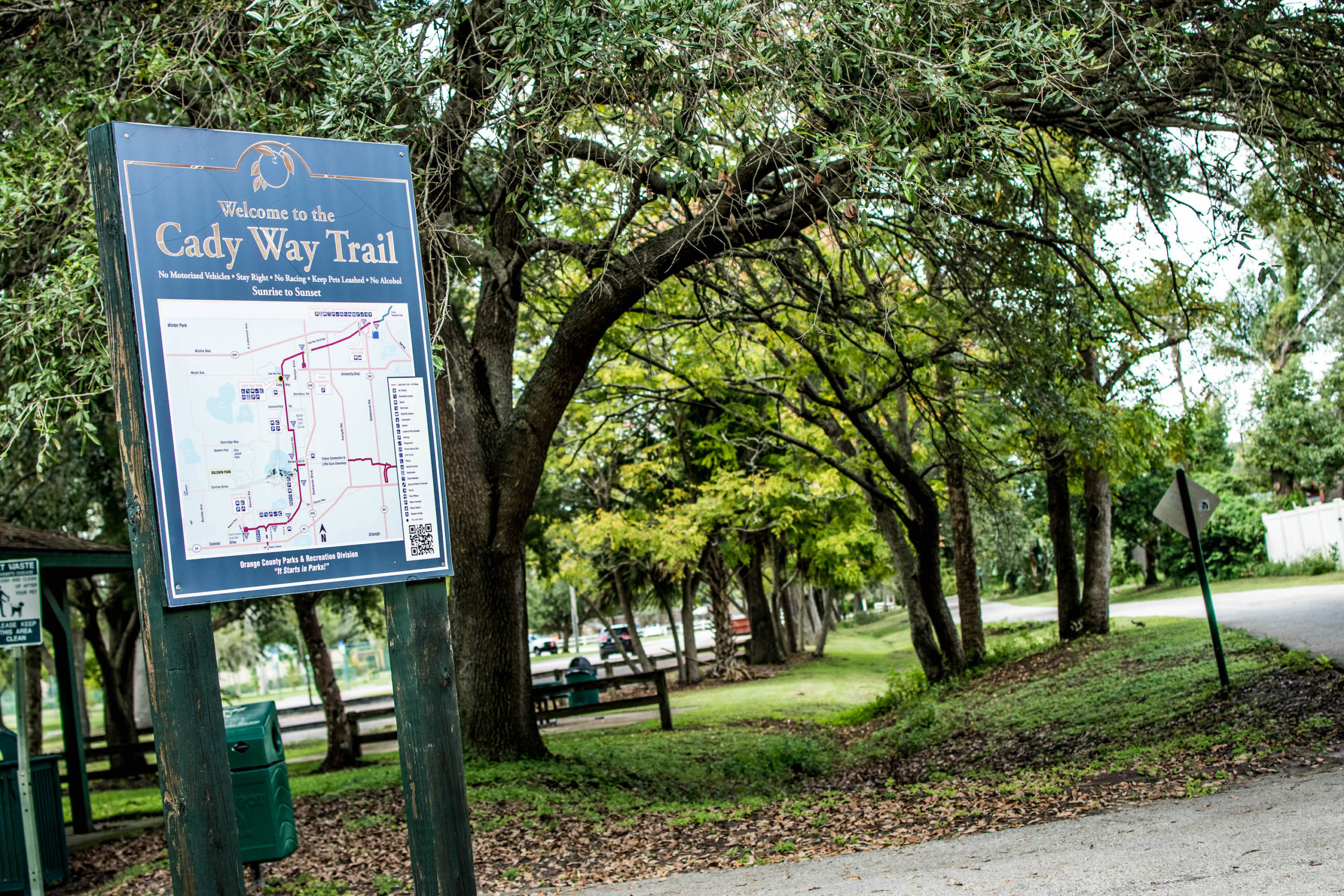 The Orange County Parks and Recreation Department is determining the feasibility of constructing a new multi-use trail bridge. The proposed pedestrian bridge would be located over State Road 436 (Semoran Boulevard) at its intersection with Baldwin Park Street and Auvers Boulevard. The bridge will connect Cady Way Trail to the west and Little Econ Greenway to the east of the project intersection. This connection will grant Winter Park residents and others who frequent Cady Way Trail access to another popular trail in Central Florida.

The department has published a COVID-friendly, virtual public meeting room featuring a project presentation video and displays covering each of the three proposed concepts for the bridge. Each concept has been evaluated and compared based on estimated cost, service, utility impacts, and other factors. These observations are available for public review in the virtual meeting room. Renderings have also been created to provide a visual of each building concept. This online experience will remain available until November 25.

After reviewing all the material, citizens are invited to take a survey and provide feedback about the project to aid in the decision-making process. When taking the survey, locals are asked to provide their age group, address, desired features of the new bridge, which trails they use most frequently, and more.

As for next steps in the feasibility study, Orange County will be selecting a recommended concept based on feedback from the survey. There will then be a second public meeting detailing refinements, and further evaluations will be conducted. This meeting is expected to take place in January 2021. Following the second public meeting, the feasibility study will be finalized, and recommendations will be made before advancing to the next stage. Design is expected to begin in July 2021, and construction funding is still being determined. Therefore, a construction date has not yet been decided.

The design for Richard T. Crotty Parkway (not yet constructed) at the State Road 436 intersection has been considered in the alternatives for the proposed bridge. Richard T. Crotty Parkway will be an east-west, four-lane roadway. It has not yet been decided if the projects will be constructed at the same time. Announcements and updates on future meetings are available on the project website.