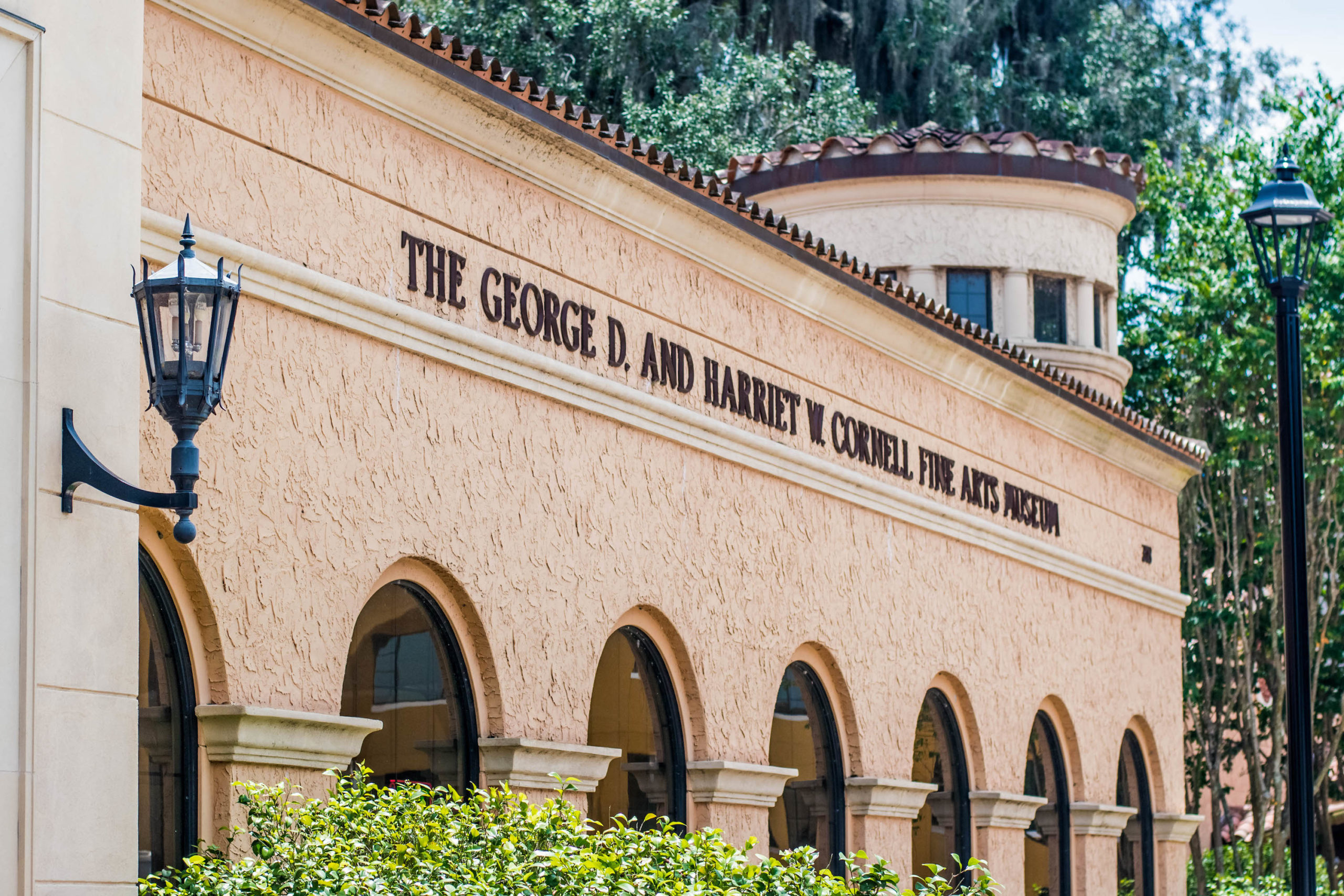 The Cornell Fine Arts Museum at Rollins College will reopen with new exhibits on September 18. Photo by: Abigail Waters

The Cornell Fine Arts Museum at Rollins College will reopen with new exhibits on September 18. Photo by: Abigail Waters
Share This:

The Cornell Fine Arts Museum (CFAM) is a teaching institution on the Rollins College campus that regularly addresses challenging topics through a rotation of exhibits featuring stimulating and thought-invoking works from a diverse collection of artists. The issues highlighted at the museum are manifold and tackle a range of historical, social, political, environmental and spiritual topics. Most recently, the CFAM team has taken on the task of creating an exhibit inspired by past and current events surrounding racial injustice, set to open when the museum reopens its doors this September.

As a teaching museum, acknowledging and responding to significant current events is incredibly important to the essence of the institution and its mission to “stimulate transformative encounters with works of art while integrating art learning into daily life.” The new exhibit, Art Encounters: Community or Chaos, is installed in the Education Gallery and consists of various pieces made between 2012 and 2019 that resonate with themes of social inequality, protest, freedom of speech, and discourse surrounding racism.

“This is, of course, a very timely exhibition and it is a project that was not planned,” said Gisela Carbonell, curator at the Cornell Fine Arts Museum. “It came about in response to thinking about what has been happening, especially in the earlier part of this summer with the murder of George Floyd and everything that has unfolded with the Black Lives Matter movement… When all this happened the staff of the museum felt like we needed to shift some of our programming to respond to and be part of this larger conversation.”

Carbonell and her team selected a collection of various art styles and mediums, ranging from neon signs to sculptures, to include in the exhibition. She shared that the works are “colorful and beautiful,” but also “nuanced and very substantial in terms of the difficult topics they address.”

The collection includes a mixed-media work titled I Am The Greatest, created by Hank Willis Thomas, a Black American conceptual artist. The piece is an enlarged pin button, which was popularly worn in the 1970s as an homage to a Muhammad Ali quote that is known to greatly challenge ideas of white supremacy. Another piece, titled National Anthem (Washington Redskins) by Kota Ezawa, a Japanese-German American artist, is a depiction of National Football League (NFL) players protesting during the national anthem at a game in solidarity with the Black Lives Matter movement. The exhibition includes multiple pieces that construct a commentary on racial injustices.

The hope in displaying this collection is that it feels like an invitation for museum guests to think about the issues at hand. “We looked at the collection in a way that shows the museum can be and is a space for debate, for dialogue, but also for action,” Carbonell said. “We cannot continue simply talking about these things; we have to do things that create change in our communities.”

“Ideally, I would like for visitors to experience thinking about how our artists, like anyone else, are part of the conversation,” Carbonell said. “We all have to have a voice. Our artists have a voice, and, in their way, they are bringing these issues to the floor through their practice, creativity and artistry. They are inviting us to think about some of these issues, in the case of racial inequality and racial injustice, that we have been talking about for so many decades.”

Due to the COVID-19 pandemic, the CFAM is currently closed. However, the museum will reopen on September 18 abiding by official guidelines including social distancing and mask wearing. Other exhibits will be available for view as well.