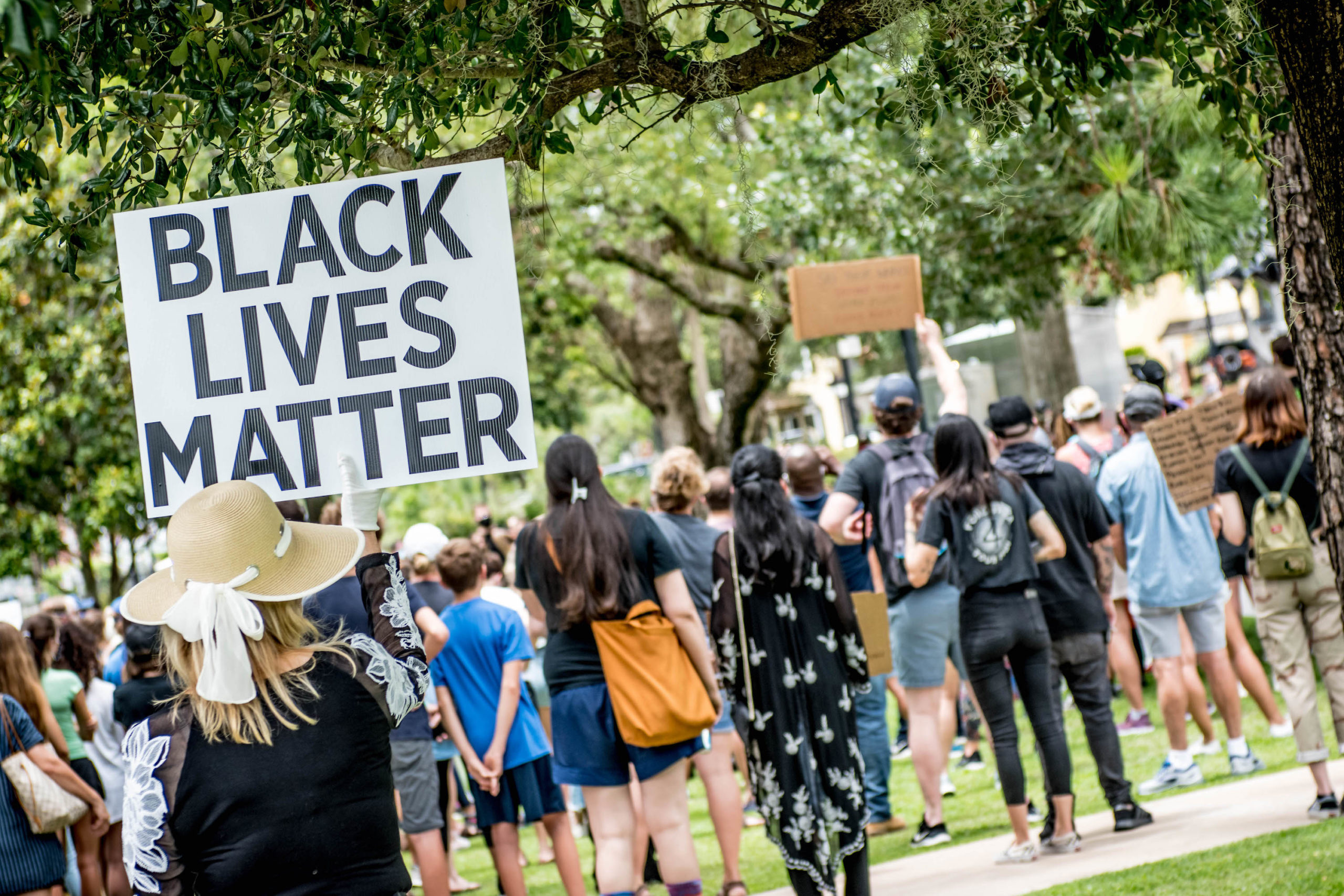 Around noon on Friday, peaceful protestors gathered in Winter Park’s Central Park in support of the Black Lives Matter movement. The protest, one of many across the nation this week, was organized in response to the death of George Floyd, a 46-year-old black man who was killed by a Minneapolis police officer during an arrest.

The crowd consisted of approximately 300 people, and many held signs reading phrases in support of Mr. Floyd and the Black Lives Matter movement. The gathering in the park lasted from roughly 12 p.m. to 1 p.m., when the protesters began to march on Park Avenue.

Multiple speakers, many of whom identified as Winter Park locals, shared words at a gathering in Central Park that prefaced the Park Avenue march. Many of the speakers voiced concerns about Winter Park civil rights and minority representation in civic bodies.

Speakers encouraged protesters to place pressure on local lawmakers for better representation of African Americans and to evaluate current systems and institutions. They called on attendees to educate those around them, to recognize and utilize the privilege they have, and to get out and vote if they are unhappy with the status quo.

As the crowd prepared to march a local minister led them in a prayer, during which the crowd took a knee and bowed their heads in silence as he expressed that he is hopeful that change is about to come. First time organizer, Adrian Bouchout, asked the crowd to remain peaceful throughout the day to send the right message.

The group marched from Central Park to Fairbanks Avenue and took a right onto Pennsylvania Avenue where it passed the Hannibal Square Heritage Center. The march headed down Morse Boulevard to take a break in Central Park before making its way to the Winter Park Police Department. As they marched, protestors chanted “Black Lives Matter,” “Say his name. George Floyd,” and other expressions relevant to the movement. Winter Park police officers rode bikes and drove their cars along with the crowd, which stayed out of the roads.