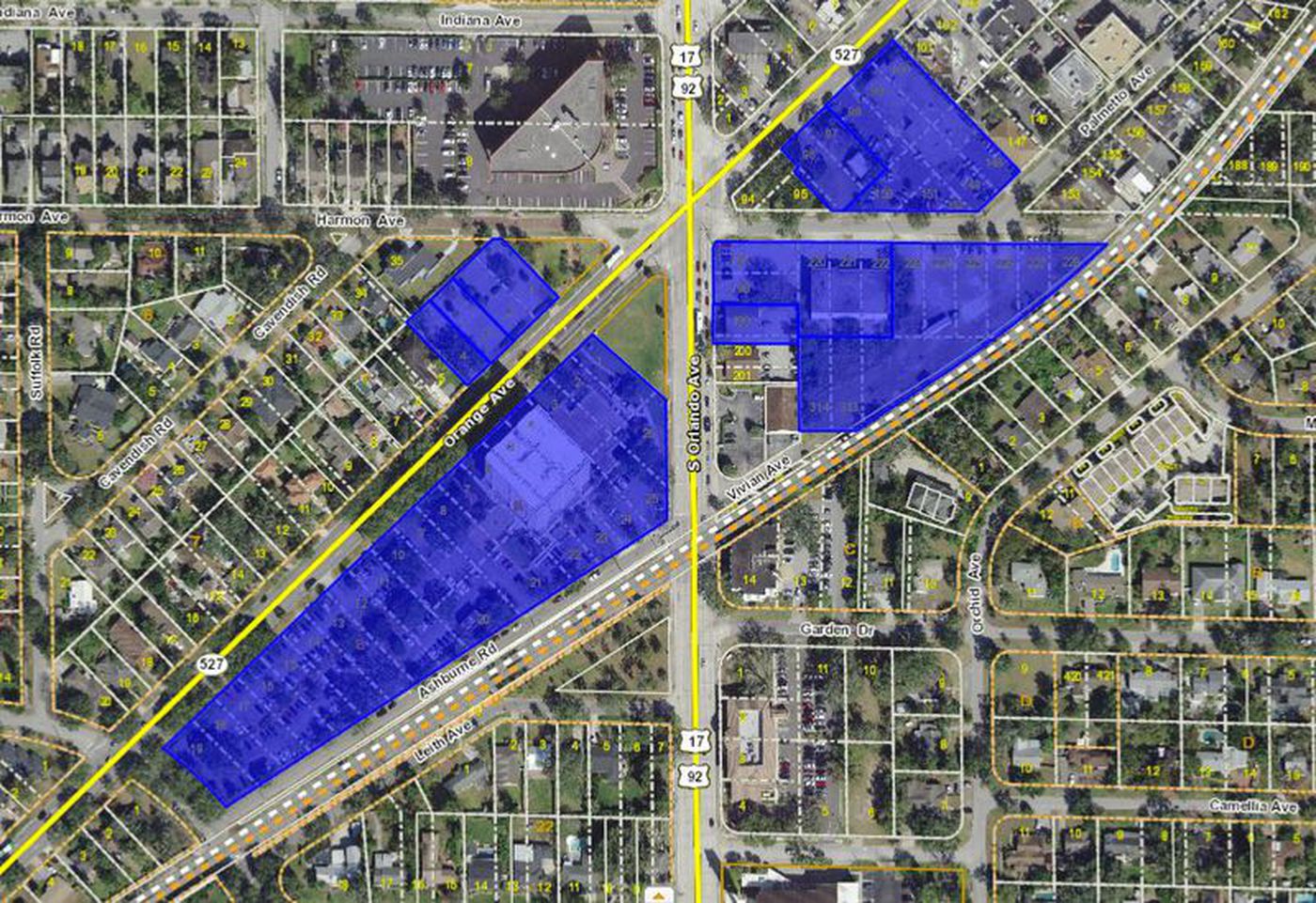 Highlighted in blue is the area of the Orange Avenue Overlay District owned by Demetree Global LLC. Photo Courtesy of: Orange County Property Appraiser
Share This:

Earlier this month, Winter Park-based developer, Demetree Global LLC filed a lawsuit against the City of Winter Park after the city failed to follow its own procedure during a controversial vote to repeal the adoption of the Orange Avenue Overlay District. Filed in Orange County circuit court, the lawsuit challenges the validity of the vote, stating that the city failed to give proper notice for a public hearing. The special meeting took place on March 30 and the agenda was posted to the city’s website on March 27.

The April 13 vote rescinded the overlay district ordinance that would have allowed for further mixed-use development on a 75-acre plot in the Orange Avenue corridor, located between U.S. 17-92 and Fairbanks Avenue. Demetree Global had planned to transform part of the area with new developments after purchasing 2.5 acres of land southeast of U.S. 17-92 and Orange Avenue for $4.8 million in January 2020.

The city originally adopted the overlay district on March 9 after a 3-2 vote approved it. The overlay aimed to accelerate growth in the area, encouraging development for new retail, office and hotel tenants.

The vote to rescind the ordinance came after Winter Park elected two new commissioners, Sheila DeCiccio and Marty Sullivan, who are not as supportive of the special overlay district’s allowance for more aggressive development. Winter Park Mayor Steve Leary attempted to delay the vote and was the lone vote against repealing the ordinance, which passed 4-1.

It is unknown how much the lawsuit will cost the city.