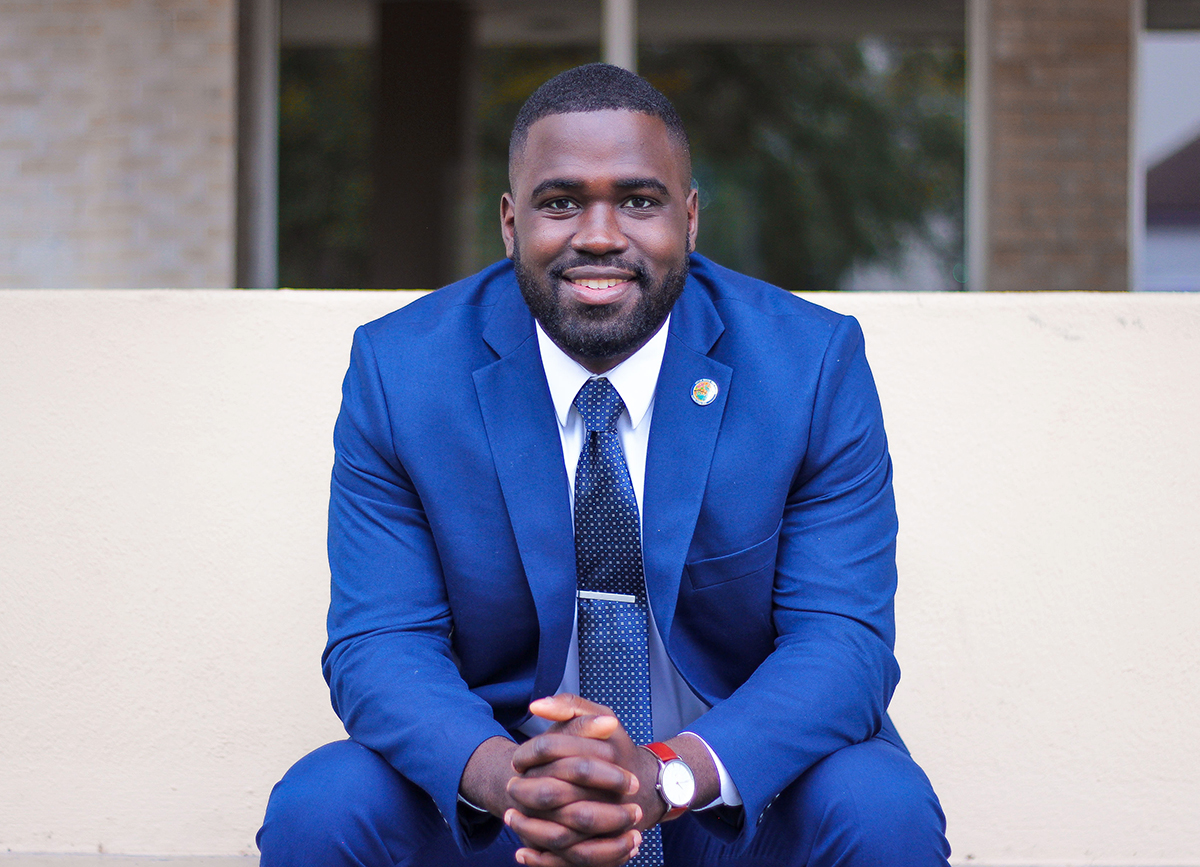 The City of Winter Park will hold its 2022 General Election on Tuesday, March 8. As a means of informing residents, the32789 submitted questionnaires to each of the four City Commission candidates. A series of Q&A-style features was created, one for each candidate, based on his/her responses. Answers were posted as received to preserve the integrity of each candidate’s response.

Elijah Noel is running for City Commission Seat 4. He was born in Orlando, graduated from The Geneva School in Winter Park, and earned his degree in International Business from Rollins College where he also played for the Rollins men’s basketball team. Noel also graduated from Winter Park Chamber of Commerce’s Leadership Winter Park and was nominated one of the chamber’s Emerging Leaders in 2021. He is manager of Orlando’s Eden The Lounge and managing partner of soon-to-open upscale dining establishment ORO Winter Park.

Here, he discusses his candidacy, qualifications, and what he hopes to achieve for the City of Winter Park.

Why do you want to serve on the Winter Park City Commission? I absolutely love, adore, and care for our beautiful city of Winter Park. So, naturally, anything that hinders the growth, development, or prosperity of our community here—I am firmly against. In keeping with the phrase “Be the Change,” running for Winter Park City Commission is me being the change I want to see in my own community. Representation is always to be considered as well. It’s not about me–but rather what youth I can inspire by being a 25-year-old African American elected official.

What best qualifies you to serve? I have been advocating, living, learning, growing and loving within our beautiful city of Winter Park since I started middle school at The Geneva School in 2010. I have since had the privilege to represent Winter Park by means of collegiate sports competition through Rollins College while serving on a congressional youth advisory board. I currently sit on the Boys & Girls Club “Club Blue—Young Professionals” board. I am the current Leadership Winter Park Alumni & Member Engagement Chair here in Winter Park and furthermore, possess a deep understanding of the past, present and future issues that face Winter Park as a city. I have and continue to meet with past and present elected officials City staff of Winter Park in order to broaden my historical knowledge of the city. I am educated, passionate about helping others, and most definitely qualified to be a leader within our city.

If elected, what would be your top priority as City Commissioner? Fiscal responsibility is top on my priorities list. As your City Commissioner, I will oppose any irresponsible spending on local politicians’ properties/pet projects here in Winter Park. These funds will better be used on initiatives to improve our parks and physically connect the city through bike paths and improved roads and walkways.

What do you think is the most important issue regarding the Orlando Avenue Overlay proposal as it has been approved? The Orange Avenue Overlay is a great example of a missed opportunity here in Winter Park. The original OAO plans revolved around 15-person task force of experts/community members, traffic studies as well as months of research and community feedback. Unfortunately, the Commission ignored the experts, ignored the residents and distorted the narrative.

How do you feel about the super majority options on the ballot? The ordinances themselves are not the problem. However, the requirement to have a supermajority vote on the commission is very concerning. The term “supermajority” SOUNDS good. It SOUNDS inclusive—as if to say everyone is being counted in and included. However, it’s almost the opposite. It’s unfortunate that a super majority amongst the current commission is just another attempt to keep the power of consensus oppressed while catering only to a select few residents whose voices are deemed important enough to be represented. There is a reason why the original supermajority vote requirement was appealed. It is a way to handcuff the power of resident input. Furthermore, a supermajority will only serve to diminish the effectiveness of future commissioners and mayors who are in the minority on votes contrary to what the residents actually want. I encourage all to NOT support the supermajority charter amendment efforts and vote “NO” on all six amendments.

If you could wave a magic wand and change one thing about Winter Park, what would it be? I would magically dissolve the lines that socially divide Winter Park. Winter Park is a safe haven, home and community—a community of people with all different backgrounds and values. Unfortunately, we’re all limited by our personal life experiences and thus are prone to disagree on social issues (gentrification of the west side, what development looks like in Winter Park, etc.) as we are sometimes victims of our own consciousness. If I had a magic wand, I would do away with all of our perceived social differences in order to unite Winter Park holistically.