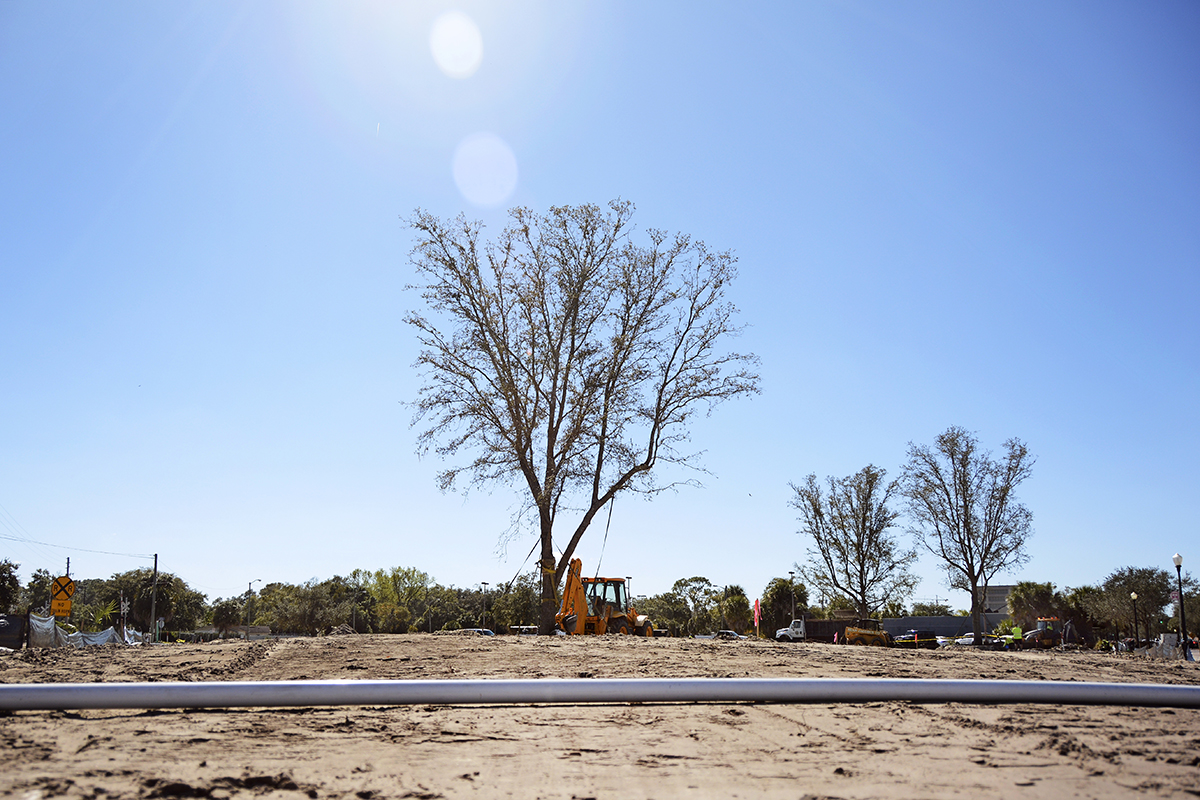 Landscaping at Progress Point is under way with the installation of seven live oak trees. Photos by: Jim Carchidi

Landscaping at Progress Point is under way with the installation of seven live oak trees. Photos by: Jim Carchidi
Share This:

Winter Park’s newest $3.1 million park project is taking shape at the corner of Orange Avenue and Denning Drive. Named for the former Progress Energy site, Progress Point will be a green space with mature trees, fountains, and recreation areas. The park will function as a northern gateway to the Orange Avenue district.

Work crews are currently in the first phase of development for the property, levelling the ground and planting seven live oak trees. Additional features will include pedestrian pathways and public programming areas.

As previously reported by the32789, the plans outlined by ACi Architects, the Winter Park-based architect designated for the project, include 40,000 square-feet of retail, restaurant, and commercial space on a 1.5-acre section of the land. However, public and City Commission desire for more green space led to the postponement of an immediate decision regarding a request for proposal (RFP) for commercial development.

• Are plans for the 40,000 square feet of retail, co-working and lounge space still part of the overall project? The retail space is not part of this phase. If/when the retail is to be considered, it will have to come back to the City Commission, but there is no timetable for that at this time.

• Will there be a call for additional resident input on the retail phase? Yes, when that issue comes back it would be a full public process.

• Has the project been impacted by the supply chain or workforce issues throughout the construction industry? Only by a few days. We had slight delay in the delivery of the large trees due to issues arranging the escort trucks.

Progress Point designs were considered in the overall concepting of the Orange Avenue Overlay, however commissioners chose to move forward with the park as a separate project from the overlay district. Progress Point will be funded via money received from the American Rescue Plan Act.