Noted philanthropist, business leader, and Winter Park resident Harvey Massey passed away on Tuesday, Jan. 24. His professional accomplishments and community service made him one of Central Florida’s most prominent residents. Photo courtesy of: Massey Services, Inc.

Noted philanthropist, business leader, and Winter Park resident Harvey Massey passed away on Tuesday, Jan. 24. His professional accomplishments and community service made him one of Central Florida’s most prominent residents. Photo courtesy of: Massey Services, Inc.
Share This:

Central Florida business icon and noted philanthropist Harvey Massey passed away on Tuesday, Jan. 24, at the age of 81. The Winter Park resident is best known for founding Massey Services, Inc., his service to the community, and the charitable efforts of the Harvey and Carol Massey Foundation.

“It is with a profound sense of sadness and loss that we share with everyone here at Massey Services that Harvey L. Massey passed away yesterday,” read a statement from Massey Services, Inc. to company employees. “We will miss his leadership, mentorship, friendship, and his commitment to giving back. His involvement and contributions to the arts, education and health and human services have made an indelible mark on our communities.”

Massey was born in Melville, LA. in 1941 and grew up with his parents and older sister in a one-bedroom house. He split his time, after school and on weekends, between working at his father’s ice delivery business and his grandfather’s general store. He joined the U.S. Army Security Agency shortly after his 18th birthday, and eventually took over his father’s business after his parents divorced.

He married his wife, Carol, in 1963 and they settled in Austin, TX. where he accepted a position at Orkin Pest Control. Massey would become the youngest vice president in company history and, in 1979, joined Terminix International as senior VP of operations.

He prepared himself for greater achievements by completing a Wharton School of Business course on finance and accounting in 1980, and purchased Orlando-based Walker Chemical & Exterminating Co. in 1985. Within two years, he changed the name to Massey Services and began growing the business into the fifth largest pest management company in the nation, and the industry’s largest privately-owned company. Its marketing and public relations arm, Massey Communications, was rebranded as Moxe in 2016.

Sam Stark, current vice president of communications and external relations at Rollins College, was president at Moxe during the transition and worked with Massey on the rebranding.

“Harvey treated everyone and anyone he dealt with such kindness and respect,” Stark told the32789. “His larger-than-life personality was topped only by his generosity to people, family, community, and his business. Ever since we met in 1991, when I was an intern at Florida Citrus Sports, he treated me like he cared and I mattered.”

Stark also recalls his favorite story about his time working with Massey. “I told him I thought it would help the agency to grow and attract new clients by changing the name. He laughed and said, ‘Why don’t you just tell me you don’t like my family.'”

Harvey Massey’s professional leadership and business acumen was recognized with numerous honors, including a place in the Pest Management Industry Hall of Fame and the Pinnacle Award from the National Pest Management Association. But even stronger than Massey’s dedication to his company was his devotion to his community.

Harvey and Carol were known for their philanthropy and benefitted more than 25 local, state, and national organizations through the Harvey & Carol Massey Foundation, established in 2014. Community service and board seats included a number of organizations; the Board of Governors of Stetson University, Rollins College President’s Leadership Council, and the Edyth Bush Charitable Foundation, to name a few. And his list of community awards ranges from Orange County Citizen of the Year to the Father of the Year Award from the Orlando Father’s Day Council.

Harvey and Carol’s son, Tony, was promoted to Massey Services, Inc. CEO in 2021 while Harvey served as chairman of the board. Their daughter, Andrea Massey-Farrell, serves as president of the Harvey & Carol Massey Foundation and Massey Services Inc. senior vice president of community relations. 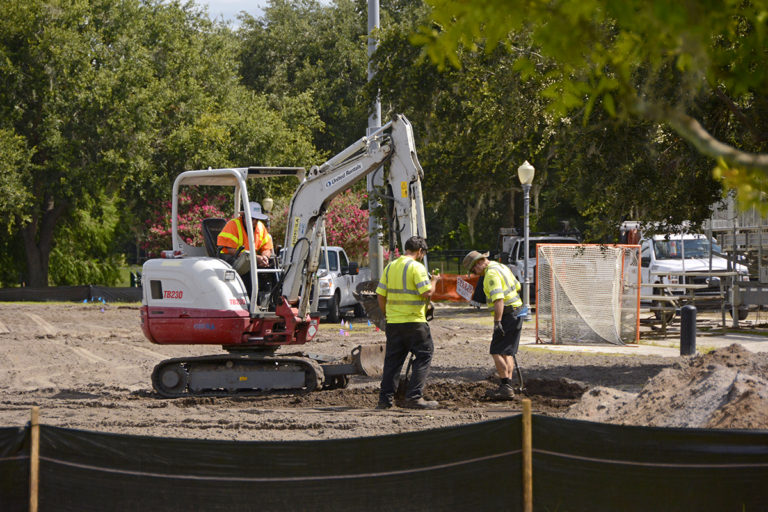