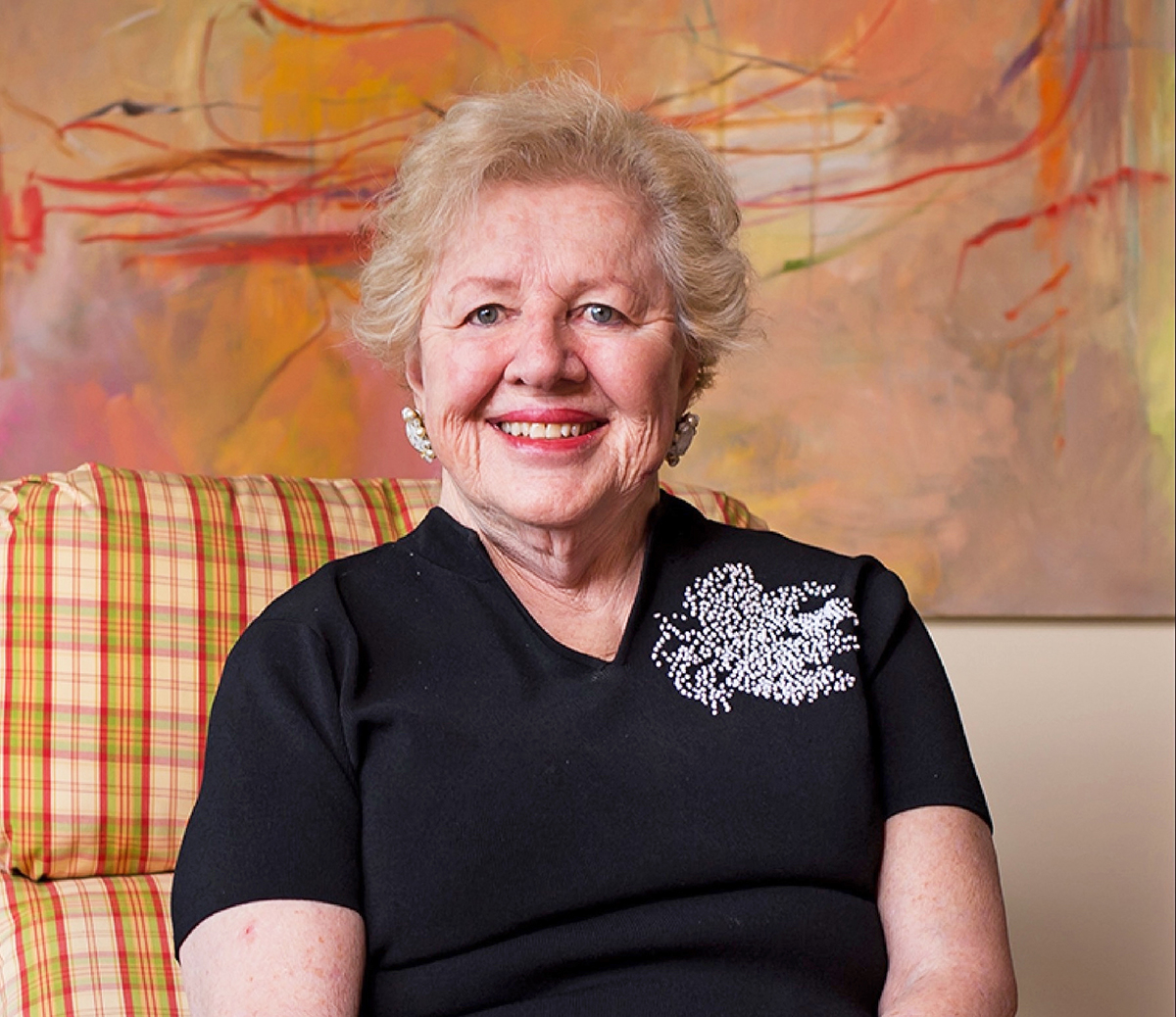 Fannie Hillman, founder of Winter Park-based Fannie Hillman + Associates, passed away in October at the age of 88. Her devotion to family, business, and community are remembered by those working to carry on her legacy. Photos courtesy of: Scott Hillman

Fannie Hillman, founder of Winter Park-based Fannie Hillman + Associates, passed away in October at the age of 88. Her devotion to family, business, and community are remembered by those working to carry on her legacy. Photos courtesy of: Scott Hillman
Share This:

Fannie Hillman, long-time Winter Park resident and business owner, passed away in October at the age of 88 leaving behind a legacy of community-minded endeavors, a well-respected company, and a family that strives to carry on her ideals.

She started Fannie Hillman + Associates in 1981 as a single mother and sole provider for her family. It was also one of Winter Park’s first woman-owned businesses.

A fixture in the community, Hillman was born in the small coal mining town of Norton, VA and moved to Central Florida with her family in 1958 – a time when the city was still taking shape and had not yet received its own exit off Interstate 4. Hillman’s husband, a Virginia dentist who was also licensed in Florida, relocated to take over the responsibilities of Dr. Wilbur Jennings, prominent Winter Park resident and then-owner of the landmark Capen House.

Having graduated from Longwood College (now Longwood University) and Medical College of Virginia (now VCU School of Medicine), Hillman began working as a medical technician at what was then the Orlando Regional Medical Center. She later taught biology at Winter Park High School.

“She had the propensity to faint at the sight of blood,” her son, Fannie Hillman + Associates President Scott Hillman, recalls with a laugh. “And she hated teaching.”

Scott remembers his mother as being “the life of the party – she always wanted to meet new people.” Real estate became a way she could connect with her community while also providing for her family.

She studied at night to earn her real estate license, honing her skills and sales acumen by working alongside Winter Park real estate legend Don Saunders at his business.

“She learned a lot from Don,” said Scott. “She did pretty much everything the way he would do it.”

After years as a sales leader working for Saunders, Hillman began forging her own legacy and opened the doors to Fannie Hillman + Associates in 1981.

“She was raising three kids and had the financial motivation to do it,” said Scott. “But she wouldn’t have been able to create what she did without really, truly loving showing houses, taking care of people, and negotiating deals.”

The company would not only achieve success with $39 million in annual sales by 1988, but it would also create a legacy as a family business with the addition of Scott and his son, Sam. The firm’s website cites Scott as playing a key role in building on what his mother had started, pushing Fannie Hillman + Associates’ sales volume to over $310 million in 2019.

According to Sam, Fannie “loved selling” and was fueled by a competitive spirit. “She was after it all the time,” he said, recalling that she remained heavily invested in the success of the business, even after her retirement.

In addition to her industry of choice, Hillman loved the Winter Park community. In the years leading up to Sun Rail’s arrival, the project had few bigger champions than Fannie Hillman. And while some residents, community members, and local leaders predicted little more than industrial noise and an ancient mode of transportation careening through the serene city center, Hillman saw a way to introduce new people to the town.

“I remember, several times growing up, talking with her and she was just like, ‘You don’t understand how special Winter Park is,’” recalled Scott. “She said many times that this is such a special little town.”

Though she loved Winter Park, Fannie wanted her family to know there was more to the world.

“We went with her to Virginia to see her roots. She was very passionate about knowing where you came from,” said Sam, who also recalls many vacations to cities including Washington, D.C. and New York. “She wanted to see it, too, but mostly to let her grandchildren know there was this whole other world out there.”

The fond memories Hillman’s family share are endless, and the hole left by her absence is just as vast. But while it is natural to grieve the loss, it is more productive to celebrate all that her life gave us. New generations of visitors and future residents have been given the opportunity to fall in love with our community thanks to her efforts as a business owner and as a neighbor.

“Her story, growing up in a small coal mining town and ending up here, it’s pretty special,” said Scott Hillman. “It was big business, but there were endless laughs along the way.”