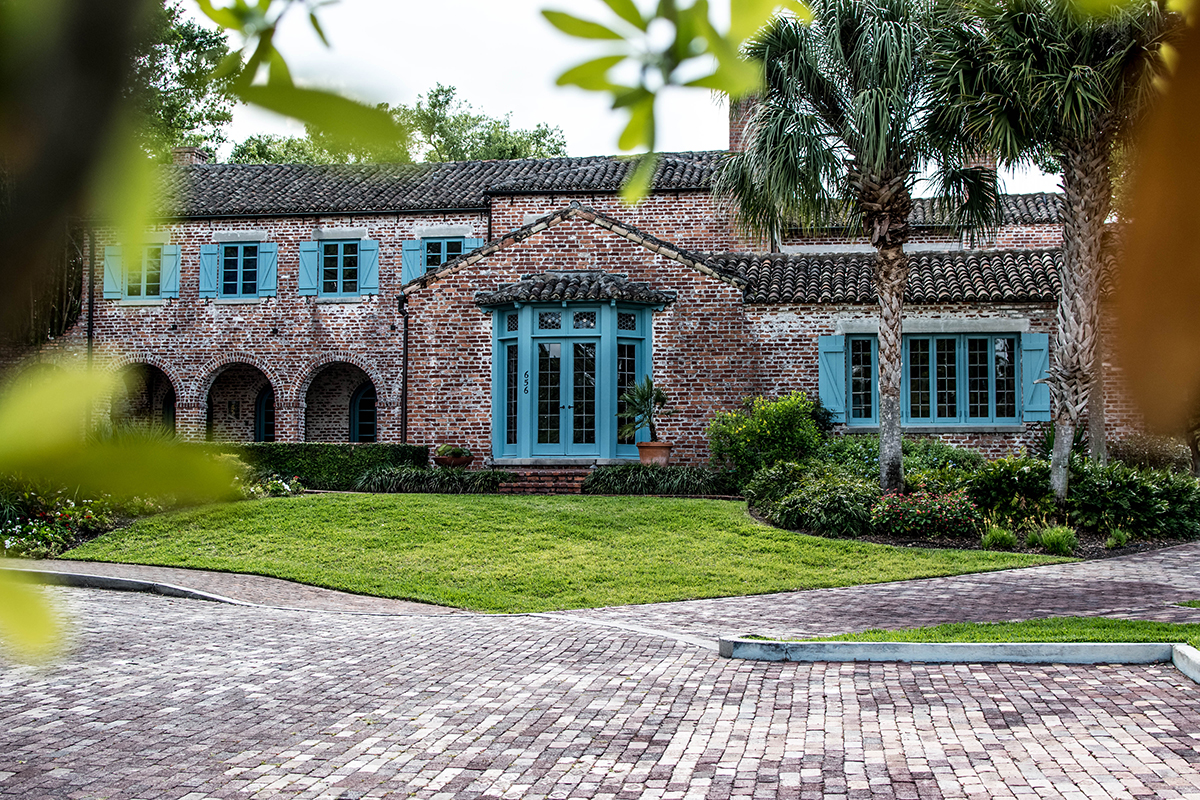 The story of Casa Feliz will be celebrated as part of the Florida Division of Historical Resources’ Historical Marker Program. Photo by: Abigail Waters

The story of Casa Feliz will be celebrated as part of the Florida Division of Historical Resources’ Historical Marker Program. Photo by: Abigail Waters
Share This:

Once called “Winter Park’s community parlor,” Casa Feliz will be commemorated as a historic site under the Florida Division of Historical Resources’ Historical Marker Program. The city of Winter Park and the Friends of Casa Feliz will dedicate a historical marker during a ceremony at the local landmark, located at 656 N. Park Ave., on Wednesday, Sept. 7 at 5:30 p.m.

Originally known as the Barbour Estate, the Andalusian-style farmhouse was designed and built on the shore of Lake Osceola in the early 1930’s, by renowned Winter Park architect James Gamble Rogers, II. Massachusetts industrialist Robert Bruce Barbour commissioned Gamble to build a house suitable for hosting large gatherings. The Barbours hosted so many events, their home became known as the “community parlor.” By the 1960s, it was dubbed Casa Feliz, or Happy Home.

And that’s just the beginning of its unique history.

After the announcement of a planned demolition in 2000, community members rallied against its destruction. Their efforts were given more time when the Audubon society found a bald eagle nest with eggs in a neighboring tree. Because the eagles are a protected species, all construction work had to stop until the eaglets were hatched, giving the community time to raise enough money to purchase the home from its then-owner. However, the rights to the land remained with the owner, so Casa Feliz had to be moved.

The 750-ton house was jacked-up onto 20 eight-wheel dollies and moved 900 feet onto city-owned property on Sept. 1, 2001. The community raised $1.2 million to fund the project. Once resettled, the Friends of Casa Feliz continued to raise funds to restore the estate close to its original condition. Since then, more than 175,000 visitors have enjoyed the home, which now hosts hundreds of weddings and community events.

Casa Feliz was placed on the National Register of Historic Places in 2008. It was also recognized with three awards from the Florida Trust for Historic Preservation, and was named one of the Top 25 Buildings in the State of Florida by the Florida Chapter of the American Institute of Architects.

The Florida Historical Marker Program raises public awareness of the state’s rich cultural history while enhancing the enjoyment of historic sites. Casa Feliz is one of more than 987 historical markers throughout the state.

To learn more about Winter Park’s historic preservation program and how property owners can preserve their historic properties, access cityofwinterpark.org/historicpreservation.