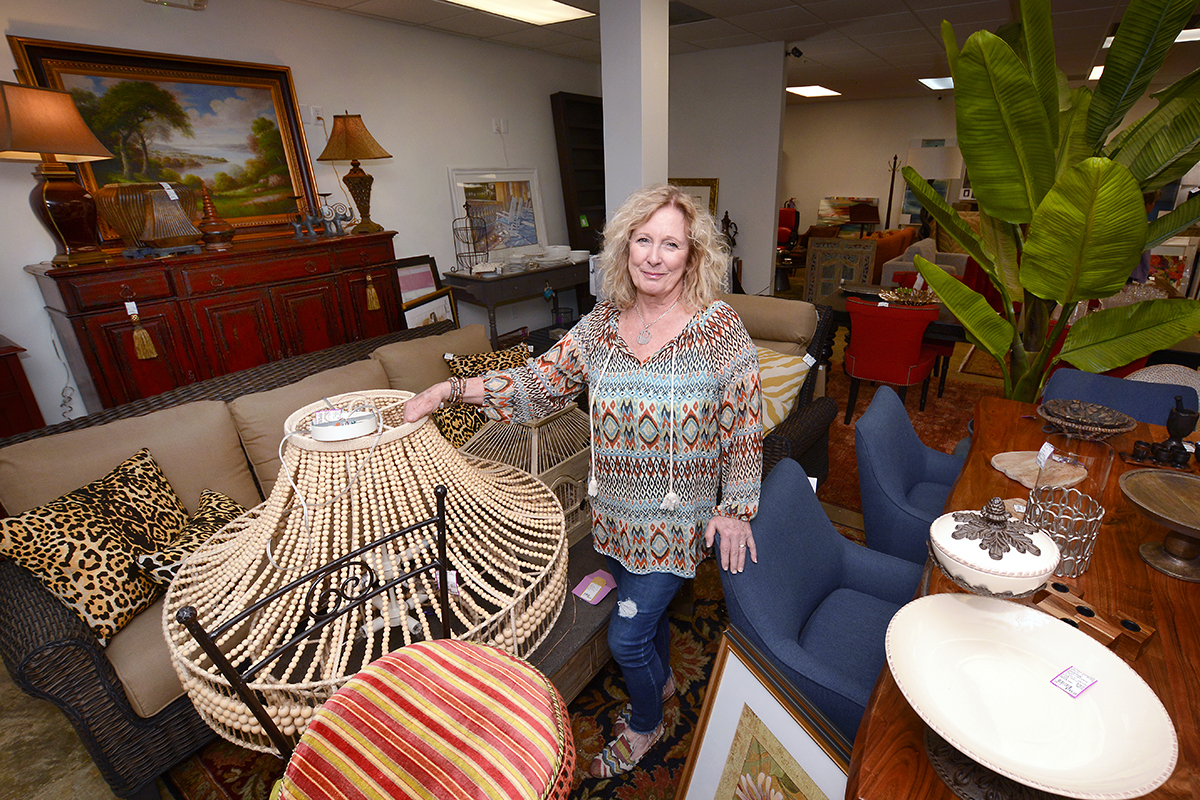 Top Drawer Consignments Inc. President and General Manager Jennifer Dodds took over the business in 2020, navigating the pandemic economy and a relocation to a larger location at 809 S. Orlando Ave., Suite K. Photos by: Jim Carchidi
Sponsored By:

Top Drawer Consignments Inc. President and General Manager Jennifer Dodds took over the business in 2020, navigating the pandemic economy and a relocation to a larger location at 809 S. Orlando Ave., Suite K. Photos by: Jim Carchidi
Share This:

Top Drawer Consignments, Inc. has moved to a Winter Park address for the sake of its most valued asset: its customers.

“We spent more than a year looking at locations. This one just made the most sense,” said President and General Manager Jennifer Dodds of the company’s new South Orlando Ave. showroom and warehouse.

The business was launched in 1995 by former Walt Disney Attractions Chairman Dick Nunis, his wife Mary, and their friend and former Walt Disney World interior design manager Fred Rodgers, out of their affinity for antiques. As the business gained popularity, they kept its original address in the art deco-inspired building at 2500 Edgewater Drive.

According to Dodds, the Nunises would sometimes talk about eventually selling the business. But in 2020, discussions began in earnest.

“When the pandemic hit they were looking at shutting it down, we didn’t want to see that happen,” said Dodds, who purchased the business that year with her husband, Jeff.

A temporary shutdown was inevitable as the pandemic spread but it was anything but downtime for the new owners.

“We closed for 6 weeks, and it gave us a chance to clean house, to retool, and we put our inventory online which made a big difference,” said Jeff Dodds. “Retail therapy is something everyone needs, but during the pandemic it seemed even more necessary.” However, there was one problem that updating the operation could not fix.

Top Drawer occupied a 4,500 square-foot space for 27 years. Despite its connection to the building, the business needed more room.

“Somebody would bring in an entertainment center or a bed, and it would sit in the office because there was no room out on the floor,” said Jeff Dodds. “There was one chair where employees would sit and eat next to the fridge. That was our lunchroom.”

As a full-time real estate agent, Dodds had the resources to search for a new location but limited the options for one reason.

“We talked about Lake Nona, Winter Garden, Longwood,” he said. “But we are very relationship-oriented, and we wanted to keep our clients.”

“We’re two and a half miles from the old building and that was important to us,” said Jennifer Dodds. “We have a big following of Winter Park residents, but so many people were used to that location. We wanted to stay as close as we could for their sake.”

“We had to put displays behind the sales counter at the other building. Now there’s enough floor space to display everything,” said clothing-side manager Judy Patti. “But we still get about 40 pieces a day, sometimes more. We try to price everything as it comes in because we’ll get that same amount in the next day. We don’t want it to snowball.”

Despite the new location, e-commerce options and a growing social media following, the ideals that opened the business are what keep it growing.

“In the beginning we didn’t turn things over nearly as quickly we do now. Most items sell in 30 days,” said Pam Carpenter, who has been a Top Drawer employee since the doors first opened. “It’s all about word of mouth. We know our customers by their first name, and we greet one another like extended family.”