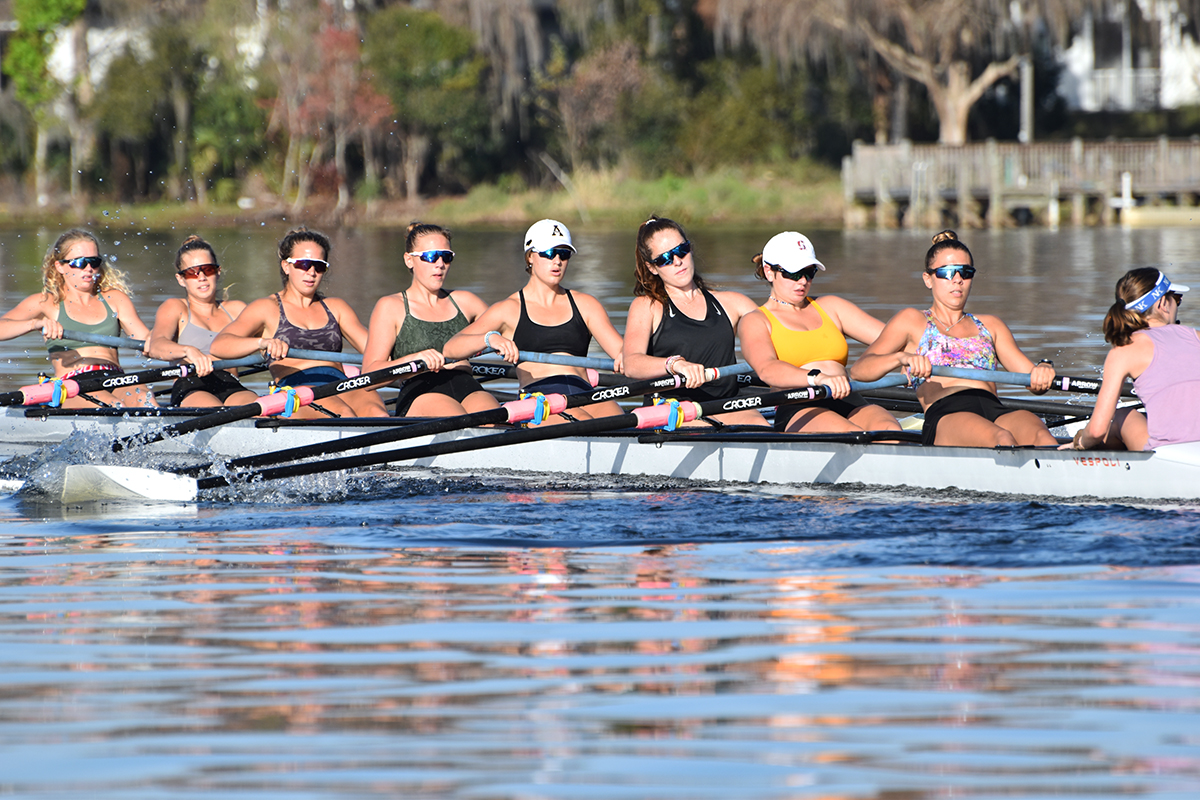 School will be out, but summer won’t be a vacation for nine members of Winter Park High School’s scholastic rowing team, aka Winter Park Crew, as they head to the U.K. for the Henley Royal Regatta, June 28-July 3.

The Women’s Varsity 8 boat – made up of eight rowers and one coxswain – is making history. The only other Winter Park Crew boat to join the renowned competition was the 2007 men’s team.

“We’re taking it extremely seriously,” said Paige Perrott, who holds a stroke seat on the Varsity 8. “We are having to prepare a lot more, physically and mentally. It’s just on a completely different level.”

“It’ll be a 17-day trip. We’re going to train on the Thames for the week leading up to the regatta,” said Winter Park Crew Head Girls Coach Mike Vertullo. “It’s sort of like a bracket, each day you’re racing one team and if you keep winning, you keep going. If you lose, you get knocked out.”

Established in 1849, the Henley Royal Regatta is the most prestigious rowing competition in the world, attracting international participants ranging from Olympians to amateur-level clubs. The Winter Park team will be part of the inaugural year of a new Junior Women’s Eights competition known as The Prince Philip Challenge Trophy.

Winter Park Crew has a winning history with 38 state championships, and this year’s Women’s Varsity 8 is ranked as the No. 1 scholastic rowing team in the country. “We had an opportunity in February to race two of the top teams from the northeast,” Vertullo said. “We won that regatta, which put us on our trajectory to go to Henley.”

Athletes train 11 months a year for two to three hours a day, six days a week while maintaining an average 4.5 GPA. “We start training in August and the championship season is in the spring,” Vertullo said.

Preparing for the trip to England involves more than training. The team has organized fundraisers including a GoFundMe campaign, a Mother’s Day Tea Basket sale, and a May 5th poker tournament with proceeds going toward travel expenses.

The team faces a demanding schedule with the southeast regionals happening May 7-8, Scholastic Rowing Association of America Nationals scheduled for May 27-28, and the USRowing Youth Nationals happening June 7-10. Though their spot in the Henley is not on the line, the Varsity 8 seating depends on their performance leading up to the competition.

“It’s important to get a good seat, that way you don’t have five or six difficult races in a row,” Vertullo said. “You hope your first few rounds are against lesser teams and you can take it a little bit easier.”

“It’s definitely a little nerve-racking, but I am equally as excited because it’s a once-in-a-lifetime opportunity,” Perrott said. “I’m just really excited to finish off the season with such a prominent race.”