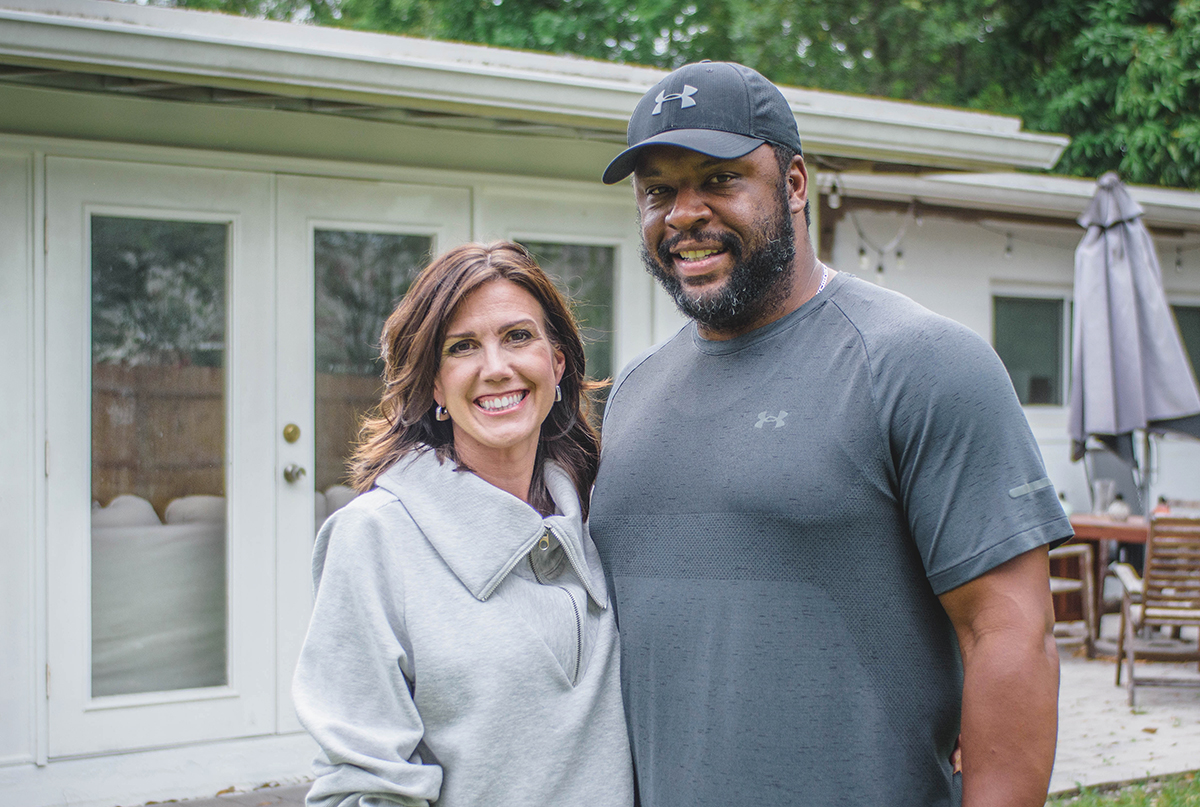 Kate Demory and Craig Russell shared a common path long before they met. The Winter Park couple graduated from the University of Central Florida, worked at the same restaurant, and pursued careers in education that led them both to faculty positions at Winter Park High School. But their campaign to support students in need has become a passion that many have been inspired to follow.

They formed Army of Angels to help children, teens, and young adults facing significant adverse childhood experiences. The nonprofit supplies everything from clothing to laptops, enlisting the community with the goal of promoting independence.

“We don’t have to go through the county or the state,” said Demory of their efforts, which rely on corporate and private donations. “It is a way for young people to get support without having to deal with systems that are too cumbersome for them to get through.”

It began in June of 2019 when a former student reached out to Demory for assistance.

“He dropped out of high school at the beginning of his junior year,” Russell said. “He was in a group home and got into some trouble. Kate’s was the only phone number he had.”

After attempting to navigate state and local agencies to find basic assistance, Demory and Russell sought help from the community via a Go Fund Me page.

“It was next to impossible to deal with the red tape,” Demory said. “He couldn’t find food or clothes or a job. But having the community rally around him was like having an army on his side.”

Just a few months later, when COVID-19 shut down in-person learning at their school, Demory and Russell were ready to help.

“There are a lot of families who are struggling, and the pandemic made it worse,” Russell said. “Without those three meals a day at school, lots of kids didn’t have any food.”

According to Demory, word of mouth led to requests for food assistance coming from as far away as Polk County. Volunteers donated the food, the funds, and the time to prepare and deliver approximately 200 food boxes each week that schools were closed.

Food drives soon led to device drives, for which laptops were provided to graduating seniors whose only access to a computer was through their school. “We had companies rally together and donate their aged-out laptops and tablets,” Russell said. “Monetary donations went into purchasing laptops in bulk, and we partnered with local organizations that specialize in wiping hard drives and refurbishing used technology.”

The outlets stock various necessities, allowing students to borrow items, pay for them with donations of their choosing, or in exchange for items they no longer need.

“The students wanted to call them outlets to remove the stigma of being in need,” said Demory. “And they have been very willing to give back with donations.”

As they close in on Army of Angels’ four-year anniversary, Demory and Russell are setting their long-term sights on an even larger goal.

“It’s been a dream of ours to have a tiny home village to house kids who have aged-out of foster care, and (establish) a base for Army of Angels to work from,” Russell said. “It’s in the design phase and we hope that support will continue to grow into finding some space and donors and getting the planning phase into motion.”

“We want to be able to continue giving essentials to kids and families as they need them,” Demory said. “Whether it be food, clothes, furniture, housing; if they ask, then we ask the community, and the community takes care of it.”