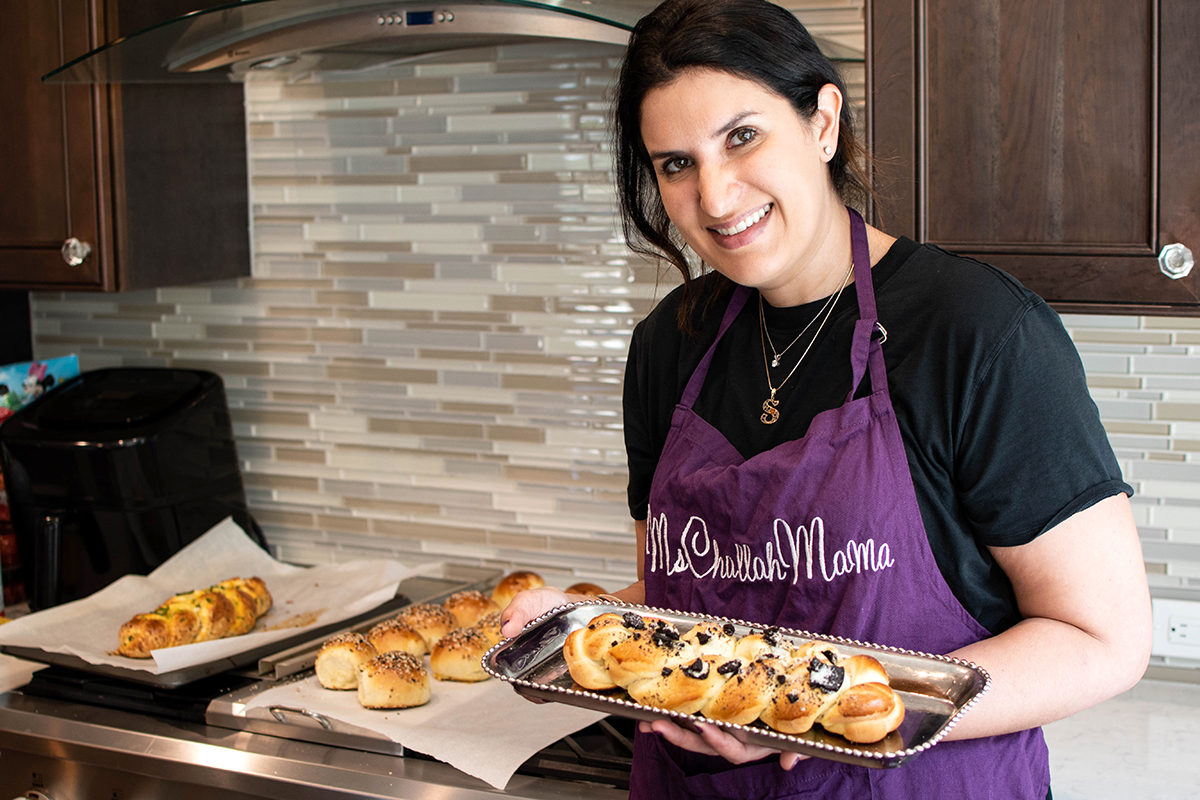 Sarah Krantz, aka MS Challah Mama, is on a roll with her unique twists on a traditional comfort food. Photos by: Abigail Waters

Sarah Krantz, aka MS Challah Mama, is on a roll with her unique twists on a traditional comfort food. Photos by: Abigail Waters
Share This:

Sarah Krantz’s take on a traditional bread recipe has made the Winter Park resident a rising star as the owner/founder of MS Challah Mama, LLC.

Her innovation was born of necessity after COVID-19 temporarily closed her daughter’s preschool at the Roth Family Jewish Community Center of Greater Orlando.

“Every Friday there would be a large assembly to celebrate Shabbat with songs and dancing and the prayers,” she said. “After Shabbat the kids would go back to their classrooms and receive sliced challah bread and cream cheese as a snack.”

What was known as “challah Fridays” became a mother-daughter project, testing out recipes found in books and online. “Once I got the base down, I started baking in larger quantities,” she said.

Sprinkles and other sweet additions led to more experiments. A selection of sweet and savory offerings soon followed, as did the need for feedback.

“I was giving things away to people just because I wanted to know what their opinion was,” she said. “I started asking people, ‘Would you buy this?’”

A recipe for challah cinnamon buns became a bake-at-home kit that includes rolled buns, a container of icing, and baking directions. Goody bags with individually wrapped rolls became a popular request for weddings and parties. And additional experiments with babka – a type of cake made with bread dough – have broadened her offerings and her requests.

“My husband brought some items to his office to share and, the following Monday, there was a spreadsheet on the wall that was full of orders.”

The positive response led Krantz to start a cottage industry bakery. When she’s not working three days a week as a lawyer, she’s in her kitchen filling orders placed at her @MsChallahMama Instagram account. Cottage law allows for in-state shipping, but most orders are picked up at her home, or at the Jewish Community Center.

As Krantz went from cooking for a family of four to producing more than two-dozen loaves per week, she is now contemplating the purchase of a second oven and has already invested in a massive spiral dough mixer. “It weighs 66 lbs.,” she said. “It can make four batches at once – which produces about 10 challahs worth of dough.”

Krantz and her husband, Jason Korenblit, have also discussed expanding the cottage business into brick-and-mortar location.

According to tradition, a small portion of the challah dough is set aside as an offering. Krantz has taken the idea a step further with every item she sells.

After being diagnosed with multiple sclerosis in 2019, Krantz focused on raising funds for Walk MS. Despite the 2020 event going virtual due to COVID-19, she raised $3,000 and continues to raise money with her business.

“The MS in MS Challah Mama was always supposed to stand for multiple sclerosis because I donate a portion of every single sale to the National Multiple Sclerosis Society,” she said. “It’s a way for me to give back, which also makes all of this come full circle.”