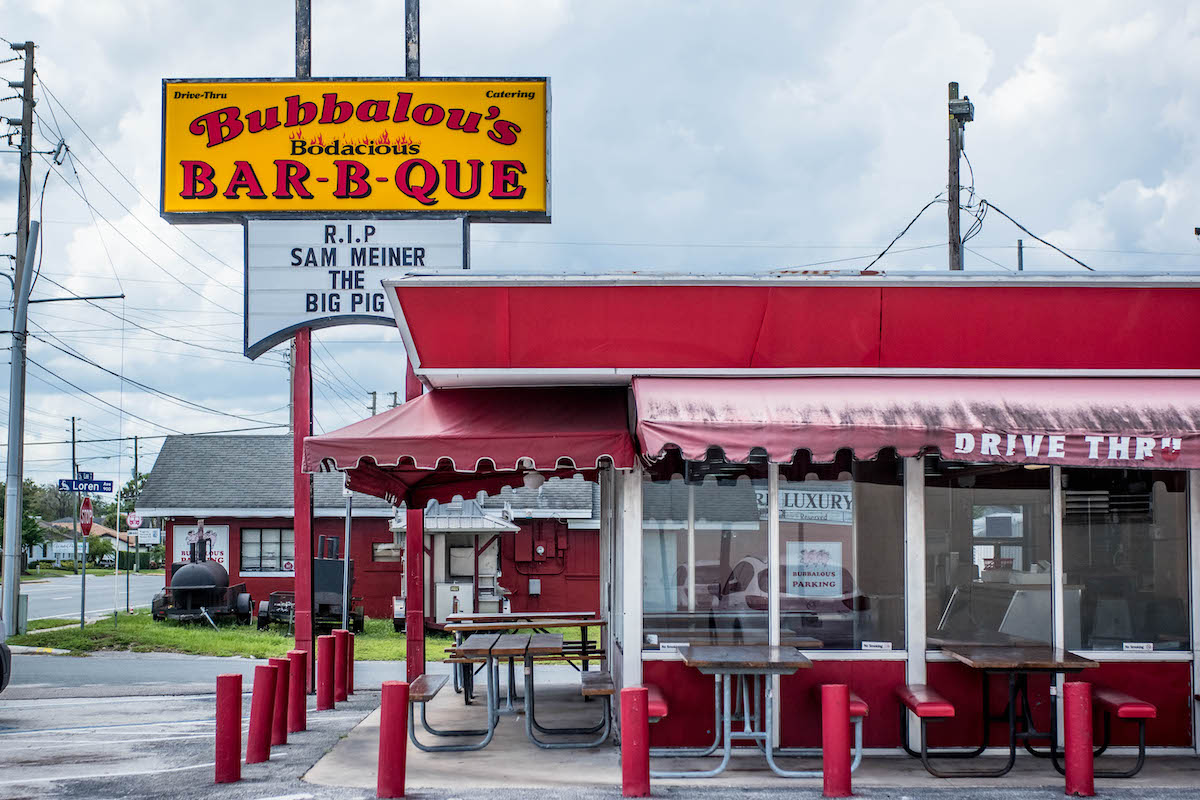 On Tuesday, Pig Floyd’s Urban Barbakoa Owner Thomas Ward signed a lease to open a second Pig Floyd’s location at 1471 Lee Road in a space formerly occupied by Bubbalou’s Bodacious Bar-B-Que, which closed its doors in September after 35 years in Winter Park. In a recent interview, Ward unveiled plans to pay tribute to Bubbalou’s late founder Sam Meiner and the history of the new location, which will feature a drive-thru option for customers in 2022.

“[The drive-thru] helps us a lot because the market right now has shifted into a takeout and to-go market,” Ward said. “So, the drive-thru will be one of our fortés, and I think we’re [going to] work diligently in trying to make it work.”

Ward plans to work closely with Chef Jason Carlucci to create consistency across the Winter Park and Mills Pig Floyd’s locations, which will both smoke their own meats. According to Ward, the team plans to open 50 Pig Floyd’s restaurants in the future, one of which will be a diner-style eatery called Peggy Floyd’s.

Since the building will need to be updated, Ward and his team have already started creating plans for demolition with architects assigned to the project, which he hopes to open by spring 2022.