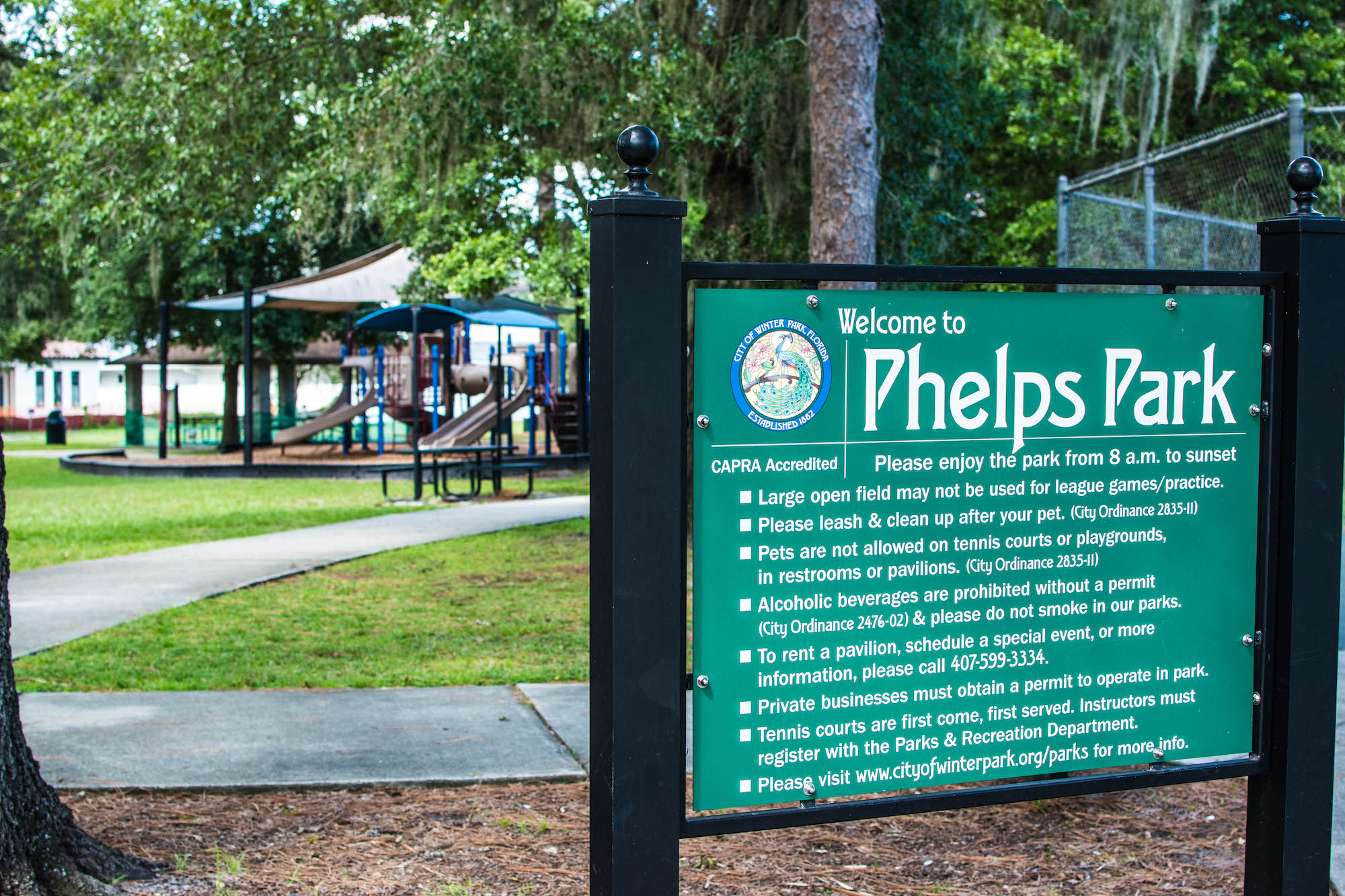 Several structures were removed from the former Phelps Park Playground in 2020. Now, several dissatisfied locals are lobbying for a change to the newly renovated park. Photo by: Abigail Waters

Several structures were removed from the former Phelps Park Playground in 2020. Now, several dissatisfied locals are lobbying for a change to the newly renovated park. Photo by: Abigail Waters
Share This:

A group of Winter Park residents known as the Concerned Families Who Play at Phelps Playground is gathering local support in their effort to lobby the City of Winter Park for additions to the newly renovated Phelps Park Playground. According to the group, the “epic downgrade” of Phelps Park Playground offers little equipment for older children to use when compared to the former structure. After nearly a year of petitioning, the group earned a spot on the agenda of the upcoming City of Winter Park Parks & Recreation board meeting, which is scheduled to take place at 5:30 p.m. on July 21.

The group is running a Help Fix Phelps campaign to encourage locals to attend the upcoming Parks & Recreation meeting and request the installation of the Fitness Challenge playground structure by Miracle Recreation, which is listed online for $24,000. The group believes that this addition to the playground would make the park better suited for older children. According to a resident spokesperson for the group, Christine Williams, the Parks & Recreation Advisory Board stated they would consider the request if enough residents attended the meeting.

Last year, three large play structures and two 10-foot swing sets were removed from the park. The structures were over three decades old at the time. In summer 2020, the City’s Parks & Recreation Department asked the public for input in selecting the setup that would replace the former playground. Six playground design options were listed for locals to review and vote on; however, several residents were dissatisfied with the process.

“The City did not provide a way for residents to include feedback about what aspects of the original playground were important to maintain in the new design,” Williams said. “I have talked with many other residents who said they also contacted the City right after this initial survey went out—they contacted commissioners, wrote the mayor, and some called the Parks & Recreation Department. They were also concerned that the special qualities of [Phelps Park Playground] would be lost, but it appears their concerns were dismissed as abruptly as mine were.”

Several families joined forces to create the Concerned Families Who Play at Phelps Playground group. Now, Williams’ family and a handful of others take the lead to get information out to residents near Phelps Park both electronically and by going door-to-door.

“We are dodging rainstorms morning and evening to hand out flyers,” Williams said. “We are delivering yard signs that we have made by hand using dry cleaning hangers for the stands, thanks to the kind donation of hangers by a Winter Park dry cleaner, and we have visited nearly every retailer on Park Avenue to try and get the word out. We can’t post signs at Phelps because they keep getting torn down, so we attach them to our cars whenever we are at the park. It is a true grassroots effort by so many residents who are upset about what was done to their beloved park and who want to fix Phelps.”

The Fitness Challenge playground structure Williams is proposing isn’t the “custom-designed, multi-faceted structure that made Phelps so special,” but she explained that it will allow older kids to play at Phelps again. “We feel confident this ask is reasonable given what was taken away from Phelps playground,” the group stated. “We feel the City should pay for it since they caused this problem by destroying the old Phelps playground and neglecting the needs of bigger kids when they designed the new one without consulting parents at the park.”

The community has played a crucial role in supporting the group’s effort. “Winter Park is such an incredible community and I feel so blessed to live here,” Williams said. “Some residents have put up yard signs and given us access to places with high visibility in the hope that other residents will learn about the meeting. Other residents have signed letters of support or written heartfelt emails telling how disappointed their kids are with the new playground.”

For more information on the Help Fix Phelps effort and another initiative to create a formal process for park renovations in the future can be found on the Concerned Families Who Play at Phelps Playground website.