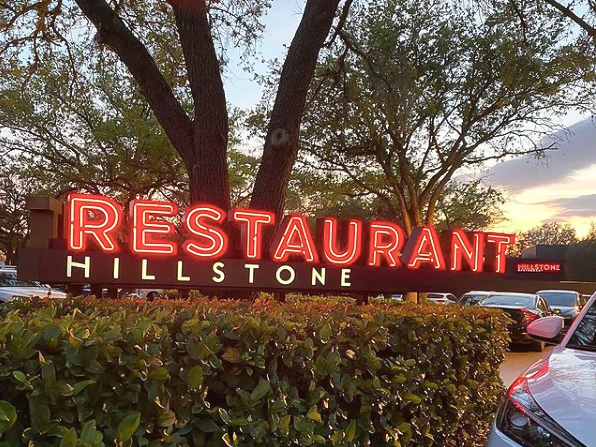 The Winter Park Police issued a trespass warning to local businessman, Bruce Woodburn, based on a to-go incident now referred to as ‘Saladgate’. Image Courtesy of: Hillstone Restaurant

The Winter Park Police issued a trespass warning to local businessman, Bruce Woodburn, based on a to-go incident now referred to as ‘Saladgate’. Image Courtesy of: Hillstone Restaurant
Share This:

On June 22, an incident being referred to as “Saladgate” erupted on social media when Winter Park police officers issued Bruce Woodburn a trespass warning after he requested two salads to-go from Hillstone Restaurant. After sharing his story in a Facebook video, the CrossCountry Mortgage branch manager’s recount of the “ridiculous” experience not only went viral, but also coined another name: CSI: Criminal Salad Investigation.

For nearly 20 years, Woodburn has ordered the same salad to-go for his wife at Hillstone, a restaurant he has frequented since it was known as Houston’s. But, on Tuesday, that tradition ended with two Winter Park police officers and a trespass warning.

“I asked the server if I could please have two salads to-go, one chicken salad and one Caesar salad. And so, she takes my order then comes back and says, ‘I can’t let you have that salad to-go,’” Woodburn said in his video. “Well, we’ve been ordering that salad for 20 years here when it used to be Houston’s same salad. My wife loves [the salad], and whenever I go for a business lunch, I always grab one and bring it home for her.”

The server explained that it would be against restaurant policy to let Woodburn take the salad home.

After Woodburn was denied the to-go order, his friend Chelsea Herring, with whom he was dining, then attempted to order the salads to the table for in-restaurant dining. According to Woodburn, Herring said they would eat the meals at their table, but the managers did not believe the “intent” of either eater and denied both of them the salads again.

According to Woodburn, the manager told him that the restaurant would not let him order a salad for in-restaurant dining and alluded to the possibility of Woodburn asking for a to-go container once the server delivered the salads to the table.

Woodburn explained in his video that he understood the restaurant would not be accountable for maintaining the flavor or ingredients of the salads while he transported them home to his wife. “It’s not like I’m to return this salad,” Woodburn said. “The manager comes back and she says, ‘I need you to leave.’”

Woodburn went on to explain that he and Herring were not “getting irate” and that neither of the two diners raised their voices during the conversation with the restaurant managers.

“The head manager comes over and she goes, ‘I need you to just pay this bill and get out of here,’” Woodburn said. As the two diners made their way out of the restaurant, Woodburn recounts, the two Hillstone managers were outside in the Hillstone parking lot waiting for he and Herring. According to Woodburn, the managers were accompanied by two Winter Park police officers, along with three to four police cars.

“I looked at the cops and I looked at those two managers and I said, ‘Is this really, really the deal? I mean, are we really doing this?’” Woodburn said. “If you decide to go to Hillstone’s in Winter Park, be careful. But if you order a salad to-go, you could get an arrest warrant and you might be charged for trespassing if you ever show up there again.”

Since the incident, Woodburn has shared various videos of his visits to other local restaurants on his Facebook page, and various news outlets like Fox35, Channel 6, and Channel 2 News have reached out curious about the story, according to Woodburn. However, the alleged trespasser has still not heard from Hillstone regarding the events that ensued on Tuesday, despite his video receiving over 39,000 views on Facebook.

“I told one reporter, ‘You’ve got to reach out to Hillstone and get their side of the story,’” Woodburn said. “If there’s something that happened there that I did then I’d sure like to know what it was. I do all my business lunches there; I love the food and I like Hillstone! After 20 years of coming there and ordering that same salad, why would you treat me like that?”

In a conversation Woodburn had with the32789, he explained that he would be happy to discuss the situation further with the Hillstone managers; however, the Winter Park restaurant has not reached out to him regarding the incident, and he is no longer allowed on the property due to the trespass warning.

Woodburn, who was clearly more amused than disgruntled about the incident, concluded his good-natured video with the following advice: “My advice to you is to be careful. You can get arrested, or you could get served a warrant, when ordering a salad.”

Hillstone did not have a comment on the recent incident at this time.