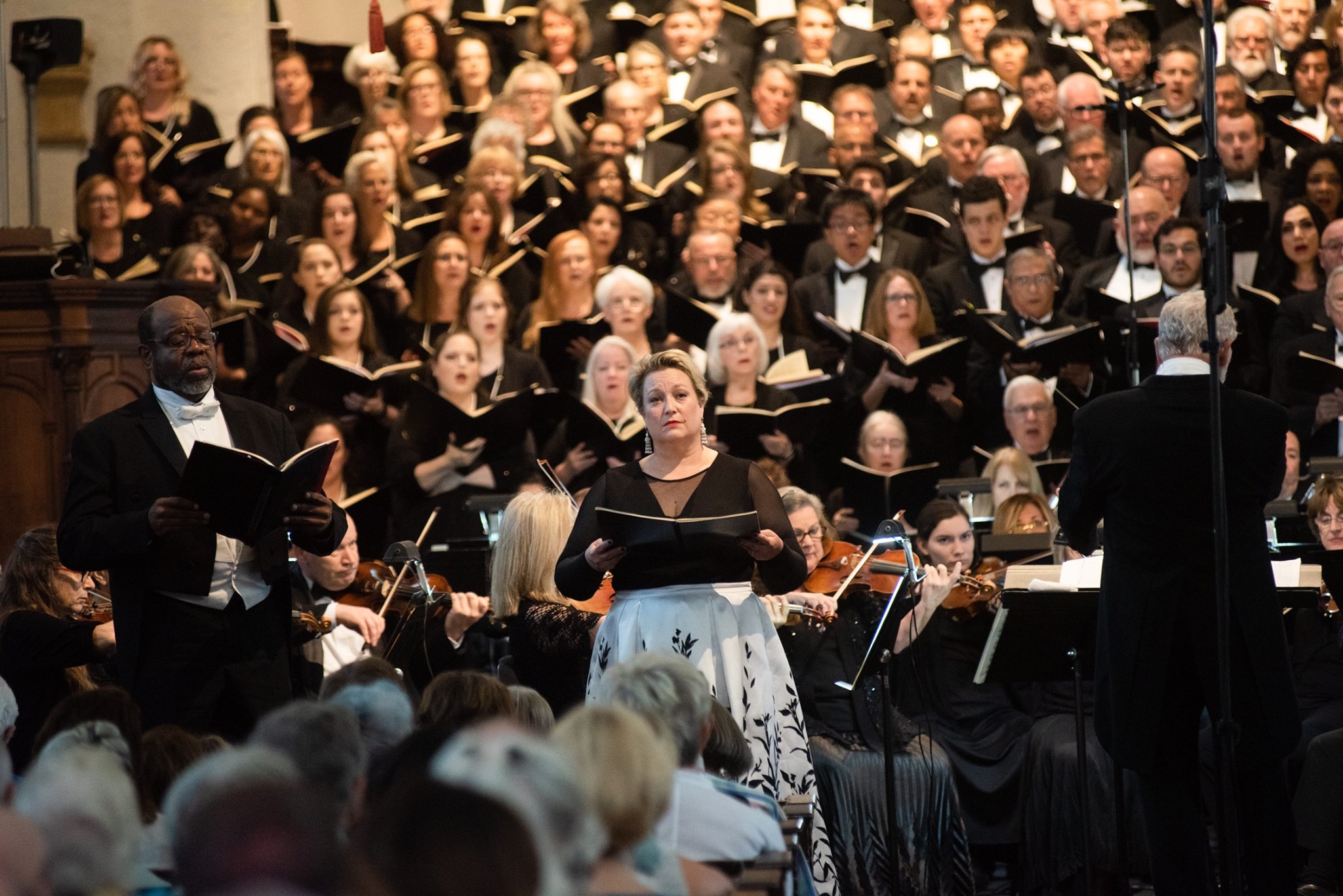 The Bach Festival Society of Winter Park recently announced its 87th season, which is scheduled to return February 4 to 27, 2022 and include three concerts, the Annual Bach Festival, and its Christmas in the Park performance.

During its 87th season, the nonprofit plans to continue its traditional concerts, master classes, and community events in Central Park with the addition of a new 20th Anniversary 9/11 Memorial Service performance on September 11, 2021; however, details about time and location have not yet been announced.

The three Choral Masterworks concerts will be held at Rollins College’s Knowles Memorial Chapel again and will include Mozart, Barber and Lauridsen, A Classic Christmas, and Nathaniel Dett’s “Ordering of Moses” and Joel Thompson’s “Seven Last Words of the Unarmed.” Once event tickets go on sale, they can be purchased through the group’s website.

Also returning in 2021 are the “Insights & Sounds” and the “Visiting Artists” series. The former is part discussion and part concert, and it gives audience members a chance to gain a deeper understanding and appreciation of the music. Betsy Gwinn, executive director of the Bach Festival Society, expressed both excitement and relief at this year’s full season of conventional offerings.

“Those events in Central Park and the West Meadow were highly visible because of the location,” Gwinn said. “I think it introduced the Bach Festival Society to a new audience in Winter Park. I had lots of people come up and say, ‘What’s this? I’ve heard about the Bach Festival.’” Gwinn said she’s hopeful some of those people will purchase tickets to the concerts and events this year.

Last year, many of the traditional concerts held at Rollins College were canceled due to COVID-19 concerns. Instead, the choir and orchestra held concerts in Central Park’s West Meadow, along with certain weekend performance initiatives as part of the economic recovery efforts.

Founded in 1935, the Bach Festival Society is Central Florida’s longest running performing arts organization. It consists of an all-volunteer choir of more than 180 singers and a professional orchestra of nearly 50 musicians.

Visit the Bach Festival Society’s website for more information about the new 2021-2022 season.