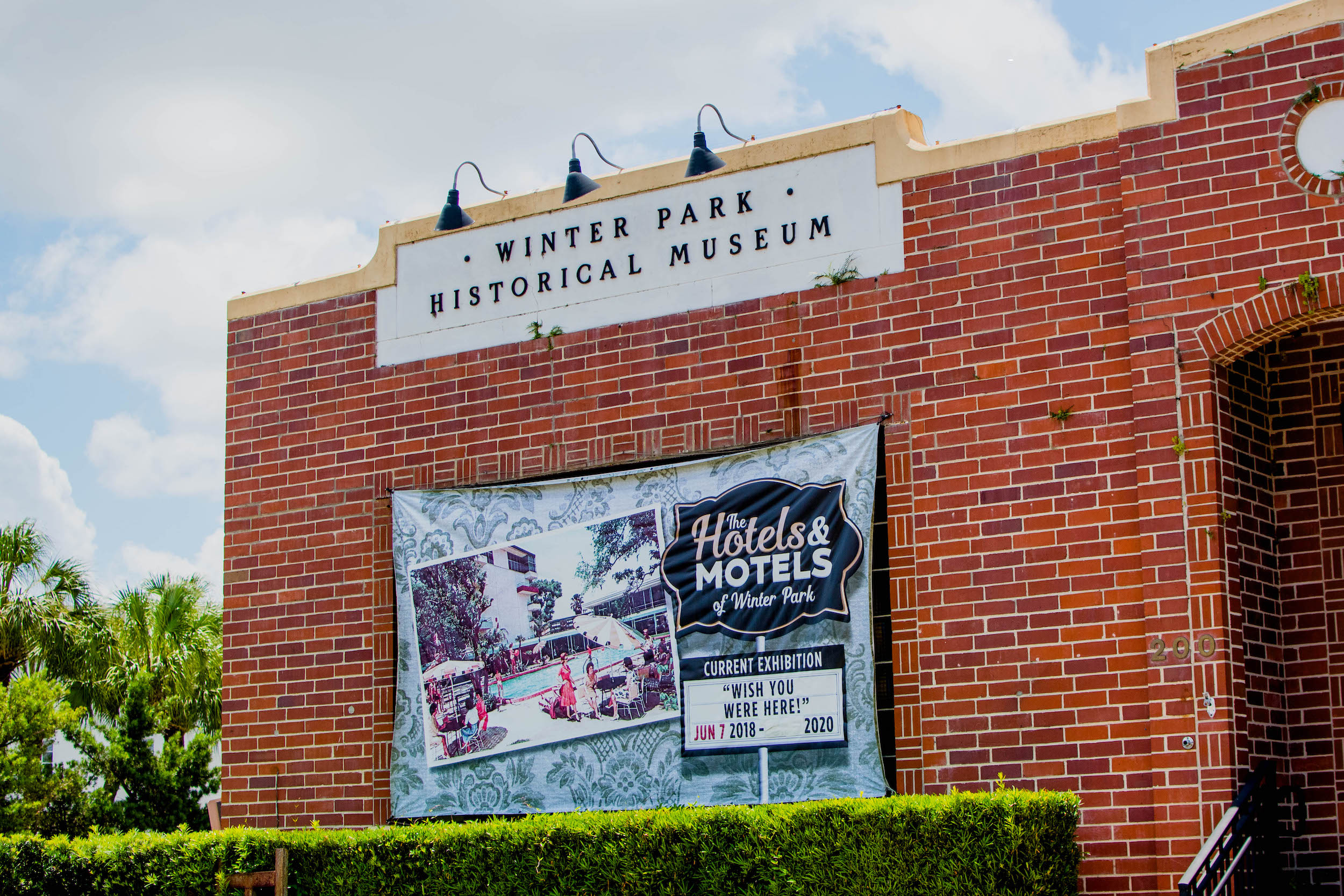 This June, the Winter Park History Museum will unveil its new exhibit that provides locals with the opportunity to interactively experience life as a Rollins College student in the school’s early years. Photo by: Abigail Waters

This June, the Winter Park History Museum will unveil its new exhibit that provides locals with the opportunity to interactively experience life as a Rollins College student in the school’s early years. Photo by: Abigail Waters
Share This:

On June 17, the Winter Park History Museum will invite locals to visit a new, interactive experience that shares the story of Florida’s first college, Rollins College, during its early years. The exhibit will showcase recreations of what the life of a student at the college looked like from 1885 to 1935, highlighting both Rollins and Winter Park milestones.

Founded in 1885, Rollins College was introduced just three years after a train depot, the first building dedicated to the City of Winter Park, was established. “The town and the college literally grew up alongside of each other. Their history is intertwined, as together they celebrated milestones and tackled the challenges of citrus freezes, the Great Depression, and wars,” said Christy Grieger, executive director of the Winter Park History Museum. “This is the story of how a village of merely 600, struggling to establish basic services for themselves, seized the opportunity to establish the first college in Florida.”

With aims to recreate an accurate depiction of Rollins during its early years, the museum will provide each visitor with an interactive experience of college life. Recreations will include a 1930s dormitory room, former college president Hamilton Holt’s “Conference Plan” classroom, and a student union displaying five decades of college sports, fads, trends, and fashion. Unfamiliar to most Winter Park residents, the college also had a preparatory school to prepare students for their journey to Rollins, which the museum plans to include in the exhibit as well. “We always have an area in the museum for children. We are a hands-on museum, so this room will be dedicated to letting the children ‘play school’ in their own space,” Grieger said. “The children’s playroom is designed as a ‘turn-of-the century classroom’ with wooden desks, books, and toys from the period.”

The idea for the exhibit came during a committee meeting when a Rollins history department intern, Devorah Burgess, suggested an in-depth exhibition of the college. Following her recent graduation with the Rollins College Class of 2021, Burgess earned a position as an executive assistant at the museum where she will be able to watch her vision come to life. Known as “the little museum that could,” the Winter Park History Museum is only 900-square-feet, so the exhibition team has been strategic when incorporating authentic, lasting features in the exhibit. “While researching for this exhibition, we worked closely with the Rollins Archives, former alumni, and family members whose relatives attended Rollins during the school’s first 50 years,” Grieger said. “It has been an honor to incorporate their stories and artifacts into the exhibit and feature personal connections as part of the museum experience.”

Since the town’s establishment, securing the presence of a college in Winter Park was a priority for both financial and cultural reasons. The Congregational Church worked with the State of Florida in an application process to be selected as the site for the state’s first college. The town was ultimately chosen after Winter Park residents, most of whom were educated at New England colleges, beat out larger cities with funding and land pledges. “A liberal arts college would attract other well-educated settlers ― professors, lecturers, and administrators ― to Winter Park,” Grieger said. “The college would vastly increase the town’s cultural opportunities by hosting visiting lecturers and providing professional art, musical, and theater programs. In fact, this was the foundation of Winter Park’s reputation as the city of arts and culture.”

Today, Winter Park residents know Rollins as a prestigious, well-established college; however, that was not always the case according to Grieger. Shortly after the school opened, a series of devastating citrus freezes, campus fires, and a national depression impacted the college’s campus and enrollment. “In the first 40 years, Rollins struggled with stable leadership ― eight presidents and three interim presidents were installed. For decades, they struggled to pay bills and make payroll,” Grieger said. “There were years the administration considered it impossible to open in the fall, but the turning point for the college was the arrival of Hamilton Holt. During his administration [from] 1925 to 1949, Rollins flourished with innovation, and his contributions created the blueprint the college enjoys today.”

The “Rollins: Florida’s First College, The Early Years 1885-1935” exhibit will be open to the public free of cost on June 17 at the Winter Park History Museum, which is located at 200 W. New England Avenue. “For generations, Winter Park has been blessed with citizens who value the importance of preserving the original vision of our founders,” Grieger said. “When visitors remark about Winter Park’s charm, they may not realize that it is our preservation of the past that creates the authentic atmosphere of our town today.”