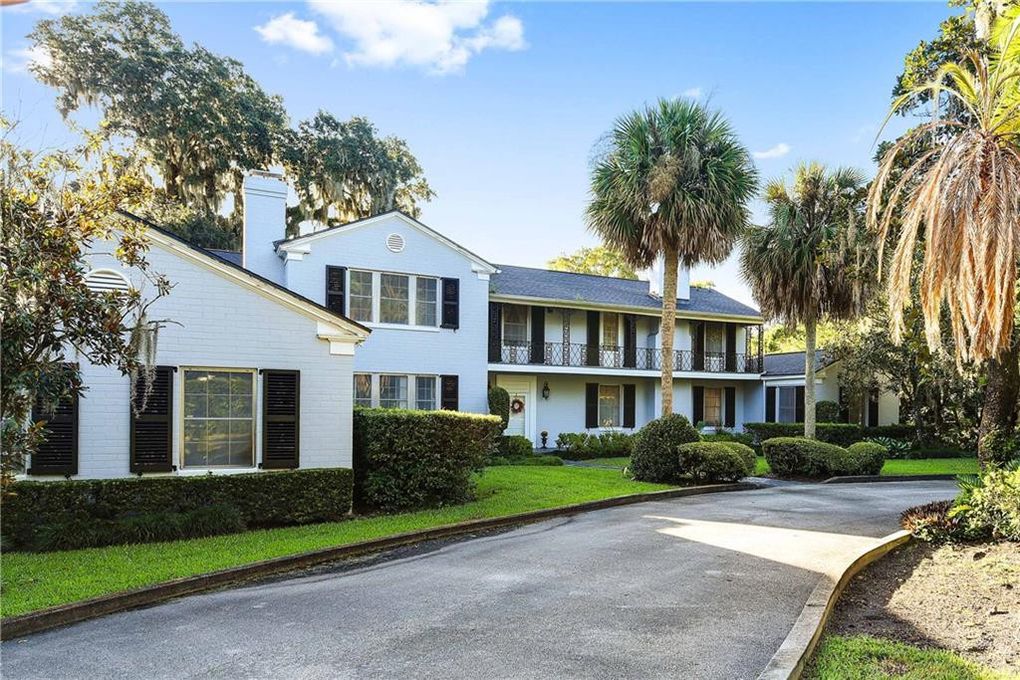 A lakefront home built by American architect, Gamble Rogers, was sold on March 25 for the first time since it was built in 1955. Image courtesy of: Realtor.com
Sponsored By:

A lakefront home built by American architect, Gamble Rogers, was sold on March 25 for the first time since it was built in 1955. Image courtesy of: Realtor.com
Share This:

Last month, Carrie Carter, designer and founder of Cypress & Pitch Interiors, and her husband Daryl Carter, the CEO and president of Maury L. Carter & Associates, Inc., attended an open house for a Winter Park property that had been on the market for 1,221 days. On March 25, less than a month later, the historic, 4,810-square-foot Gamble Rogers estate at 740 Palmer Avenue was officially sold to the Carter family, marking the home’s first sale since its construction.

In 1955, John Walter Tucker, the late president and CEO of Tucker & Branham, an Orlando-based insurance, real estate, and mortgage banking firm, and his wife, Marjorie, were gifted the property as a wedding present. After receiving the gift, Tucker hired James Gamble Rogers II, a famous Winter Park architect known for his work at Casa Feliz and Rollins College, to design and construct the home. According to Tucker’s three children, who maintained and listed the property after he and his wife passed, the estate was on the market so long that buyers thought something was wrong with it. According to new homeowner Carrie Carter, the home has “a perfectly strong foundation and good bones.”

Derrick Koger, owner and president of Derrick Builders, Inc., is contracted for the renovation of the project. According to Koger, Rogers’ involvement in the home’s design and construction was a key reason he couldn’t say no to the project. “He’s always done very quiet, non-screaming architecture that has great historical value to it,” Koger said. “I’m looking forward to reviving the exterior to its original flavor and feel of the 1950s era and, at the same time, working with Carrie to create a transitional interior that brings it up more to today.”

Koger, who is known for his work at Golden Oak and the Four Seasons Private Residences at Walt Disney World Resort, has carefully selected a “a small but mighty dream team” for the redesign, according to Carrie Carter. Koger explained that this is not a typical project for him as he typically focuses on new construction, however, he has constructed all the Carter family’s homes and has a longstanding relationship with the family.

“The attraction to this project is that the owners are very authentic in nature. This makes a great pairing when you have a historical home, a great property, and owners that are dedicated to doing it the right way,” Koger said. “I think that’s the real dream team: the craftsman and a client who is facilitating the right development and proper funding for the project. When you have that combination, I think that’s the real ‘dream team’ and what is ultimately going to make the outcome of this project so special.”

Currently in the process of developing a new floor plan, Koger and Carrie Carter are partnering to rework the layout and design of the property. The house is estimated to undergo a renovation that will cost roughly $1 million due to differences in building and structural materials, along with bringing the home up to code. Additionally, acquiring the original plans for the house to base the new construction has been difficult. According to the Tuckers, the documents Rogers drew up upon designing the home are in a special section of the Winter Park Library and can only be accessed upon request and with gloves.

With plans to illuminate the beauty of the property during the renovation process, the team is also prioritizing the preservation of the historic significance and charm of the property. “As soon as we walked into the open house, I felt almost emotional about the property—which is very rare for me considering I work on houses every day,” Carrie Carter said. “With a James Gamble Rogers design, there’s an appropriate proportionality to the home. As an interior designer, I am excited to have the opportunity to restore one of his beautiful homes to enjoy with my family for decades.”

Winter Park-based realtor, Kelly Price of Kelly Price & Company LLC, represented both sides of the deal after new homeowner and Orlando-based commercial real estate broker, Daryl Carter, waived his broker’s fee for the sale of the home. As featured on the Winter Park Scenic Boat Tour, the double-water frontage property sits on Lake Osceola and is cornered by the Venetian Canal, which was constructed by the City of Winter Park due to soil concerns in the 1900s.

After feeling such a connection to the home, the Carters wanted to solidify their interest, offer, and commitment to honoring the history of the property during the renovation process. “The day we saw the property, we wrote a letter to the Tuckers and promised not to tear down their family’s home, but to restore it. While others may have valued the property for its beautiful lakefront setting, we fell in love with the home,” Daryl Carter said. “I remember first learning about the Tuckers when I worked for my dad [Maury Carter], who knew and respected Mr. Tucker and his business. 66 years after the Tuckers built it, we are privileged to be the second family to ever own the home.”

The two families have become friends throughout the sales process. Following their closing, the Tuckers met the Carters at the 740 Palmer Avenue home for a champagne toast, and shared stories and memories from growing up on the property. While packing and moving their parents’ memorabilia out of the home, the Tuckers also gifted the new homeowners with various collectables they felt should stay with the house, such as an old painting and a glass decanter.

The timeline for renovation and revival of this Winter Park home, according to the team, is estimated for 12 months; however, the contractor cannot confirm a hard deadline for the project due to unpredictable permitting requests and the impact of COVID-19 on the construction industry. Although listed online for $2.75 million, the couple chose not to disclose the final sale price of the property or final floorplans for the project.