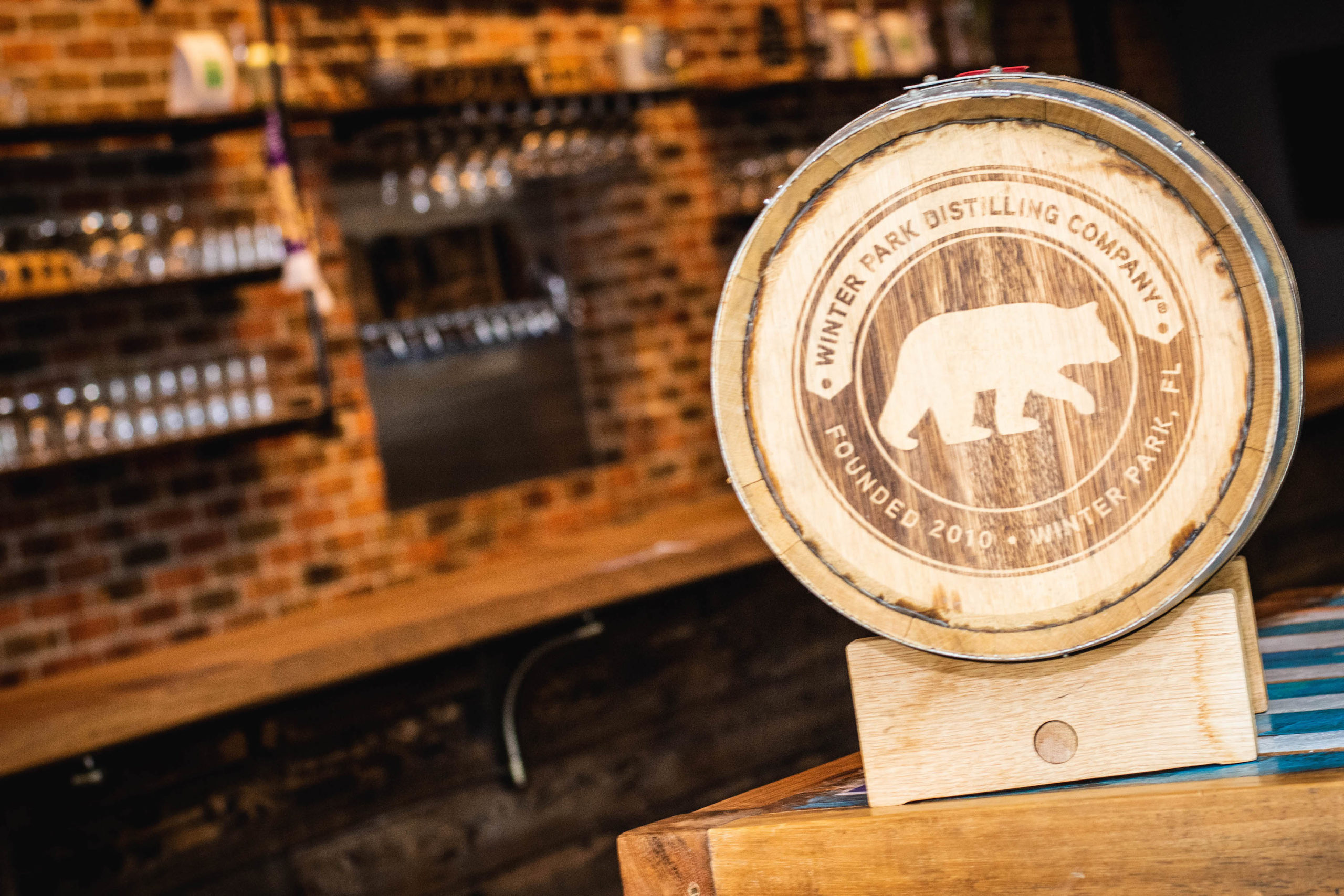 Accompanying its relocation announcement, owners of the Winter Park-based Brewstillery are optimistic about the new Downtown Orlando concept and look forward to expanding back into the 32789 in the future. Photo by: Abigail Waters

Accompanying its relocation announcement, owners of the Winter Park-based Brewstillery are optimistic about the new Downtown Orlando concept and look forward to expanding back into the 32789 in the future. Photo by: Abigail Waters
Share This:

The Winter Park Distilling Company opened its doors to locals more than a decade ago in Winter Park and later expanded into the adjoining space with the Bear and Peacock Brewery, creating Florida’s first “Brewstillery” concept right here in Winter Park. Last week, the team announced plans to relocate the Brewstillery to a new space in Downtown Orlando’s Creative Village neighborhood.

Born and raised in Winter Park, Paul Twyford and Andrew Asher, the owners and founders of both the distilling company and brewery, originally opened their craft distillery in 2010 and then established the accompanying brewery in 2016. Located on N. Orange Avenue, the Brewstillery offers a “fully-functioning liquor distillery, brewery, package store and taproom all under one roof.” Although Florida is most known for its beaches, Winter Park offers residents the opportunity to experience a different side of the Sunshine State and is the perfect climate for barrel aging bourbon, according to the team.

The Brewstillery is being developed in partnership with 639 Robinson LLC and will offer distilled spirits, craft beer, and a food menu at its new venue, which will be located near the Exploria soccer stadium on the steps of University of Central Florida’s downtown campus. “We are very excited about this move,” said Winter Park Distilling Company and Bear and Peacock Brewery co-founder, Paul Twyford, in a recent press release. “The new location in combination with 639 Robinson’s proven track-record developing venues will allow our craft distillery and brewery to reach a much larger audience while remaining loyal and accessible to our existing fans.”

Looking forward to opening the new concept, the Winter Park-based co-founder is also optimistic about the possibility of the distillery returning to the32789 in the future. “While the Creative Village location represents an amazing opportunity for us, Andrew and I both grew up here and love Winter Park,” Twyford said, referring to co-founder Andrew Asher. “We look forward to expanding back into Winter Park when the right situation presents itself.”

On April 25, the Winter Park Brewstillery and the Bear and Peacock Brewery Taproom will close to the public. Although a specific date has not yet been announced, the owners believe the new facility will be open no later than Fall 2021.