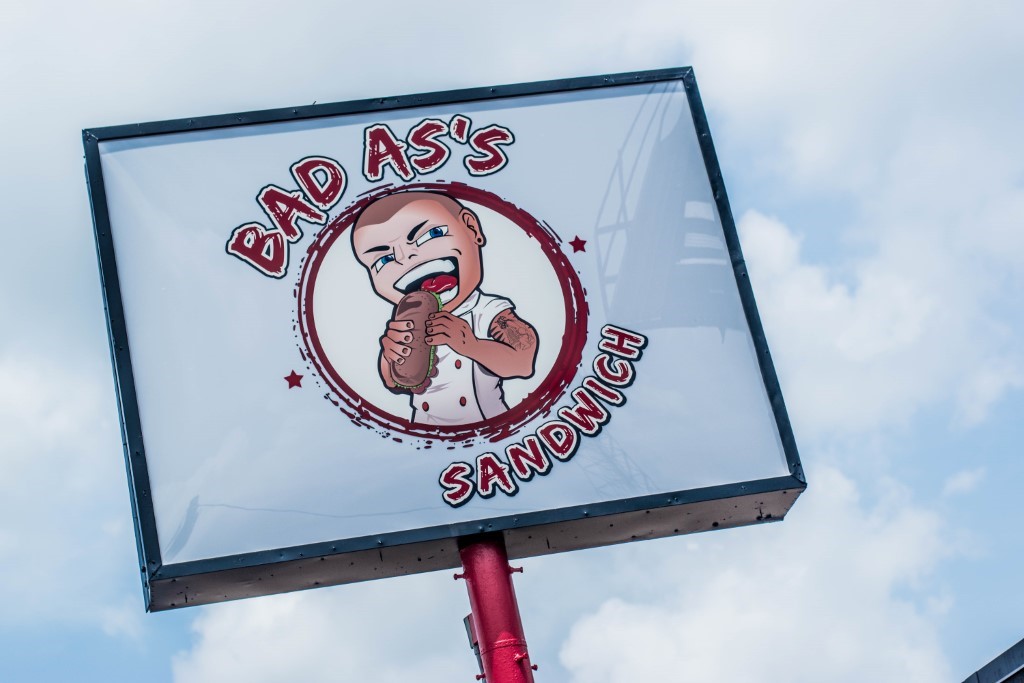 The new Bad As’s Sandwiches location is on Fairbanks Avenue. Photo By: Abigail Waters
Share This:

If you haven’t had the chance to try one of the unique offerings from Bad As’s Sandwiches, now is the opportunity as Chef, Owner John Collazo has brought his dream sandwich shop to Winter Park. The newest location is at 1881 W. Fairbanks Ave. just across the block from Lombardi’s Seafood.

Collazo is no stranger to the culinary world, having held high-level positions in many award-winning restaurants including Anaelle and Hugo and KASA Restaurant & Bar. Bad As’s Sandwiches began as a food truck in 2014 and quickly became an Orlando staple, known for its fresh ingredients and unique combinations. Only two years later, the first brick and mortar store opened its doors in The Milk District. After eight years, and over 80 menu items later, Collazo has opened another brick and mortar store in Winter Park. In addition to standard dining, the restaurant pays homage to the original food truck that started it all for Collazo by offering catering and a food truck rental service for private or corporate events.

The menu will feature some of the non-modifiable classics, like “Porkalypse,” a spin on a pork sandwich which includes Adobo Pork, bacon, gouda, house-made pickles, tamarind BBQ sauce and crispy onions. If you aren’t sure what to try, some popular favorites are the “Hog” pork sandwich and a spicy honey “Killer” chicken sandwich. Although many of the meals include meat and cheese, there is something for everyone including an HHH (Happy Healthy Humans) vegetarian sandwich that can be made vegan upon request. Every sandwich is accompanied by a side of ships, but there is the option to swap out for pork rinds, tater tots, or canaritos (sweet plantains).

When asked about opening another location, Collazo said, “I never thought in my life I would be doing something like that.” He is most proud of the energy and love he’s received from the Winter Park community. “Our new staff is really feeding off that great energy that people are bringing in.” Collazo began his venture working by himself from 11 a.m. – 3 p.m. daily and now employs over 20 people. He is happy to supply more jobs in the area and have such a strong team. “How Orlando has been supporting us has been just incredible.”

Although new to Winter Park, Bad As’s Sandwiches is already making connections in the32789. A few weeks ago, Chef Collazo and his team prepared and delivered complimentary meals for the Winter Park Fire and Police Departments.